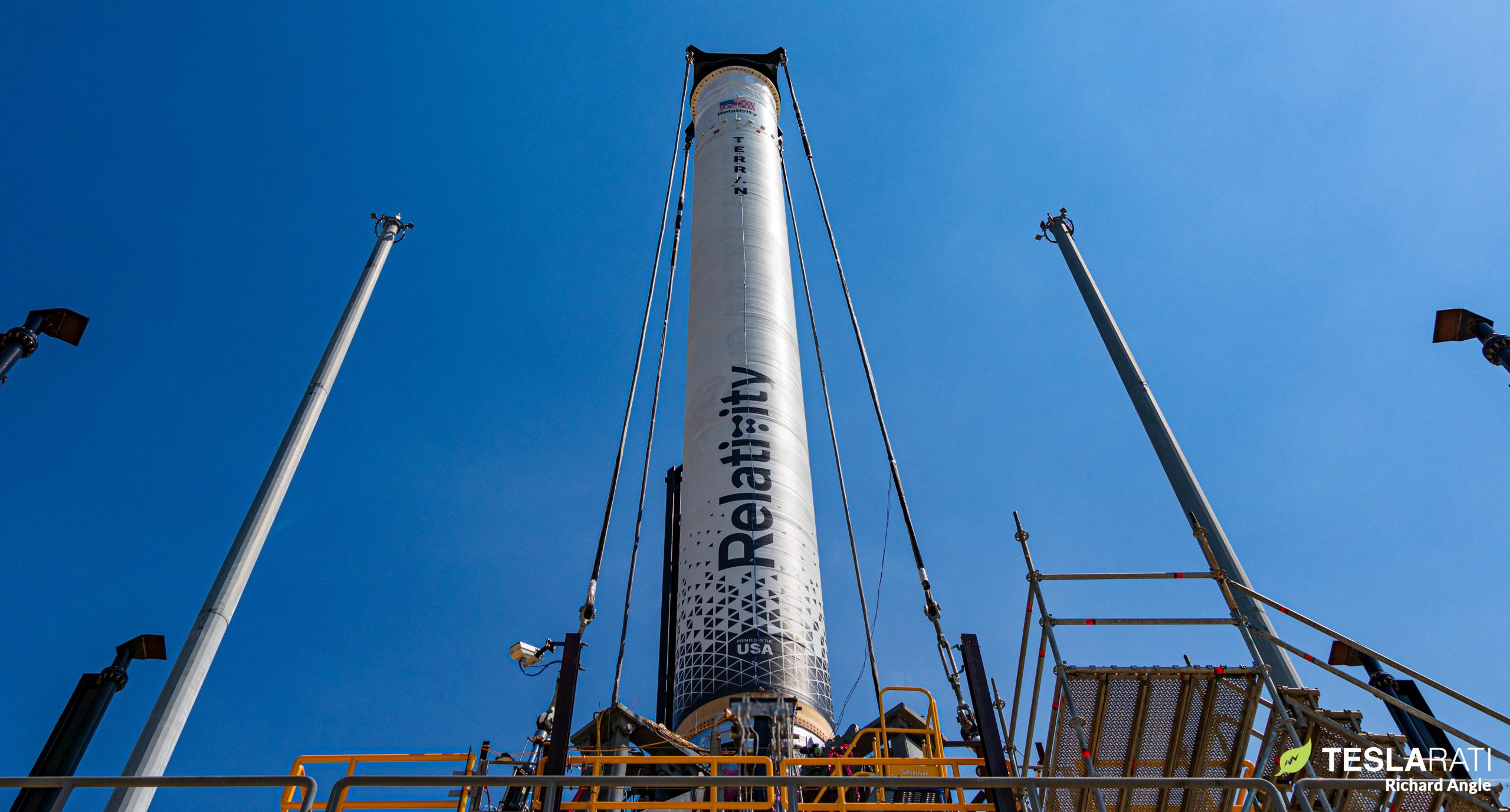 Relativity can almost taste the vacuum of space. A substantial amount of work remains, but the startup continues to defy expectations with its relentless and methodical push towards the first orbital launch of a 3D-printed rocket.

Founded in 2015, the Los Angeles-based aerospace company has taken its few years of obligatory delays in stride while pursuing a 2020 debut for its (relatively) small Terran 1 rocket. In a world with dozens of serious rocket startups, missing one’s initial launch target is practically a rite of passage – the path to orbit is never as straight and bump-free as the highway on-ramps that are often promised in pitch decks. Relativity Space, however, is no average rocket startup.

Save for SpaceX, which operates in a league of its own, no other private rocket startup has come close to matching the $1.3 billion Relativity has raised to develop Terran 1 and the much larger Terran R. More importantly, in a recent interview with Aviation Week, CEO Tim Ellis (a former Blue Origin engineer) revealed that the company could be “weeks away” from the first launch of Terran 1, a rocket that is 85% 3D-printed by mass and could simultaneously debut a new kind of rocket fuel.

Once fully assembled, Terran 1 – weighing around 9.3 tons (~20,500 lb) empty and measuring 33.5 meters (110 ft) tall – will be the largest metal 3D-printed object in the history of the technology. From that perspective, it’s hardly surprising that Relativity Space is a few years behind schedule. In fact, it’s odd that the startup isn’t more delayed, and it’s even more impressive that Terran 1’s first launch campaign has gone as smoothly as it has.

Terran 1 Flight 1’s booster stage and upper stage both arrived at the company’s leased Cape Canaveral Space Force Station LC-16 pad sometime in May 2022. Terran 1’s first stage came directly from the California factory. The second stage (S2), however, first shipped to a Mississippi test stand a few months prior and, on its first try, completed a full-duration multi-minute static fire test known as a mission duty cycle (MDC) – about as close as it’s possible to get to replicating orbital upper stage operations on the ground. The flawless MDC was preceded by a number of simpler precursor tests, of course, but the rocket performed more or less as expected throughout the entire qualification program. If Terran’s second stage ignites again, it’ll be at the edge of space.

Since June, the critical path for Terran 1’s launch debut has thus been qualifying the first finished Terran booster. Rather than modify its Mississippi test facilities, Relativity decided to temporarily modify its heavily upgraded LC-16 pad to support booster qualification testing. Thanks to the heroic work of a shockingly small team of five people, the pad was ready to kick off testing as soon as the Terran 1 booster arrived in Florida. Even more surprisingly, senior manager Lorenzo Locante says that LC-16 – practically a new pad after Relativity’s extensive modifications – has “performed perfectly” during every booster qualification test attempted thus far.

That testing has included pneumatic proofing (an ambient-temperature gas pressure test), possible cryogenic proof tests, multiple rounds of propellant loading, preignition testing of its nine Aeon engines, and multiple spin-start tests (the last step before static fire testing) with the same engines. Given that LC-16 and Terran 1 must handle cryogenic oxidizer (liquid oxygen) and cryogenic fuel (liquid methane), which can easily create a flammable and bomb-like mixture of gases from even the smallest of leaks, it’s difficult to emphasize just how difficult it is to ensure that a complex launch pad and rocket perform nominally during their first joint testing.

According to engineers onsite during a private Teslarati tour of Relativity’s Florida launch facilities, Terran 1 S1’s next goal is to fully ignite its Aeon engines. After one or more successful static fires, the booster will be integrated with the upper stage and nosecone for a final full-duration static fire test that will also double as a full wet dress rehearsal (WDR). Testing the fully-integrated Terran 1 rocket will only be possible once LC-16’s full strongback and launch mount (also known as a transporter/erector) is completed, but that final piece of the puzzle should be ready any day now.

The coming weeks will likely be some of the company’s riskiest and most difficult yet. If the rocket and LC-16 continue to operate as smoothly as they have been, however, there’s a nonzero chance that Terran 1 could beat the likes of SpaceX (Starship), Blue Origin (New Glenn), and the United Launch Alliance (Vulcan Centaur) to the punch to become the first methane and oxygen-fueled rocket in history to attempt an orbital launch.*

*While SpaceX’s Starship is technically the first large-scale suborbital methalox rocket to attempt (and complete) a launch, there has never been an orbital methalox launch attempt.

Capable of carrying up to 1.25 tons (~2750 lb) to low Earth orbit for as little as $12 million, Terran 1 also has a shot at becoming the first new privately-developed 1-ton-class rocket of any kind to successfully reach orbit. On that front, though, Relativity is in a neck-and-neck race with Firefly Aerospace and ABL Space, both of which intend to launch similarly-sized rockets at some point in the next few months. It’s never been less clear who will cross the finish line first but one would be hard-pressed to count Relativity out.