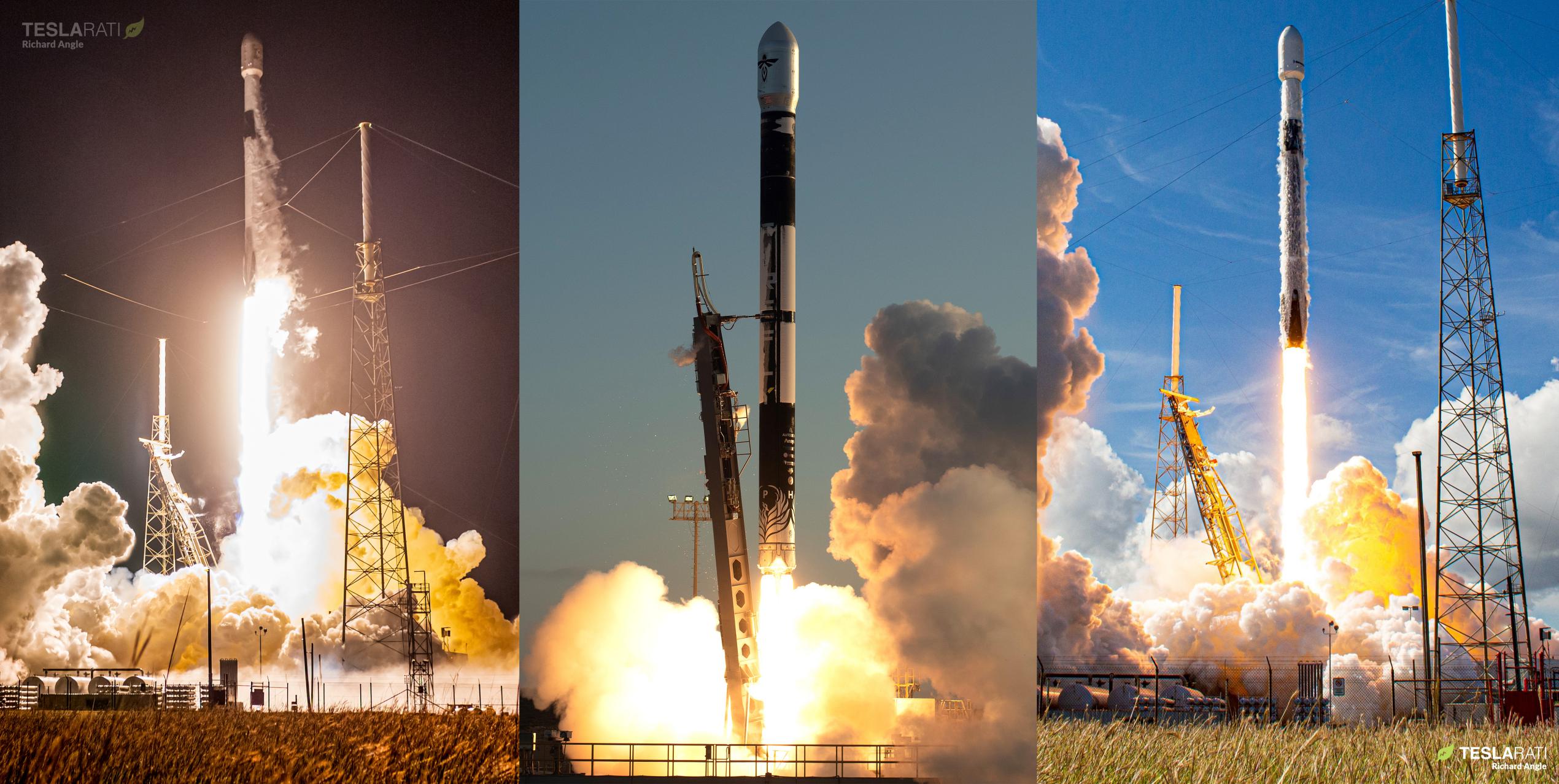 Three US-made rockets are on track to launch this weekend. (Richard Angle/Firefly Aerospace)

Update: As is a common occurrence in spaceflight, two of the three planned missions have been delayed or scrubbed. Firefly’s second Alpha launch has slipped to no earlier than (NET) September 12th after an aborted attempt on the 11th, and SpaceX’s Starlink 4-34 mission was pushed from September 11th to September 13th.

SpaceX and Firefly Aerospace are on track to attempt three orbital launches this weekend as the former continues to relentlessly assemble a constellation of Starlink internet satellites and the latter works to secure its first success.

On the heels of 40 successful Falcon 9 launches this year, SpaceX is a few days away from two more Starlink missions that will likely leave the company with more than 3000 working satellites in orbit.

Founded in 2017, 15 years after SpaceX, Firefly Aerospace is almost entirely focused on one near-term goal: the first successful launch of its Alpha rocket.

Firefly’s Alpha rocket lifted off for the first time on September 2nd, 2021. Just moments after launch, a faulty cable caused one of the Alpha first stage’s four Reaver engines to shut down, immediately dooming the attempt. The rocket inexplicably persevered, though, and managed more than two minutes of powered flight before it lost control, became a range safety risk, and was terminated.

More than a year later, Firefly believes it has solved the problems that doomed Alpha Flight 1 and is on the cusp of the rocket’s second launch attempt, which has been scheduled no earlier than (NET) 3pm PST (22:00 UTC) on Sunday, September 11th.

Recently, the second fully stacked Alpha rocket completed a wet dress rehearsal and static fire while installed on Firefly’s Vandenberg Space Force Base (VSFB) SLC-2W pad, confirming its readiness for flight. Measuring 1.8 meters (6 ft) wide and 29.5 meters (~95 ft) tall, Alpha is about half the width and height of SpaceX’s Falcon 9 workhorse, and Firefly estimates that the expendable rocket will be able to launch up to 1.17 tons (~2560 lb) to Low Earth Orbit (LEO).

That’s several times more performance per launch than competitors like Rocket Lab, Astra Space, and Virgin Orbit, but 14 times less than a partially reusable Falcon 9. At $15 million apiece, however, the rocket’s list price will be 4.5 times less than Falcon 9’s, which could be enough to create a niche for customers that want to spend a bit more to send smaller satellites exactly where they want instead of getting dropped off in the general vicinity as a rideshare payload.

Demonstrating an impressive level of transparency, Firefly will offer a public livestream of Alpha’s second flight in full awareness that it could ultimately broadcast a launch failure for the second time in a row. There are very few instances in the history of spaceflight where a new group’s new rocket successfully reached orbit on its first launch, so it’s a credit to the startup to acknowledge the reality that launch failures are a common extension of the development process, rather than something to hide from the public.

SpaceX knows that reality well. Falcon 1, its first rocket, was about half the size of Firefly’s Alpha and suffered three launch failures in two and half years before finally succeeding on its fourth attempt. More than a magnitude larger, Falcon 9 likely benefitted from SpaceX’s Falcon 1 experience and had a much smoother start to life, though it did eventually experience its own share of failures years after its 2010 debut.