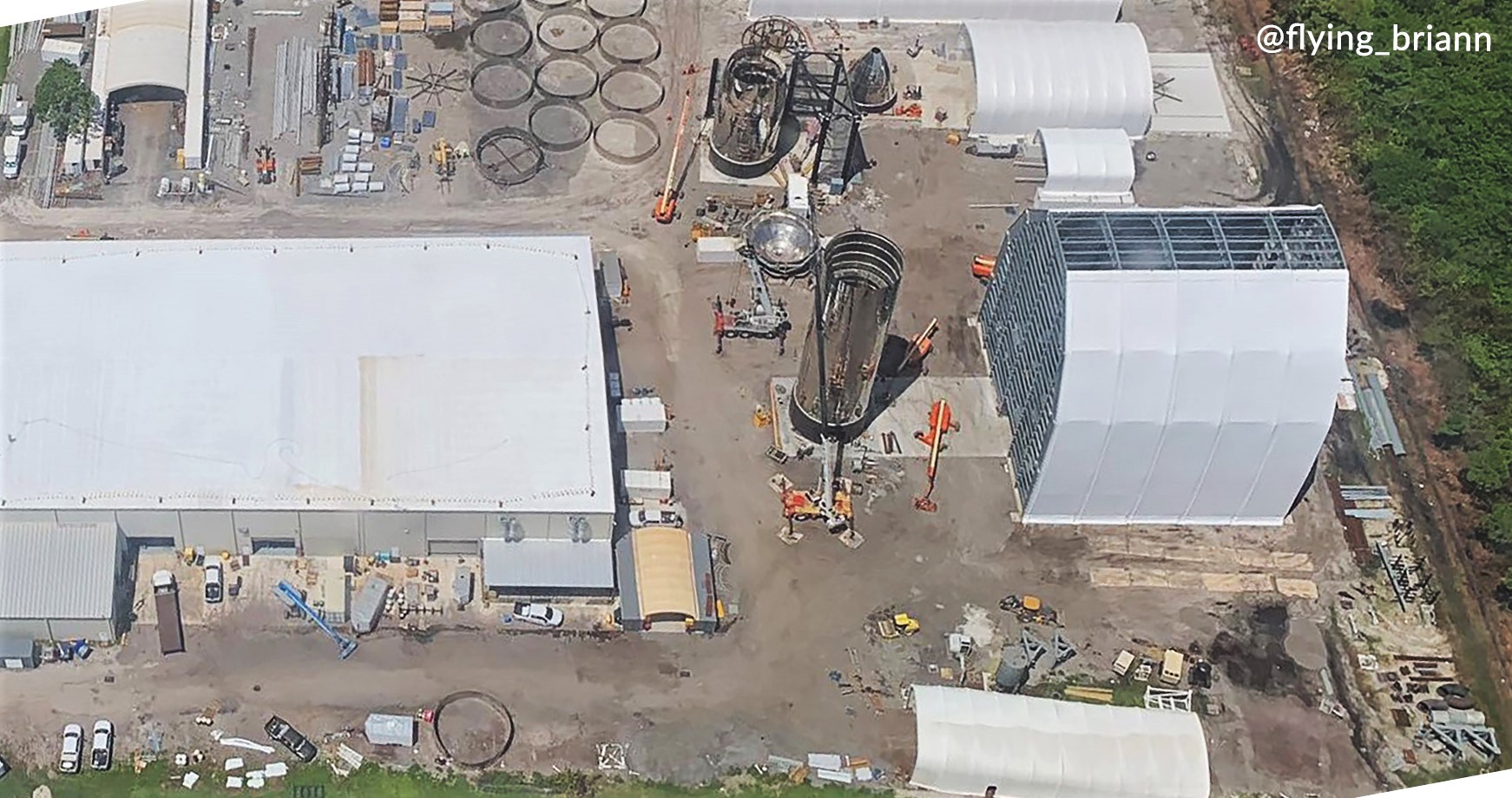 According to documents filed with local city and transportation authorities in recent months and cataloged by a few local news outlets and spaceflight fans, SpaceX is preparing to transport its East Coast Starship prototype – known as “Mk2” – as early as later this month.

Throughout August 2019, local resident, spaceflight fan, photographer, and cookie-baker Julia Bergeron did a significant amount of groundwork to flesh out an estimated route for Starship Mk2. Delivering the massive rocket prototype from Cocoa, Florida to SpaceX’s Kennedy Space Center Launch Complex 39A facilities would involve a 30+ mile trip by road, cost-prohibitive due to the amount of work required. Confirmed by documents unearthed by local ClickOrlando journalists, SpaceX will instead transport the rocket a few miles by road before loading it onto a barge and shipping the vehicle the rest of the way to KSC.

According to ClickOrlando’s report, those documents indicate that SpaceX will work with Roll-Lift – a familiar contractor for the company – to move Starship the few miles from its Cocoa, FL build site to a river access point located off of a nearby bridge. Once there, it will be loaded onto a barge on the Indian River and pass through the Canaveral Barge Canal to reach the Banana River. Once that leg is complete, it’s a fairly straight shot by barge to NASA’s Kennedy Space Center Turn Basin, historically used to deliver extra-large rocket components like Saturn V stages and Space Shuttle External Tanks.

After arriving at the Turn Basin, a few-mile trek along KSC’s Pad 39 Crawlerway will mark the last leg of the spaceship’s move to Pad 39A, where SpaceX broke ground just days ago on a concrete foundation that will eventually support a launch mount for Starship and Super Heavy.

Currently disassembled into a nose cone, upper nose, and tank section, it remains to be seen if SpaceX will transport Starship Mk2 in pieces or integrate the three segments before moving the giant rocket. Stretching 9m (30 ft) in diameter and 45-55m (150-180 ft) tall depending on the stage of assembly, Starship will likely weigh several dozen metric tons (100,000+ lb) and pose major challenges over such a long journey.

SpaceX and city workers have already spent the last two or so months either raising or burying a number of utility lines along the proposed transport route, a necessity to give a vertical Starship the headroom needed to traverse several miles of public roads.

After this move, it’s likely that SpaceX will move its Florida Starship factory to a new site inside the bounds of Kennedy Space Center. Currently known by the road it sits beside, SpaceX has already begun work on its prospective Roberts Road facilities. Proposed in 2018 as a convenient Falcon 9 refurbishment and launch control center (LCC), Roberts Road could also provide at least as much room for Starship production as is available at SpaceX’s current Cocoa, FL property while sidestepping the logistical headaches of transporting Starships – let alone Super Heavy boosters – dozens of miles.

SpaceX currently has more than two dozen stainless steel rings strewn about its Cocoa, FL build facilities, enough raw material to build more than 45m (150 ft) of the first Super Heavy booster or a Starship Mk3 prototype. Starship Mk2 has suffered some minor delays as a result of Hurricane Dorian but is poised to be capped with its third and final propellant tank dome before the end of the month. Starship Mk1 (located in Boca Chica, TX) and Starship Mk2 remain more or less neck-and-neck as the distinct SpaceX teams compete to complete their prototypes first.

According to ClickOrlando’s documentation, SpaceX plans to move Starship Mk2 to Pad 39A as early as this month. The on-road leg will take place at night and require road and highway closures, while SpaceX estimates that the entire transportation process could take up to two weeks from start to finish.