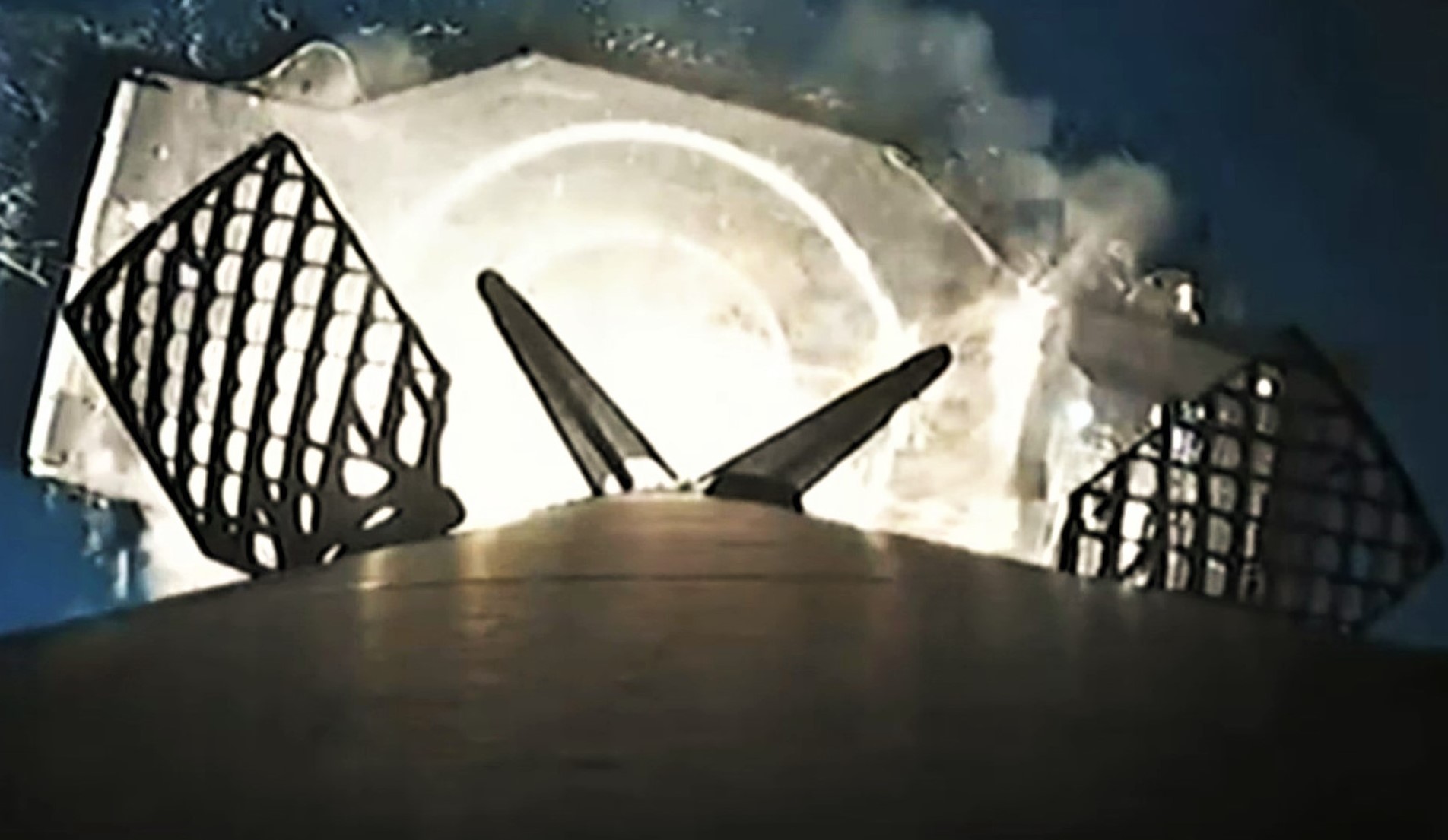 For the fourth time, a SpaceX Falcon 9 booster has successfully completed ten orbital-class launches and landings.

A day later than planned, Falcon 9 booster B1060 lifted off from Kennedy Space Center’s Pad 39A at 9:02 pm EST (02:02 UTC) on Tuesday, January 18th. Carrying an expendable Falcon upper stage and 49 Starlink V1.5 satellites, the booster performed its job without issue, boosting the payload and second stage mostly free of Earth’s atmosphere and about a quarter of the way to orbital velocity (2.2 km/s or Mach 6.5). As is now routine, B1060 then separated from the upper stage, flipped around, coasted to an apogee of ~130 km (80 mi), reentered Earth’s atmosphere, and touched down on one of SpaceX’s drone ships.

Unlike most other SpaceX launches, that drone ship – named A Shortfall Of Gravitas (ASOG) – was stationed southeast of Kennedy Space Center and off the coast of the Bahamas, where the weather and warmer seas are calmer and more optimal for safe booster and fairing recovery. Starlink 4-6 is the second time SpaceX has significantly customized a Starlink launch trajectory to optimize for booster recovery after Starlink 4-5, a virtually identical mission that launched on January 6th.

While the rare trajectory again prevented SpaceX from broadcasting Starlink satellite deployment live, CEO Elon Musk confirmed that the mission was a full success – the most important aspect of any operational rocket launch. Nonetheless, five years into Falcon reuse, booster recovery is now a crucial objective of virtually every Falcon launch – likely second only to payload deployment. Starlink 4-6 was no different and carried its own Falcon recovery and reuse milestones along with it.

For B1060, it was the booster’s tenth successful spaceflight and orbital-class launch and landing, making it the fourth Falcon 9 first stage to cross that milestone since May 2021 – and the third in the last four months. B1060 accomplished the feat faster than any of the three boosters before it, supporting ten orbital-class launches in a little over 18 months just five days after Falcon 9 B1058 crossed its own ten-flight milestone in 19 months.

More significantly, B1060’s success means that four boosters have now launched 41 times total and supported 40 of 73 Falcon launches completed by SpaceX in the last three years. While responsible for ~55% of all Falcon launches in that timeframe, those 4 boosters represent just 20% of the 20 boosters SpaceX launched at least once in the same period. That extraordinary accomplishment helps make it clearer than ever what a fleet of rockets capable of reliable recovery and reuse are truly capable of.