The 2018 Hyperloop Pod Competition is set to be held this Sunday, July 22, 2018, at SpaceX’s campus in Hawthorne, CA. Participants for this Sunday’s event, which are comprised of roughly 600 students from 40 countries, will be aiming for one target alone — setting top speed records in SpaceX’s 0.8-mile test track.

As a teaser for this weekend’s event, Elon Musk recently shared images of some competitors already making preparations for the upcoming competition. Considering the theme of this year’s event, all 20 teams (comprised of 18 main competition teams and 2 levitation sub-competition groups) will be attempting to beat the top speed record currently held by Virgin Hyperloop One on the SpaceX test track. Last December 2017, Virgin Hyperloop One’s pod was able to reach a speed of 240 mph, beating out the record set by a Tesla-branded pusher pod that was able to hit 220 mph before it started heating up. 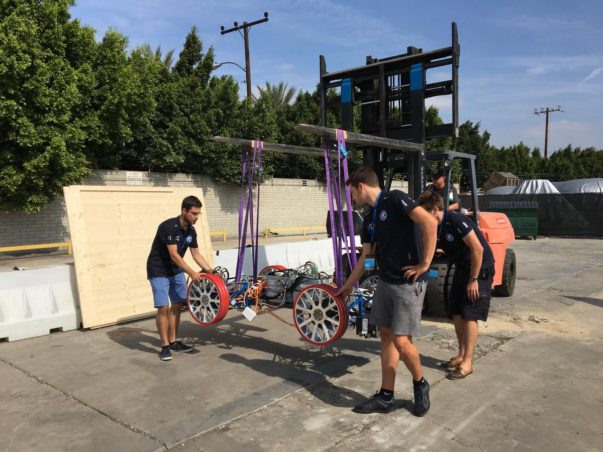 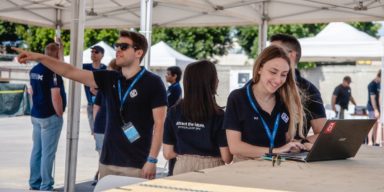 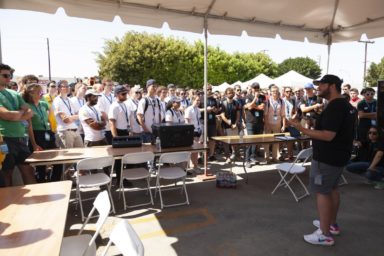 Among the student teams that would be participating this year, one group to watch would be WARR Hyperloop, a team from the Technical University of Munich that won the fastest pod award last year. The team was able to accomplish last year’s feat by designing a lightweight pod propelled by a 50 kW electric motor that runs on polyurethane wheels. The pod, which only weighed 190 pounds, was able to hit 202 mph, blowing away the speed records of its two biggest competitors — Paradigm Hyperloop and SwissLoop.

WARR Hyperloop’s team for this Sunday’s competition is comprised of 45 members from 16 different countries. In order to keep its top speed crown this year, Team WARR has created a new pod that is specifically designed to beat its old speed records and possibly even surpass the figure set by Virgin Hyperloop One. In a press release last month, the team from the Technical University of Munich stated that they are hoping their new pod could hit speeds of 372 mph (600 kph).

Another team that would be returning this year would be Delft Hyperloop from the Delft University of Technology. Just like Team WARR, Team Delft is also returning to the event as a champion, having won the overall top prize at SpaceX’s first event in January 2017. According to team leader Edouard Schneiders, Delft’s pod this year has a strong power-to-weight ratio, which would likely enable it to beat not only its competitors, but Virgin Hyperloop One’s 240 mph record as well.

Hyperloop technology has progressed over the years since Elon Musk first mentioned the idea of a “fifth mode of transportation” back in 2012. Since then, the idea has been picked up by companies in several countries, most notable of which is Virgin Hyperloop One’s project in Dubai, which is expected to debut as early as 2020. Earlier this year, Virgin Hyperloop One unveiled a 1:1 model of its transport pod, which features futuristic design elements and plush amenities.