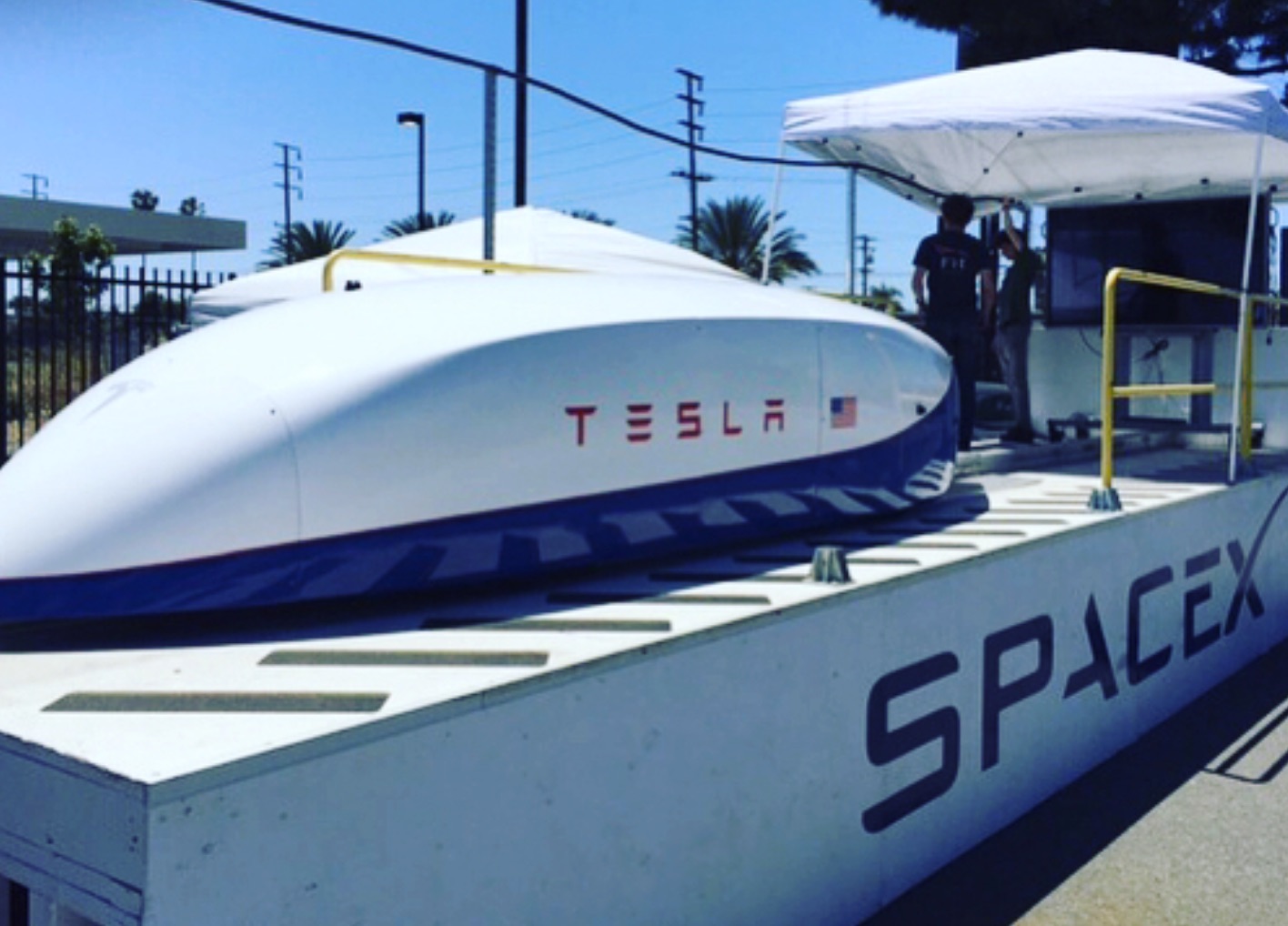 Elon Musk recently announced that a speed test for the upgraded SpaceX Hyperloop pod would be conducted soon. This time around, Musk said that the goal would be to accelerate to half the speed of sound and stop within ~1.2 km.

Musk’s updates came late Saturday on Twitter. Expanding on a tweet he posted last August about the SpaceX Hyperloop pusher pod, Musk candidly stated that the new goal for the upcoming speed test would be “kinda nutty.” Accelerating from a standstill to a blazing 383.7 mph (half the speed of sound) in around 1.2 km, after all, is a pretty challenging endeavor.

Despite the risks, however, Musk lightly joked that the upgraded Hyperloop pod’s speed test would be exciting nonetheless.

“This is kinda nutty for such a short distance, so could easily end up being shredded metal, but exciting either way,” Musk tweeted.

This is kinda nutty for such a short distance, so could easily end up being shredded metal, but exciting either way

During a post on Instagram last year, Musk said that the SpaceX team decided to see how fast the pusher pod could go on its own, considering that the machine had mostly been used to push some of the pods of the competing student teams. According to Musk, the Hyperloop pusher pod was able to hit 220 mph before things started heating up. Thus, if the machine could dash to half the speed of sound this time around, it would be a notable accomplishment.

We took the SpaceX/Tesla Hyperloop pusher pod for a spin by itself a few days ago to see what it could do when not pushing student pods (some need a push to get going, e.g. passive maglev). Got up to 355 km/h (220 mph) before things started ?. Kind of like racing with a tugboat. Maybe able get past 500 km/h (about half speed of sound) next month with a few tweaks or maybe tiny pieces …

The upcoming speed test of the upgraded SpaceX Hyperloop pusher pod comes as the 2018 Hyperloop Pod Competition draws nearer. The 2018 competition, which is set to take place on July 22, 2018, will see teams of students from across the globe compete in a contest to see which could come up with the best design for a Hyperloop pod. According to SpaceX’s page for the competition, teams this year will be focusing on one particular metric — maximum speed.

Over the past couple of years, WARR Hyperloop, a team from the Technical University of Munich, has managed to win the competition. Last year, the students built a lightweight pod that was propelled with a 50 kW electric motor and connected to polyurethane wheels. During the contest, WARR Hyperloop’s 190-lb machine was able to hit 202 mph, blowing away its two toughest competitors — Paradigm Hyperloop and SwissLoop.

WARR Hyperloop is preparing to defend their title for this year’s competition. According to the group’s official website, the WARR Hyperloop team for 2018 will be comprised of 45 members from 16 different countries. A brand new pod is also under development.

As we noted in a previous report, Elon Musk’s Hyperloop idea has inspired Dubai to commit to the project. Just recently, a full-scale prototype model of a Hyperloop One passenger pod was unveiled in Dubai’s City Walk Mall. The 8.7-meter-long, 3.3-meter-diameter pod featured various plush amenities, including BMW-designed seats, generous legroom, and a lighting scheme that would not look out of place in a sci-fi movie.

Dubai’s Hyperloop system is expected to start operations as early as 2020, with the ultra-high-speed transport system connecting key cities in the region, such as Abu Dhabi and Dubai.

Watch a recap of the 2017 Hyperloop Pod Competition below.