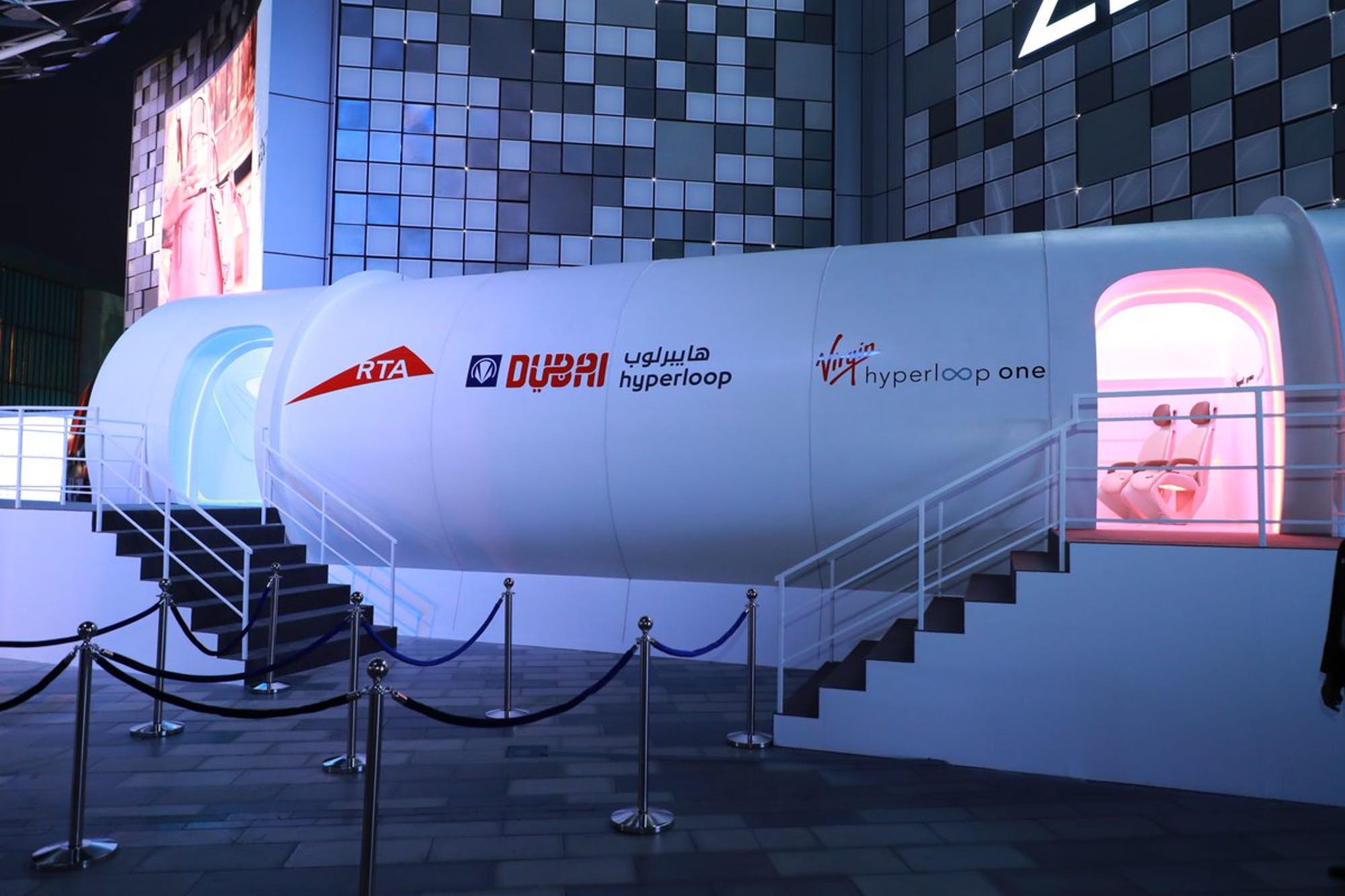 A full-scale prototype model of a Hyperloop One passenger pod was unveiled in Dubai’s City Walk Mall, showcasing the amenities and design of the next-generation, high-speed transport system.

The 8.7-meter-long, 3.3-meter-diameter prototype, which represents a 1:1 model of the Hyperloop One passenger pod, came to fruition from the efforts of the Virgin Hyperloop One team and Dubai’s Road Transport Authority. The exhibit on the Middle Eastern mall was opened to the public, though its first visitor was Sheikh Hamdan bin Mohammed bin Rashid Al Maktoum, Dubai’s Crown Prince.

The Virgin Hyperloop One full-scale model displayed in Dubai was designed with luxury in mind. In an interview with Khaleej Times, Abdulredha Abu Alhassan, executive director of the Rail Planning and Projects Development at the RTA, described the plush amenities that were showcased in the prototype pod. 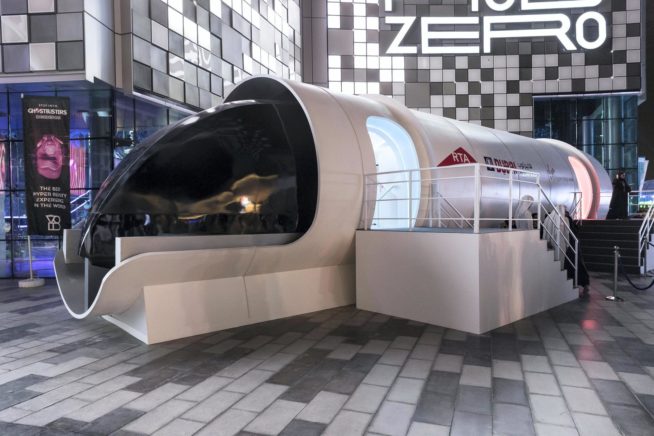 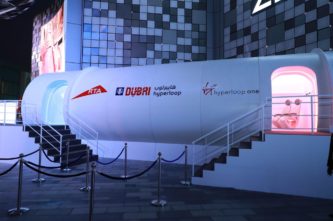 According to the RTA executive, the cream and beige seats of the Hyperloop One model were designed by German car firm BMW. While Abu Alhassan did state that passengers would have to be buckled in at all times due to the Hyperloop One’s speed, passengers could look forward to an enjoyable experience due to the pod’s interactive entertainment system.

“There will be no windows. However, there will be interactive entertainment screens at the armrest of the seats. The seats have been designed in a very futuristic manner,” the executive said.

The interior of the pod was also incredibly futuristic with its blue and red neon lights, invoking an almost Tron-like atmosphere. From the images of the pod’s interior, it appears like Dubai’s Hyperloop system would be a comfortable ride as well, as evidenced by the generous amount of legroom shown in the full-scale prototype model. 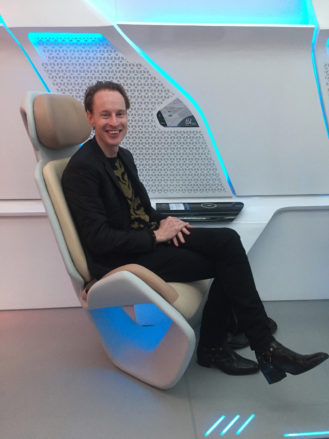 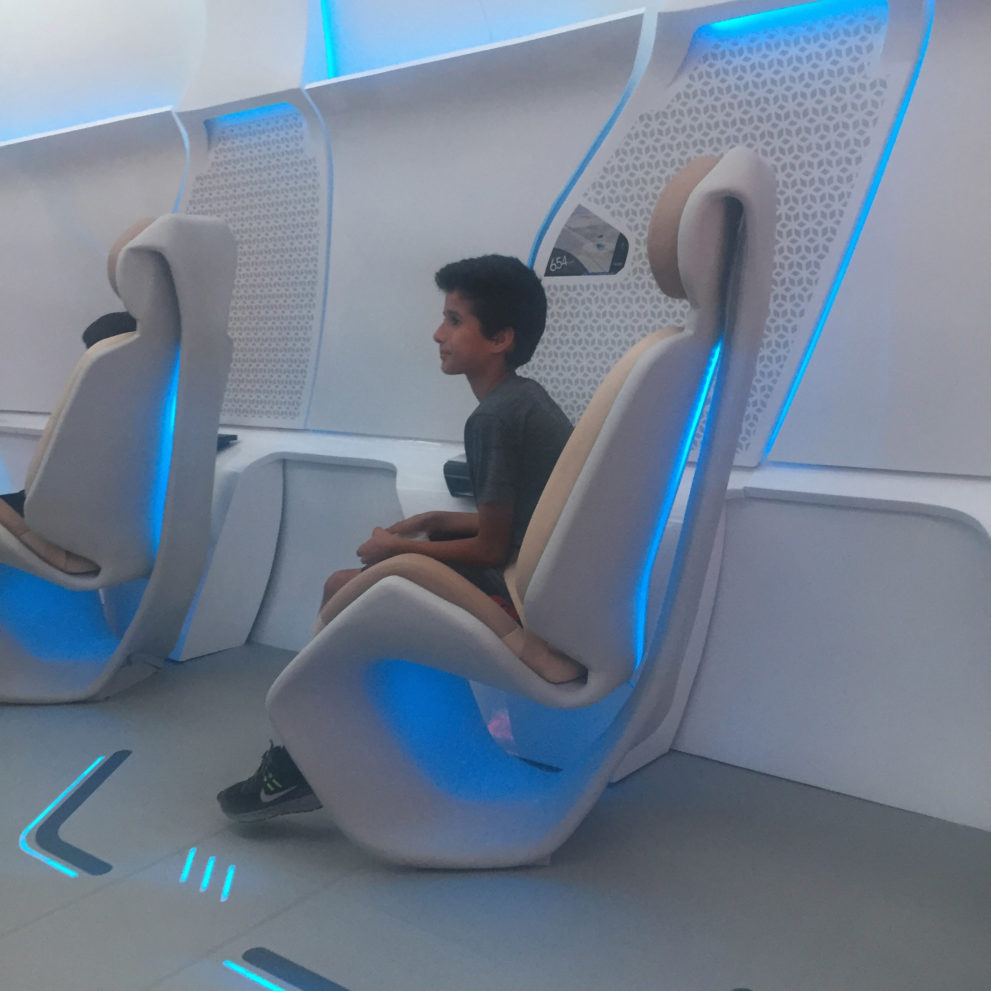 In a statement to Dezeen, Dutch designer Daan Roosegaarde expressed his optimism about the coming of the next-generation transport system. Roosegaarde was also particularly impressed by the Virgin Hyperloop One’s interior design.

“It’s a great design, really like a bubble of material and light. I can’t wait to use it to travel in 12 minutes to Abu Dhabi soon,” the Dutch designer said.

Dubai’s Hyperloop system is expected to debut as early as 2020, where it is expected to provide a faster alternative for commuters who travel between key areas in the region. With Hyperloop technology, traveling from Dubai to Abu Dhabi, which usually takes 90 minutes by car, would be possible in 12 minutes.

#Dubai Crown Prince unveils the initial design of the @HyperloopOne's
pod in the presence of Virgin Hyperloop One CEO Rob Lloyd. pic.twitter.com/Q3WD63WzOv

As we noted in a previous report, Dubai has proven to be a supporter of the Hyperloop concept. The next-generation transportation system, which was initially conceived by Tesla and SpaceX CEO Elon Musk, utilizes a linear electric motor to accelerate and decelerate an electromagnetically levitated pod through a low-pressure tube. This design enables the Hyperloop pods to achieve speeds of up to 700 mph without any turbulence, allowing passengers to enjoy a comfortable ride. A successful test for the Hyperloop was accomplished by the Virgin team back in August 2017 in Nevada, where a pod traveled roughly 500 meters and reached speeds of 190 mph.