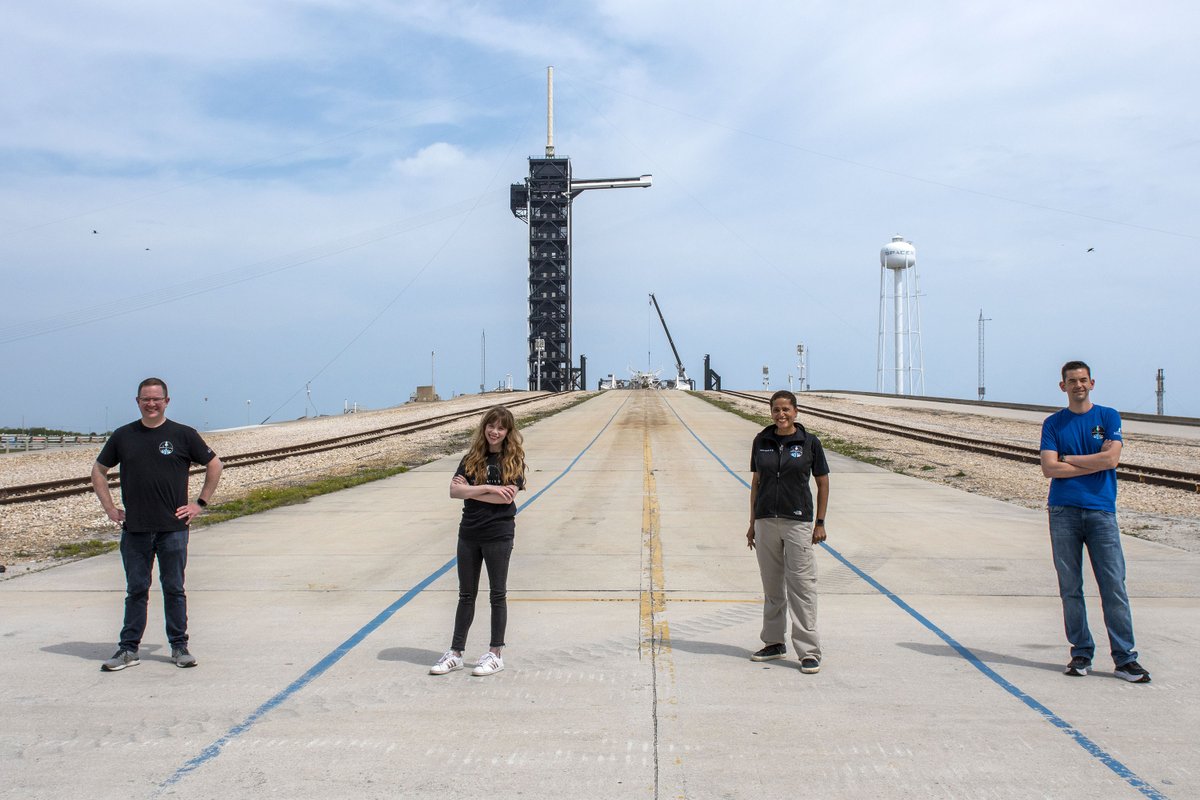 The crew for SpaceX and Shift4’s all-civilian Inspiration4 mission is now complete. The final two members of the groundbreaking mission were announced on Tuesday at the Kennedy Space Center in Floria, where the Falcon 9 rocket carrying Inspiration4’s Crew Dragon capsule will be launching later this year.

The final two crew members representing the #Inspiration4 mission pillars of Generosity and Prosperity have been named! Stay tuned to meet the full crew today at 10AM ET live on the Inspiration4 YouTube channel! https://t.co/K6Owk59wK9 pic.twitter.com/hSQbsuU6as

In an interview with TODAY‘s Tom Costello, Dr. Proctor remarked that being selected for the Inspiration4 mission felt like “opening up the chocolate bar and seeing the golden ticket to Willy Wonka and the chocolate factory.” She remarked that she had no worries about the mission at all, and that her reservations were actually more rooted in the prospect of the opportunity to go to space slipping by.

“I was more worried that this opportunity had slipped me by and I would never get the chance to go to space, but now here I am and that just shows you never give up because that moment for me is here… I’m ready. Just strap me in, let’s go!” she said.

As for Sembroski, launching from the Kennedy Space Center would be a rather symbolic experience. Twenty years ago, Sembroski showcased his passion for education and supporting passions by serving as a Space Camp counselor, an experience that he highlighted during his interview with TODAY.

And the last two crew members of Inspiration 4 are…

– Sian Proctor, scientist and science/space communicator. She was a finalist for NASA’s 2009 astronaut class.

– Chris Sembroski, an aerospace worker at Lockheed Martin who used to work on Minuteman missiles in the Air Force. pic.twitter.com/NIKIVwEEAw

“I’ve taken that experience with me to really drive the passion for getting kids to seek their passion in science and technology and really spark the interest in those fields by using space as that medium, and then ever since it’s stuck with me,” he said.

Isaacson, for his part, remarked that he is extremely excited for the Inspiration4 launch. “This is a very real moment, but I can’t help but be overwhelmed just thinking about all of the history that came before us here. That’s what’s going through my mind, like the astronauts climbing into the Apollo missions and Skylab and the space shuttle. It’s just so incredible to be here,” he said.

The Inspiration4 crew would now be undergoing intensive training for their upcoming mission, which is expected to launch sometime this fall. Previously, Isaacson has noted that Inspiration4 could launch around October, but in his recent interview with the US media outlet, he noted that the mission could launch before the end of September instead. Such a timetable would give the crew just about six months to get fully trained and ready for a multi-day trip to space about 335 miles above Earth.

Watch TODAY’s segment on Inspiration4’s completed crew in the video below.