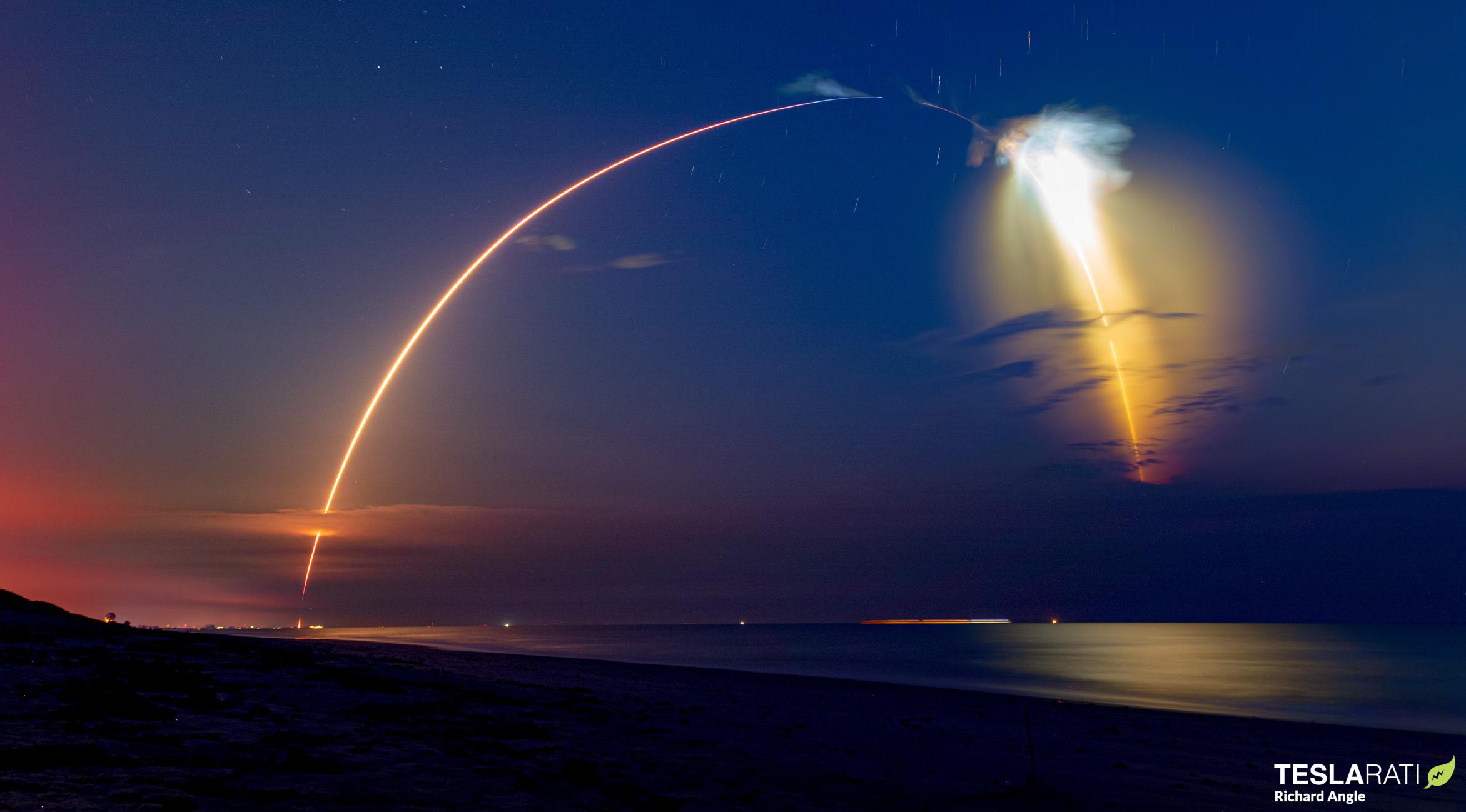 A SpaceX drone ship has headed to sea for the first of up to five Starlink launches planned in July.

Drone ship Just Read The Instructions (JRTI) was towed out of Port Canaveral, Florida on July 2nd, shifting setting up SpaceX for its first launch of the second half of 2022. Headed around 664 kilometers (~413 mi) northeast into the Atlantic Ocean, the semi-autonomous modified barge is scheduled to support the Falcon 9 booster recovery portion of SpaceX’s 49th dedicated Starlink launch.

After a couple delays and a pad change, launch photographer Ben Cooper reports that Starlink 4-21 – another batch of approximately 53 Starlink V1.5 satellites – is scheduled to launch from SpaceX’s Cape Canaveral Space Force Station (CCSFS) LC-40 pad no earlier than (NET) 9am EDT (13:00 UTC), give or take, on Thursday, July 7th.

The mission will be drone ship JRTI’s 37th Falcon booster recovery attempt and, if successful, its 34th consecutively successful booster landing since January 2017. Hopefully joining it in one piece will be Falcon 9 B1058, which will become the second booster to attempt a 13th orbital-class launch and landing when it lifts off with Starlink 4-21 later this week. Falcon 9 B1060 became the first liquid rocket booster to complete 13 launches on June 17th.

Starlink 4-21 is the first of up to five Starlink launches reportedly planned for July and was originally meant to launch from Kennedy Space Center’s LC-39A pad as early as June 26th after SpaceX and NASA decided to significantly delay a Dragon launch meant to use the same pad. SpaceX later chose to delay Starlink 4-21 to July 7th and shift it to LC-40 – a move likely meant to free up Pad 39A for the delayed Dragon’s latest mid-July launch target.

SpaceX has kept LC-40 relentlessly busy for the first half of 2022 and the pad hasn’t had more than three weeks of respite between launches since December 2021. It also supported back-to-back launches on June 19th and 29th, likely explaining Starlink 4-21’s ~10-day delay.

LC-40 will find no rest in July, either. After Starlink 4-21, Next Spaceflight reports that SpaceX intends to launch Starlink 4-22 and 4-25 from LC-40 or Pad 39A shortly after Cargo Dragon’s delayed CRS-25 space station resupply mission lifts off around July 14th. On the West Coast, SpaceX will reportedly begin launching a whole new shell of polar-orbiting Starlink satellites with Starlink 3-1 on July 10th and, while unlikely after the first mission’s recent delays, Starlink 3-2 before the end of the month.