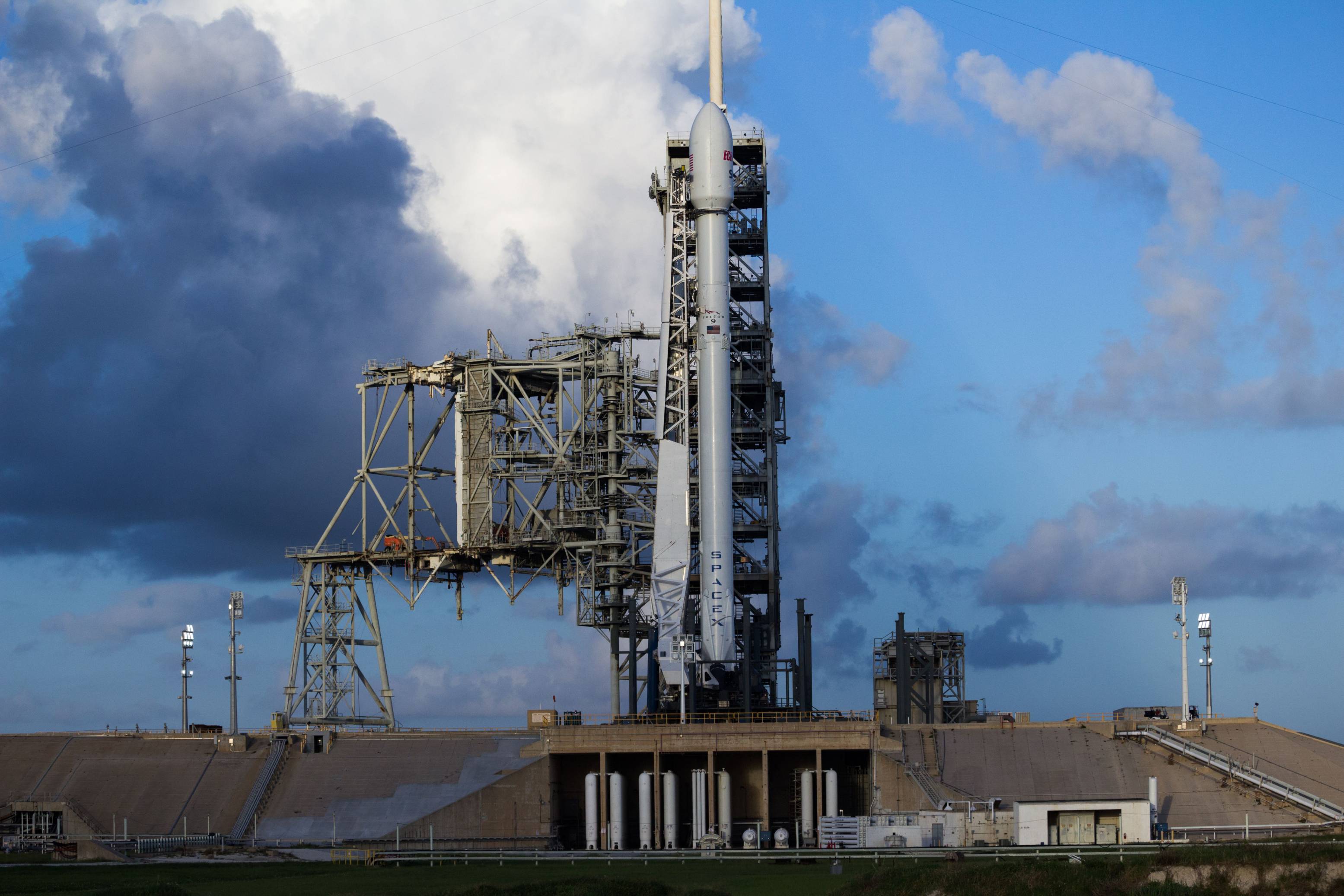 SpaceX to launch a mystery ‘ZUMA’ payload in November

According to FCC documentation and information from industry insiders, SpaceX is planning to conduct its 17th launch of 2017 on November 10th. Scheduled to lift off from SpaceX’s Florida-based LC-39A launch pad 12 days after the current date for Koreasat 5A, the now-routine ~14 day mission cadence is not the topic of interest this time around.

Rather, the mystery surrounding this newly-revealed launch exists because not a soul in the spaceflight fan community appears to know what the payload is – (code)named ZUMA – or who ZUMA is being launched for. This secrecy would would be far from unusual if the mission was being flown for the National Reconnaissance Office or another military agency, but there is no evidence to suggest that Falcon 9 will be carrying a government payload.

Further, the limited information currently available is somewhat contradictory, making this launch and payload even more intriguing. A veil of secrecy as thick as this surrounding a commercial satellite or satellites is extraordinarily unusual. There simply is no immediately obvious explanation for why a commercial entity would require this level anonymity for a satellite launch.

The Redditor’s username has been redacted for the sake of privacy.

Based on two recently unearthed FCC launch and landing permits, SpaceX Mission 1390 will launch from LC-39A no earlier than November 10th, followed by first stage recovery at the nearby Landing Zone-1 (LZ-1) at Cape Canaveral Air Force Station.

Courtesy of a Reddit user with friends inside SpaceX and a member of the NASASpaceflight forums, we also know that payload is codenamed ZUMA (or Zuma) and its launch is exceptionally time-sensitive for unknown reasons. The Reddit user also provided info that would completely negate any possibility that the payload is being launched for a government entity, as government agencies would not be concerned about revenue generation. A launch date of November 15th was also provided, reportedly pushed back a few days by a “slight slip in testing”. SES-11’s refurbished Falcon 9 seen on the morning of October 11th. ZUMA will launch from the same pad. (Tom Cross/Teslarati)

Based on the above information, several preliminary conclusions can be drawn. First stage recovery on land indicates that the payload will be heading to an orbit well below the geostationary (transfer) orbits sought by established communications satellite operators. The launch could be for one of several prospective Low Earth Orbit (LEO) constellation companies, with OneWeb, Telesat, and Boeing the obvious first choices. However, it seems unrealistic to argue that a handful of experimental LEO communications satellites could possibly provide a company “lots of potential future revenue” or that those initial experimental satellites would be “extremely critical”. While the intense competition among the prospective LEO operators would rationalize some degree of ZUMA’s secrecy, it defies belief that potential LEO constellation competitors would willingly pay SpaceX for launches when that revenue might directly fund SpaceX’s own competing constellation, Starlink. Another obvious option would be SpaceX’s own experimental communications satellites, but such a move would not be in the best interests of a launch provider while launches for their own paying customers’ are slipping into 2018 due to a lack of launch capacity.

All things considered, the information posted on Reddit is far from official and should not be treated as conclusive. Still, reliable sources from NASASpaceflight.com have corroborated at least the name, ZUMA, and added that the Falcon 9 it will launch aboard is expected to be new. Assuming SpaceX itself is willing or able to reveal their identity, it looks like we will simply have to wait to find out who the mysterious customer is and what exactly warranted this unusual level of secrecy.

SpaceX to launch a mystery ‘ZUMA’ payload in November