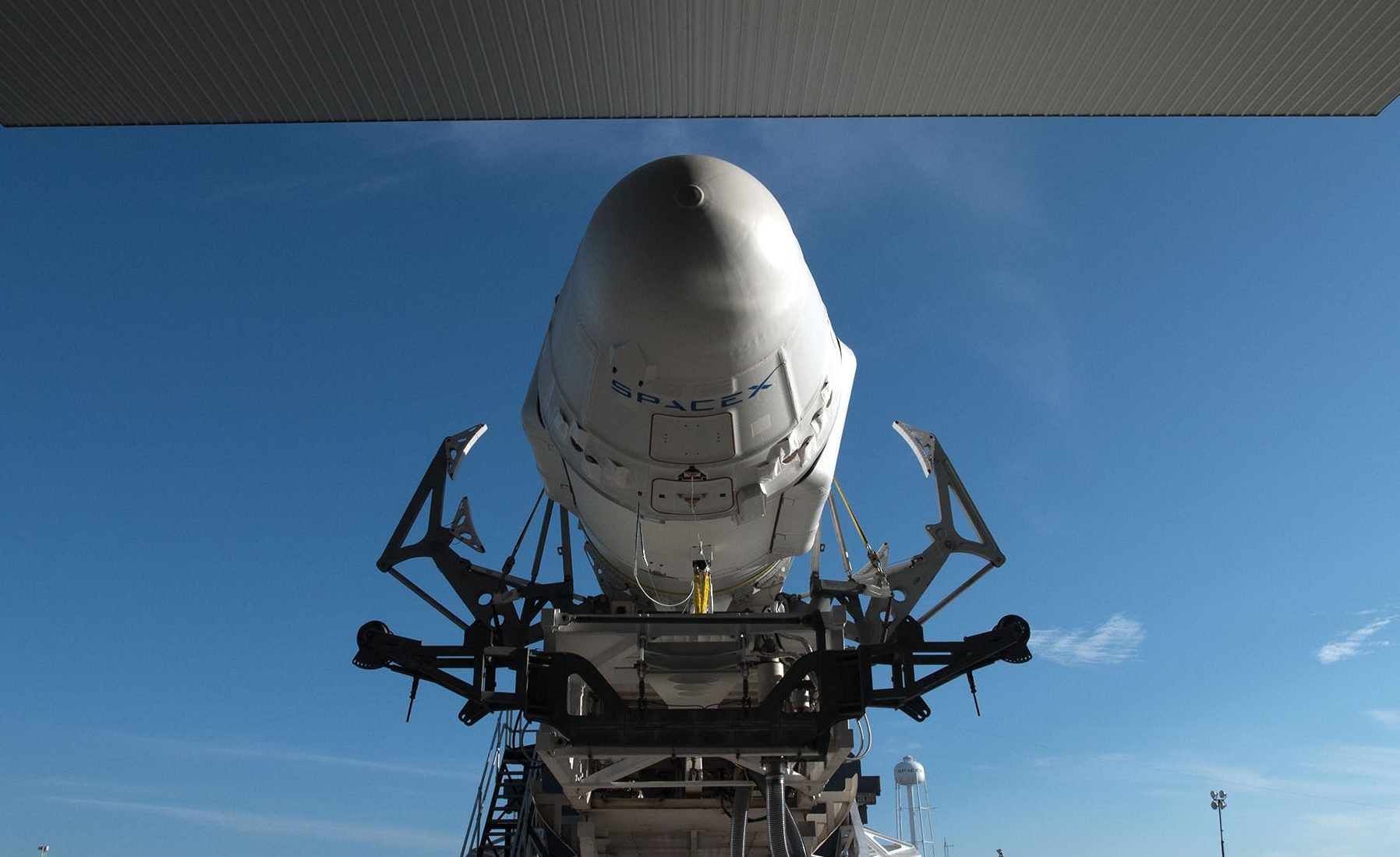 CRS-13's Dragon and Falcon 9 seen rolling out to the launch pad aboard the Transporter/Erector/Launcher (TEL). (SpaceX)

Just under 24 hours ahead of the launch of CRS-12, NASA and SpaceX provided information about the mission earlier this morning during a pre-launch press conference.

NASA confirmed once more that tomorrow’s launch attempt will be the only slot available until August 19th or 20th, due to a planned EVA (extra vehicular activity) that will involve the launch of cubesats around the ISS. As a result of safety restrictions, cargo and crew spacecraft are not allowed to approach the International Space Station while crew are outside, nor while satellites launched from the station have yet to have their orbits characterized. The United Launch Alliance has a launch planned for August 18th or 19th, with SpaceX able to make a second attempt after ULA’s launch, if necessary. CRS-12’s Dragon and Falcon 9 1039 horizontal at LC-39A ahead of a launch attempt on Monday.
(NASASpaceflight /u/Craig_VG)

Revealed by NASASpaceflight.com in an article posted yesterday, “some but not all of the Block 5 upgrades, including some incremental upgrades like increased engine thrust, will debut…on the CRS-12 launch”. Hans Koenigsmann, the Vice President of Mission Assurance at SpaceX, was not aware of specific differences between past launches, but did not deny that there would be some level of incremental improvements present for the launch of CRS-12. Interestingly, Gebhardt also reported that Falcon 9 Block 5, intended to be a highly reusable “final” version of the vehicle, is expected to take flight for the first time during SpaceX’s first Commercial Crew Demo-1 launch as soon as February 2018.

Koenigsmann further confirmed that the launch of CRS-12 would make use of reused landing legs, although their origin is unknown. As far as he was aware, the legs are the only reused hardware that will be present during the launch.

The lack of backup attempts for CRS-12’s launch means that more focus is being placed on weather conditions at the launch site. As of several days ago, weather forecasts were looking negative for the launch and suggesting a 70% or greater chance of conditions that would prevent a launch attempt. However, this has flipped around over the last 24 hours, and the probably of weather violations is now only 30%. The Air Force’s 45th Space Wing did release a report today indicating that conditions after the launch may make safing the landed first stage more difficult for SpaceX, with an increased potential for rain and lightning. Also discussed briefly during the press conference, necessary modifications to the LC-39A pad are still set to occur this fall ahead of Falcon Heavy’s inaugural launch before the end of the year. LC-40 is also progressing nicely and while Koenigsmann stated that SpaceX had not as of yet decided on the first mission to fly from the reactivated pad, it is currently expected to be SES-11 sometime early in the fourth quarter of 2017. SES-11 has also been hinted to be launching aboard a reused Falcon 9 first stage, and would make for a fitting return to operational status for the pad.

In other news, CRS-13, which will fly with a refurbished Dragon spacecraft, is now set to launch no earlier than December 2017. Previously aiming for a November launch, it has almost certainly been pushed back as a result of Orbital-ATK choosing to slightly delay their next launch of their Cygnus spacecraft until November. This extra time will allow OATK to accommodate more cubesat payloads during that launch, and the delays of Cygnus’ OA-7 mission or Dragon’s CRS-13 launch are anticipated to be the result of technical issues.

Catch the first launch attempt of CRS-12 live tomorrow at the link below! The expected moment of liftoff is approximately 12:31 p.m. EST, 9:31 a.m. PST.