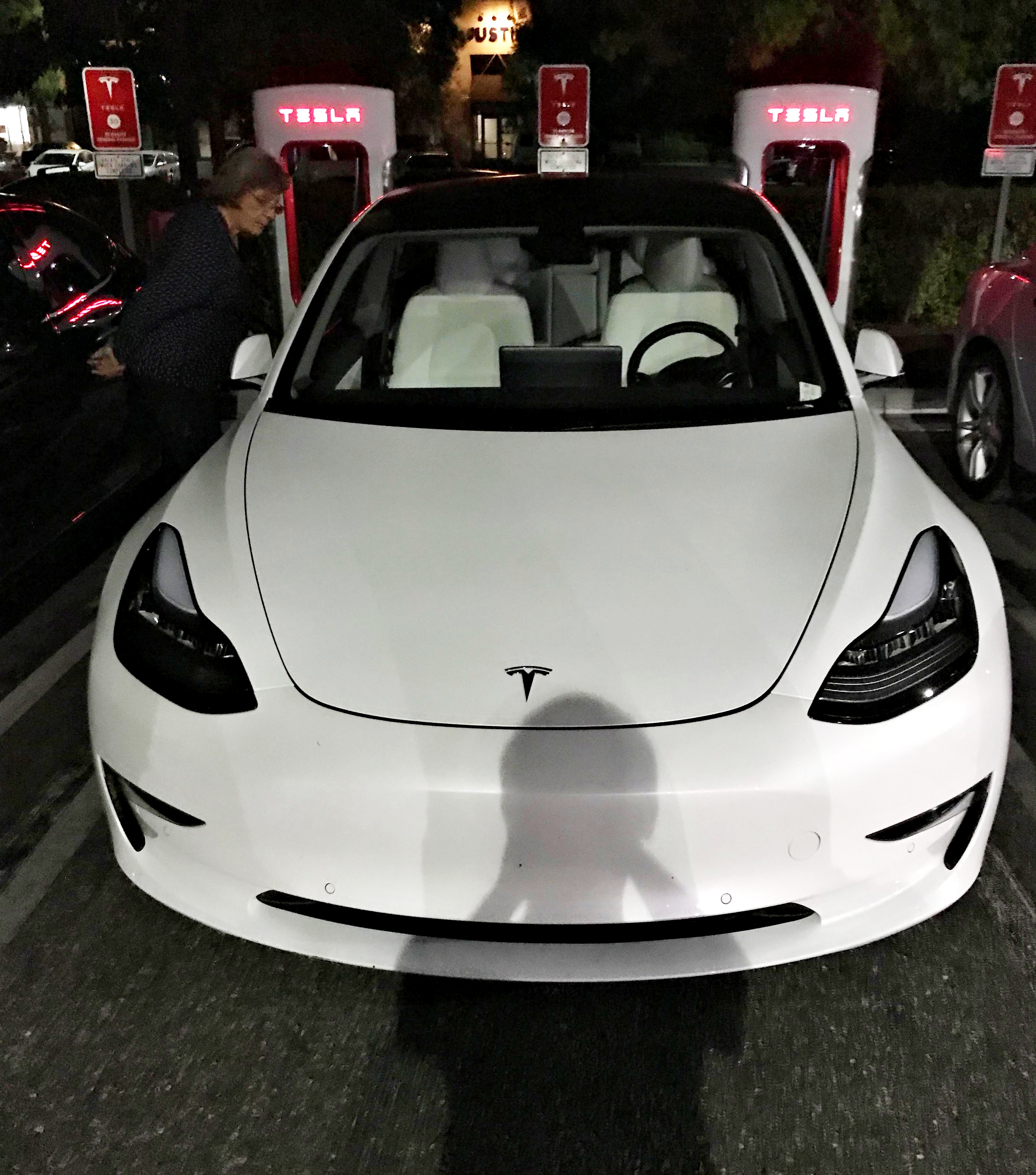 A gorgeous Tesla Model 3 with white interior option was recently spotted charging at the Mountain View Supercharger station just outside of company headquarters. This marks the first time we’re seeing white seats on a non-prototype Model 3 in a public setting.

Tesla first revealed a white interior option for Model 3 at the March 31, 2016 unveiling event, when the company gave test rides in prototypes that were configured with dual motors.

The latest photos of the white Model 3 posted to Imgur reveal a white interior option that will not officially be offered until Fall 2017, according to the company’s Model 3 reservation FAQ page. Early recipients of Model 3 consisting of employees, investors and company board members, took delivery of vehicles that were outfitted with black seats and black interior trim. It’s not clear if the Model 3 seen in the latest photos is one of the first production vehicles or a release candidate, though it’s more likely the later.

Recent screenshots of the Model 3 online configurator indicate that the choice of interior color has not yet been made available. Beyond Model 3’s optional $5,000 Premium Upgrades package that includes heated ‘vegan’ seats in black, open pore wood decor, a premium sound system, and more – buyers will have to wait until later this year before the white interior option becomes available. Tesla CEO Elon Musk also recently confirmed that the dual motor option for Model 3 is expected in mid-2018, as the company works on ‘getting out of Model 3 production hell‘. 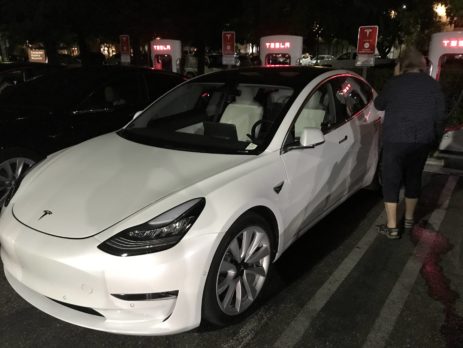 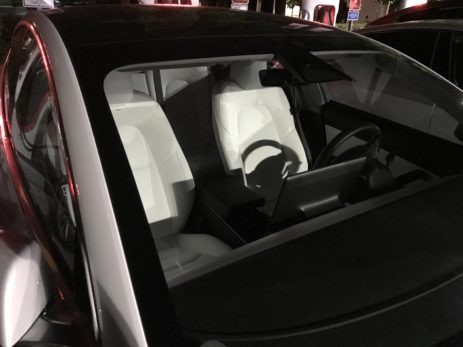 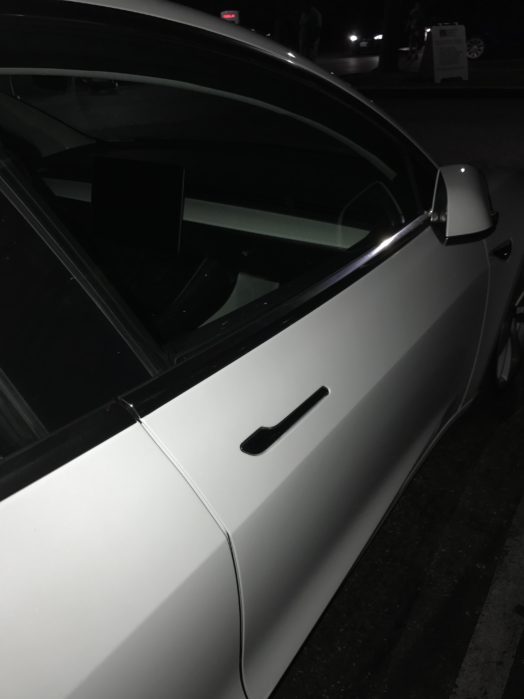 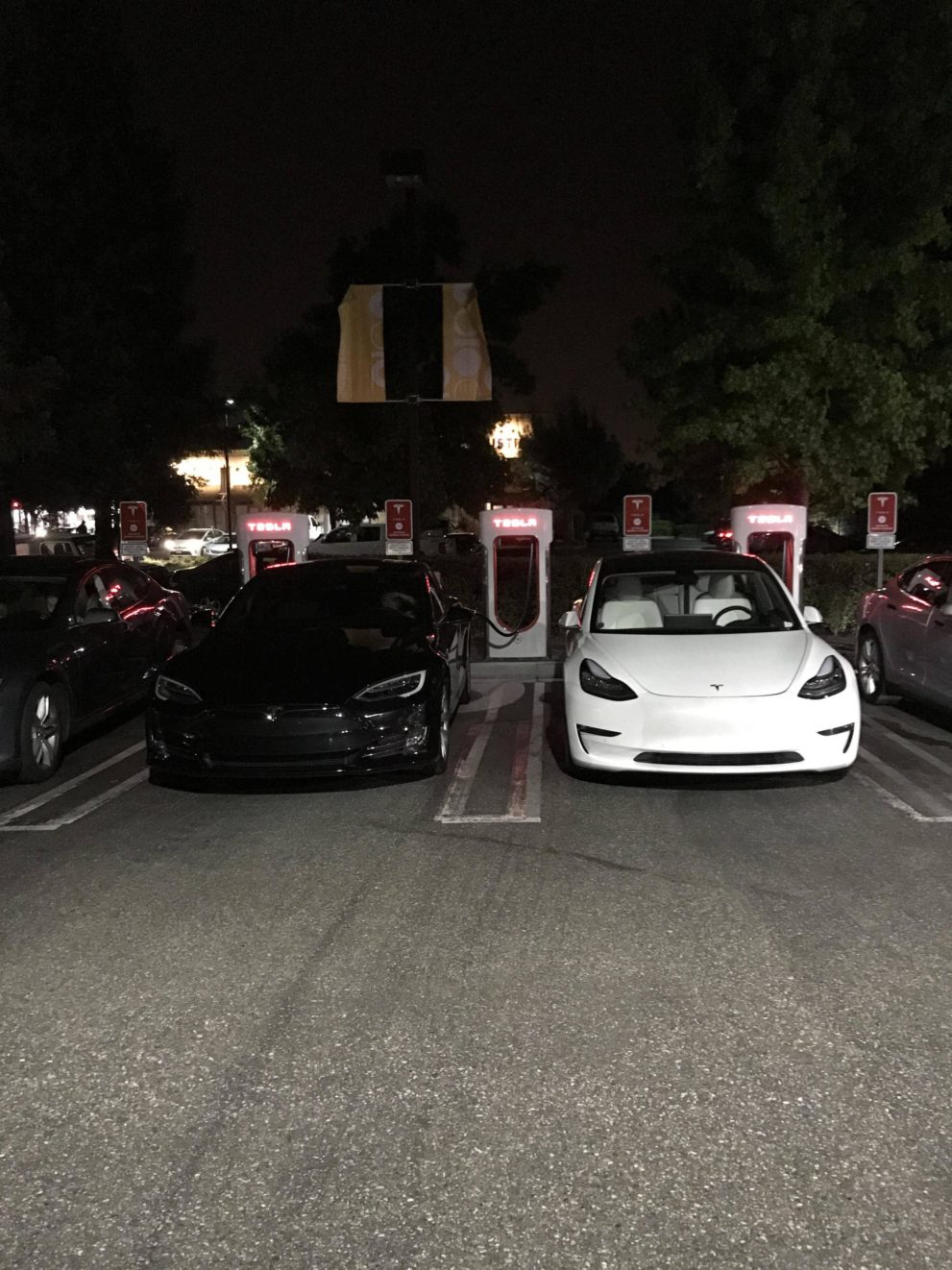 Tesla first introduced the white interior option, billed as “Ultra White”, when Model X first debuted. Musk noted that the synthetic material being used is more durable and resistant to stains than other materials being offered by Tesla. It wasn’t long before Model X owners took to YouTube to demonstrate the stain-fighting abilities of the Ultra White material, going as far as pouring coffee onto the bright white seats.

Having a white dashboard trim with white seats against a dark headliner certainly makes for a dramatic contrast. What are your thoughts on having a white interior? And how much do you think Tesla will charge for this optional Model 3 upgrade?