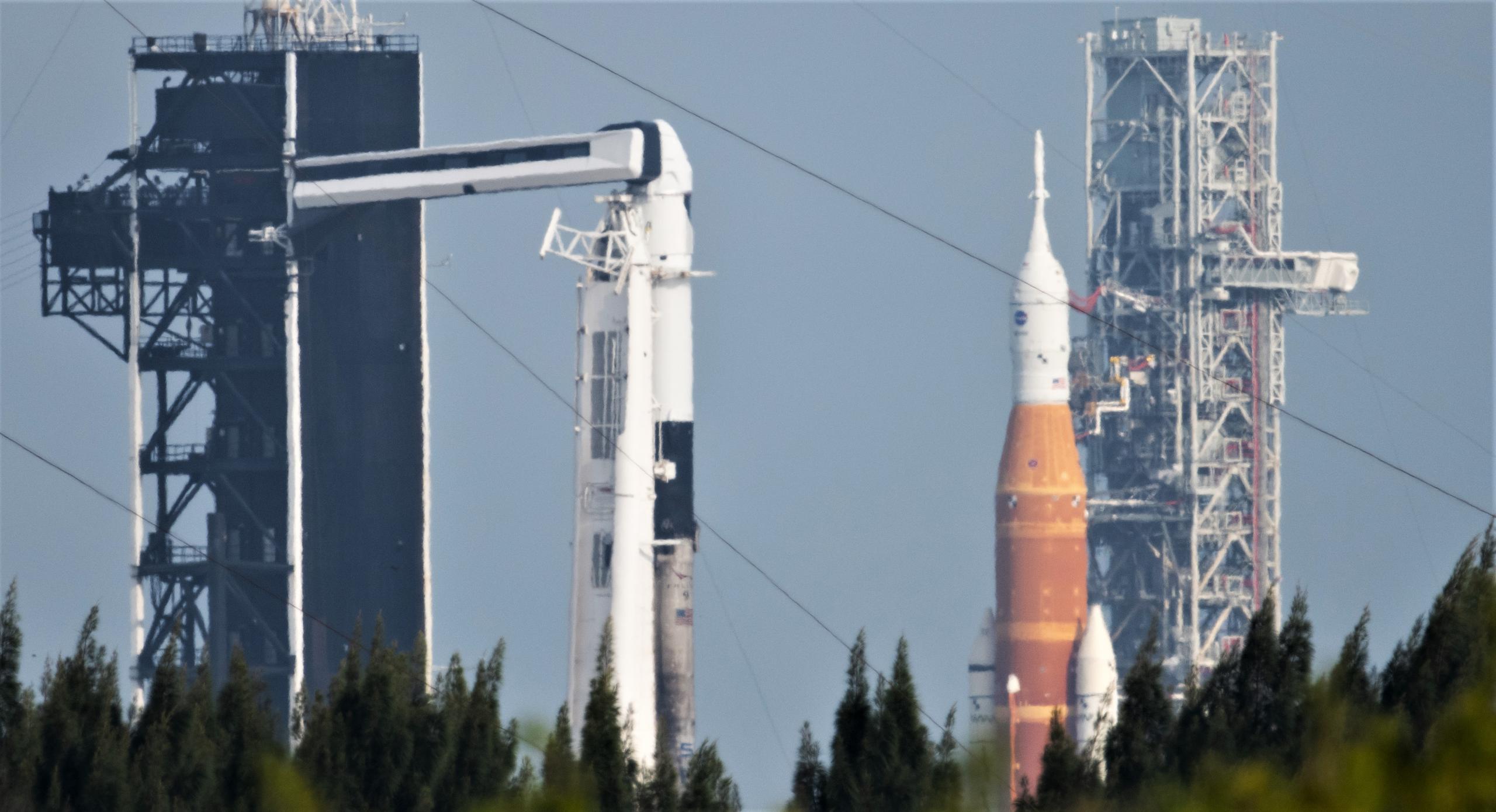 On October 12th, NASA confirmed that it will roll its Space Launch System (SLS) rocket out to its Kennedy Space Center LC-39A pad for the fourth time as early as November 4th. Barring surprises, the rocket’s next launch attempt is scheduled no earlier than (NET) 12:07 am EDT (17:07 UTC), November 14th. SLS is tasked with launching an uncrewed prototype of NASA’s Orion crew capsule on its way to the Moon, where the spacecraft will attempt to enter lunar orbit and conduct tests before returning to Earth.

The same day, Japanese startup ispace confirmed that HAKUTO-R M1, its first commercial Moon lander, is scheduled to launch on a SpaceX Falcon 9 rocket sometime between November 9th and 15th. While NASA has a $73M contract with ispace to develop a second-generation SERIES-2 Moon lander in the United States, the first-generation HAKUTO-R program has been an almost entirely private endeavor. The first M1 lander will attempt to deliver two rovers – one built by Japan and the other by the United Arab Emirates – and several other commercial and government payloads to the surface of the Moon.

As of 2020, HAKUTO-R is expected to weigh around 1050 kilograms (~2300 lb) at launch and has been designed to land up to 30 kilograms (~66 lb) of usable payload on the Moon. ispace has designed and built most of the lander’s structures but contracted with Europe’s ArianeGroup to provide the propulsion system and fully assemble, integrate, and test the lander in Germany.

According to ispace’s documentation [PDF], Falcon 9 will launch HAKUTO-R into a “supersynchronous” Earth orbit, where the lander will check out its systems before eventually using its own propulsion to thrust itself free of Earth’s gravity well and into the Moon’s. It expects a nominal transit from Earth orbit to the lunar surface to take at least 20 days. The lander is designed to survive up to 12 days on the Moon, during which it will attempt to operate its onboard experiments, deploy both of its tiny rovers, and transmit all the data gathered back to Earth.

The startup initially [PDF] described its arrangements with SpaceX as contracts to launch two landers as secondary payloads on two Falcon 9 rockets. In its press releases, ispace no longer specifies whether the one-ton spacecraft will be the only payload on Falcon 9. It’s possible that HAKUTO-R M1 will be a secondary payload on SpaceX’s launch of the Eutelsat 10B geostationary communications satellite, which is currently scheduled NET November 11th. In a rare move, SpaceX will reportedly expend Falcon 9’s reusable first-stage booster during the mission, leaving much more performance on the table.

Update: Launch photographer Ben Cooper reports that Falcon 9’s reusable booster will fly back to the Florida coast to land on land after launching HAKUTO-R, strongly implying that the Moon lander will actually be the rocket’s only payload.

ispace has raised approximately $210 million since it was founded in 2010 – coincidentally the same year that the US Congress forced NASA to begin developing the SLS rocket. 12 years later, there’s a chance that the first launches of SLS and HAKUTO-R could occur hours apart.

When it rolls out next month, NASA’s SLS rocket will be heading to the launch pad for the fourth time. SLS and Orion have had a less-than-smooth journey to their first launch, suffering half a decade of delays and running tens of billions of dollars over budget as a result. Once all the pieces had arrived in Florida, it took NASA and its contractors about 12 months to finish assembling SLS and Orion and begin testing the integrated rocket.

Since integrated testing began in April 2022, SLS has undergone five publicized wet dress rehearsal (WDR) tests in April, June, and September. It also attempted to launch twice on August 29th and September 3rd, although both attempts were arguably a continuation of WDR testing in everything but name. But it appears that when the rocket rolls out for the fourth time, NASA will have finally completed nearly all of the testing it should have finished before loudly proclaiming that its “Mega Moon Rocket” was ready to launch back in August.

The SLS launch debut will almost certainly take precedence over any other Cape Canaveral launch around the same time, including HAKUTO-R M1, but SpaceX could potentially launch the Moon lander roughly one day before or after NASA’s Moon rocket.