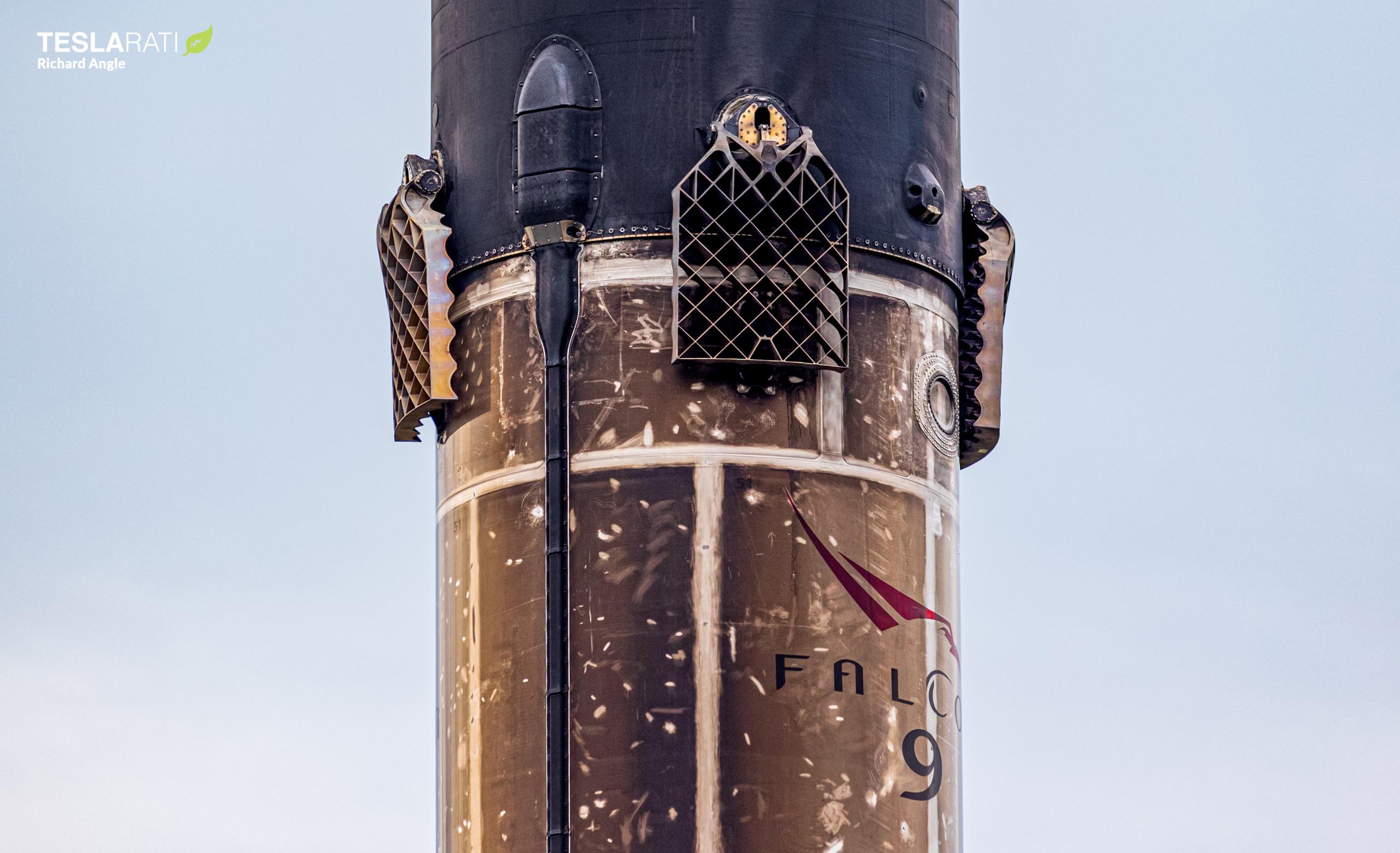 Three days after acing record-breaking tenth launch and landing, SpaceX’s sootiest Falcon 9 rocket booster yet has returned to Port Canaveral to begin the processing of preparing for its eleventh flight.

Almost exactly three years ago, speaking in a conference call focused on the debut of SpaceX’s ultimate “Block 5” Falcon booster upgrade, CEO Elon Musk revealed that Block 5 boosters were “designed to do 10 or more flights with no [scheduled] refurbishment” and “at least 100 flights [with moderate scheduled maintenance.]” Relative to the Space Shuttle, the only other operational orbital-class reusable rocket in history, 10 flights with little to no refurbishment would be an extraordinary achievement

Around 36 months later, albeit a year and a half after Musk anticipated SpaceX might reach that milestones, a Falcon 9 booster has successfully completed ten orbital-class launches and lived to tell the tale.

26 months after the booster first took flight in support of Crew Dragon’s March 2019 uncrewed orbital launch debut, Falcon 9 B1051 has narrowly beaten several of flight-proven siblings to become the first liquid rocket booster of any kind to complete ten launches. Just four days prior to that historic tenth flight, Falcon 9 booster B1049 became the second SpaceX rocket (after B1051) to ace nine launches and landings.

SpaceX quickly processed booster B1049 after its own port return and Falcon 9 B1051 narrowly missed greeting its still-vertical sibling by just a few days. Together, over the course of the 19 orbital launches those two Falcon 9 boosters have supported in ~30 months, B1049 and B1051 have collectively delivered more than 260 metric tons (~570,000 lb) of satellites and spacecraft to low Earth orbit (LEO), geostationary transfer orbit (GTO), and the International Space Station (ISS).

That performance is roughly equivalent to two expendable Saturn V Moon rocket launches for a total launch cost to SpaceX likely less than $500 million, while five of those 19 launches also brought in revenue on the order of $400M to $500M. In effect, even the small handful of commercial launches B1049 and B1051 have completed likely generated enough revenue to wholly amortize the cost of a dozen or more additional launches. SpaceX has still had to pay for propellant, maritime recovery assets, any necessary refurbishment, and the hundreds of satellites both boosters have launched, but Falcon booster reusability still offers an extraordinary return on investment even with that multitude of caveats.

Falcon 9 B1051’s safe return also means that SpaceX should have no trouble turning the booster around as it prepares to push past the ten-flight target behind Block 5’s upgrade. In recent months, multiple SpaceX executives have stated that SpaceX intends to push well beyond that ten-flight goal as boosters with more and more flight experience continue to come back in excellent condition. CEO Elon Musk even indicated that SpaceX may intentionally fly Falcon 9’s fleet-leader (B1051, in this case) until something on the booster fails during a launch or landing. SpaceX’s own Starlink launches offer the perfect opportunity for that kind of pragmatic risk-taking.