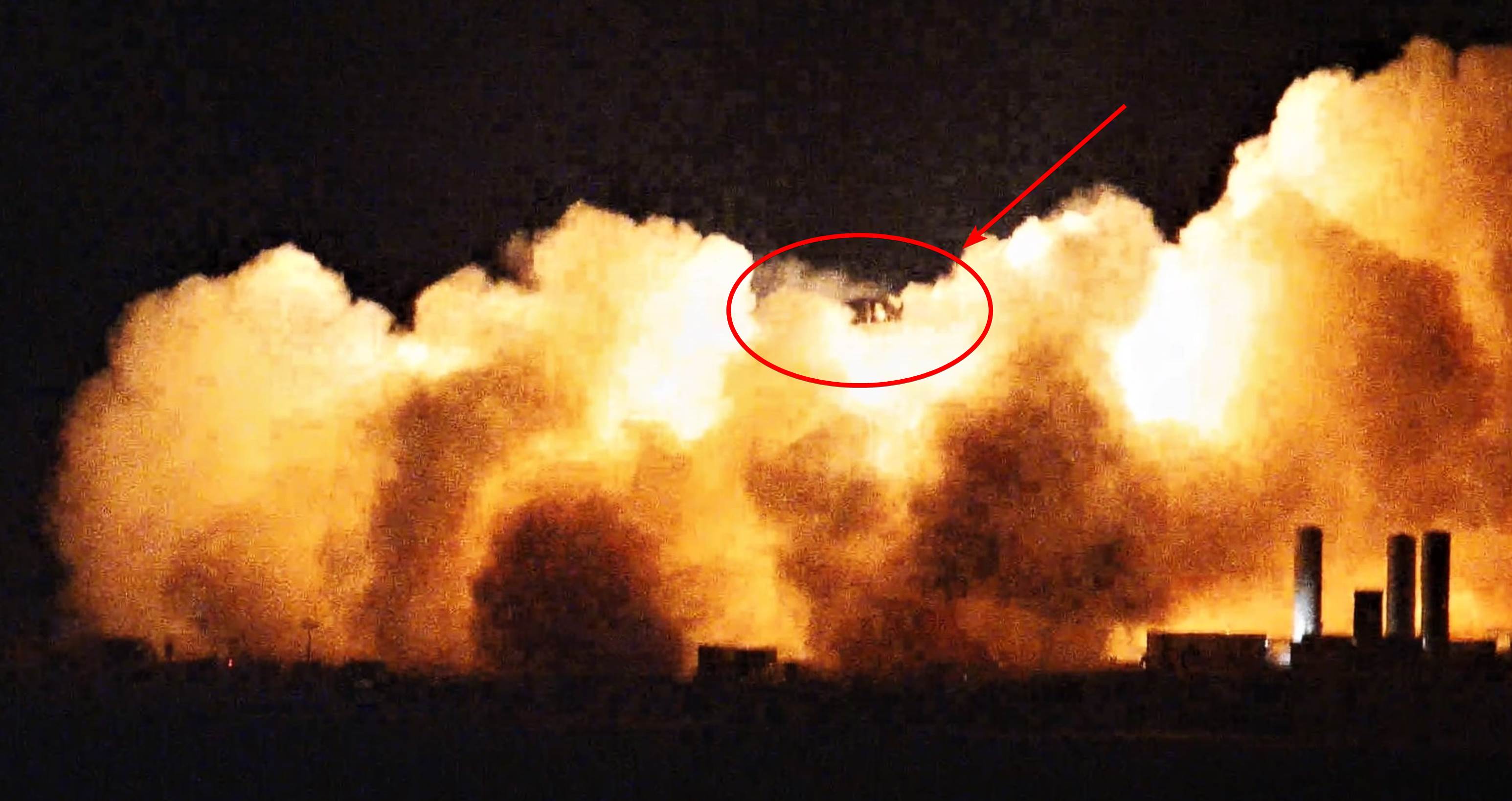 Starhopper has completed its first untethered flight ever, simultaneously a small step for the awkward prototype and a giant leap for SpaceX’s Starship/Super Heavy program as the next-gen launch vehicle is carried into a new phase: flight testing.

Despite the spectacular and reportedly successful hover and divert test, Starhopper’s powerful Raptor engine appears to have started a significant fire, placing SpaceX’s Starhopper pad in a precarious position per the fire’s apparent adjacency to full liquid oxygen tanks. Ironically, despite Starhopper’s seeming predilection as of late towards catching itself on fire, the large rocket testbed appears to be entirely unscorched as a brush fire burns around a few hundred feet distant.

Despite several hours of delays likely caused by technical bugs in pad and vehicle hardware, SpaceX persevered and Starhopper ignited its Raptor engine and lifted off the ground – sans tethers – for the first time ever a few seconds before 10:45 pm CDT (8:45 pm PDT). Obscured on almost all fronts by a massive cloud of dust, steam, smoke, and fire, Starhopper was scarcely visible during the flight but appeared through the haze some 20 seconds after landing in a distinctly different location.

Per rough measurements, Starhopper appeared to reach an apogee roughly twice its height, which just so happens to translate to ~15-20m. Raptor clearly performed nominally, although SpaceX will undoubtedly be scouring through the data produced by the engine during its first-ever flight test.

According to Elon Musk, the SpaceX CEO will present an update on the company’s progress designing, building, and testing Starship and Super Heavy soon after Starhopper’s first successful flight, meaning it could potentially happen within the next week or two. Additionally, Musk deemed Starhopper’s July 25th flight a success and indicated that SpaceX would attempt to put Starhopper through a more ambitious 200m (650 ft) hop in a week or two, continuing what is expected to be an increasingly arduous serious of tests for the prototype.

Whether or not Starhopper makes it to that end of its increasingly difficult test regime, the low-fidelity prototype’s performance will lead directly into the first static fire and flight tests of what Musk deemed SpaceX’s “Mk 1” Starship prototypes, two of which are simultaneously under construction in Texas and Florida. Those Mk 1 flight tests could begin as early as September or October, barring any and all delays.

For the most part, Starhopper is more of a flying test stand for Raptor than a true Starship prototype, although the ungainly vehicle has undoubtedly proven that SpaceX is capable of building a flight-capable rocket out of steel – a first for the company.

At the moment, the aforementioned brush fire continues to burn around the apron of SpaceX’s spartan pad facilities. Thankfully, no propellant storage tanks appear to have been breached and the fire’s apparent adjacency to Starhopper’s pad just be an artifact of foreshortening. Stay tuned for updates on and photos of the test, as well as the post-test condition of Starhopper and post-fire condition of its launch pad.