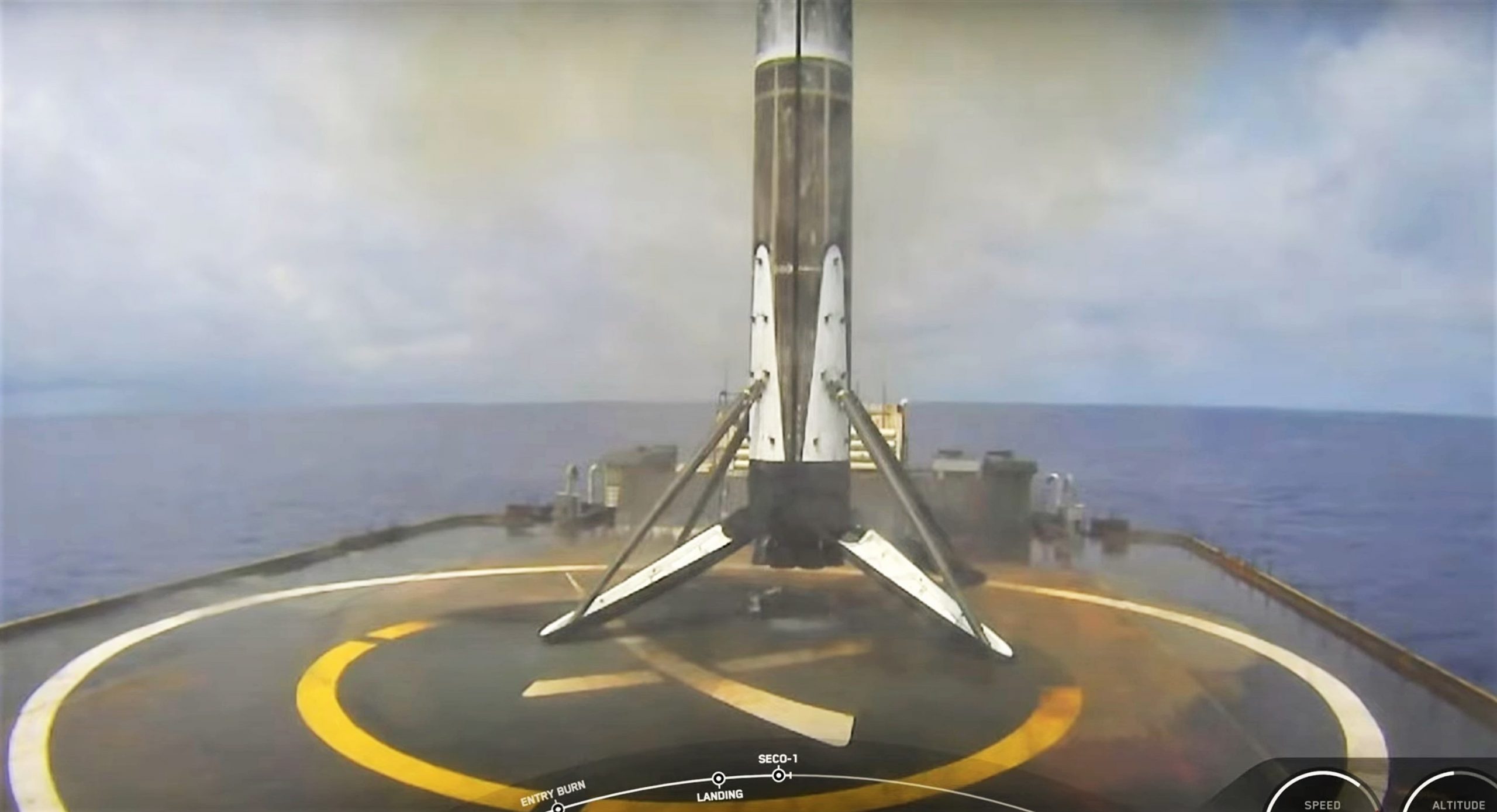 SpaceX's 14th Starlink launch of 2021 is set to mark the first time a Falcon fairing half flies for the fifth time. (Richard Angle)

SpaceX says that its 14th Starlink launch of 2021 will also be the first mission to fly a reusable Falcon payload fairing for the fifth time, marking a significant milestone just 18 months after fairing reuse began.

Scheduled to lift off no earlier than (NET) 2:59 pm EDT (18:59 UTC) on Wednesday, May 26th, Starlink-28 will be SpaceX’s 12th dedicated Starlink launch and 14th Starlink launch overall this year – representing more than 780 satellites safely delivered to orbit in five months. Perhaps most notably, Starlink-28 – if successful – will push SpaceX past a milestone that COO and President Gwynne Shotwell recently stated would enable virtually uninterrupted Starlink coverage of the populated world.

SpaceX says that Starlink-28 will fly with two flight-proven payload fairing halves – one having previously supported four Starlink missions and the other a Starlink mission and Transporter-1. Falcon fairings are vast nosecone-like structures built mainly out of carbon fiber and aluminum honeycomb composites and designed to maintain a sterile, controlled environment for satellites and protect them from the elements, heating, and aerodynamic stress while inside Earth’s atmosphere. SpaceX currently uses the same fairing design for all Falcon 9 and Falcon Heavy satellite launches, simplifying its product line to keep costs as low as possible.

Historically, SpaceX executives have stated that each pair of Falcon fairings represents around 10% of the cost of Falcon 9 production, or $5 million. Due to the need for massive autoclave curing ovens, the volume and speed of Falcon fairing production has a firm lower limit save for expensive, space-hungry factory expansions. For SpaceX’s increasingly ambitious Starlink launch cadence goals, that means that fairing recovery and reuse is more valuable and essential than each pair’s price tag would otherwise suggest.

SpaceX reused Falcon fairings for the first time on Starlink’s first operational v1.0 satellite launch in November 2019, approximately 18 months ago. Since then, of 28 operational Starlink missions, only 11 have flown new fairings, more than doubling the effective output of SpaceX’s limited fairing production capacity. All told, SpaceX has flown 34 flight-proven fairing halves on 19 separate missions – almost every other Falcon 9 launch since November 2019.

Starlink-28 will fly one of its two fairing halves for the fifth time just 18 months after the first fairing reuse. In comparison, SpaceX’s Falcon booster reusability program took three years – 36 months – to go from first reuse to a fifth flight of the same booster. In other words, SpaceX fairing reusability is speeding right along as it crosses milestones more than twice as quickly as boosters did. Over the brief life of the program, fairing reuse has likely already saved SpaceX at least $90 million in nonrecurring costs while simultaneously freeing up a substantial portion of the company’s composites team to fill in on other composites projects and reducing or replacing the need for tens of millions of dollars of new production space and equipment.