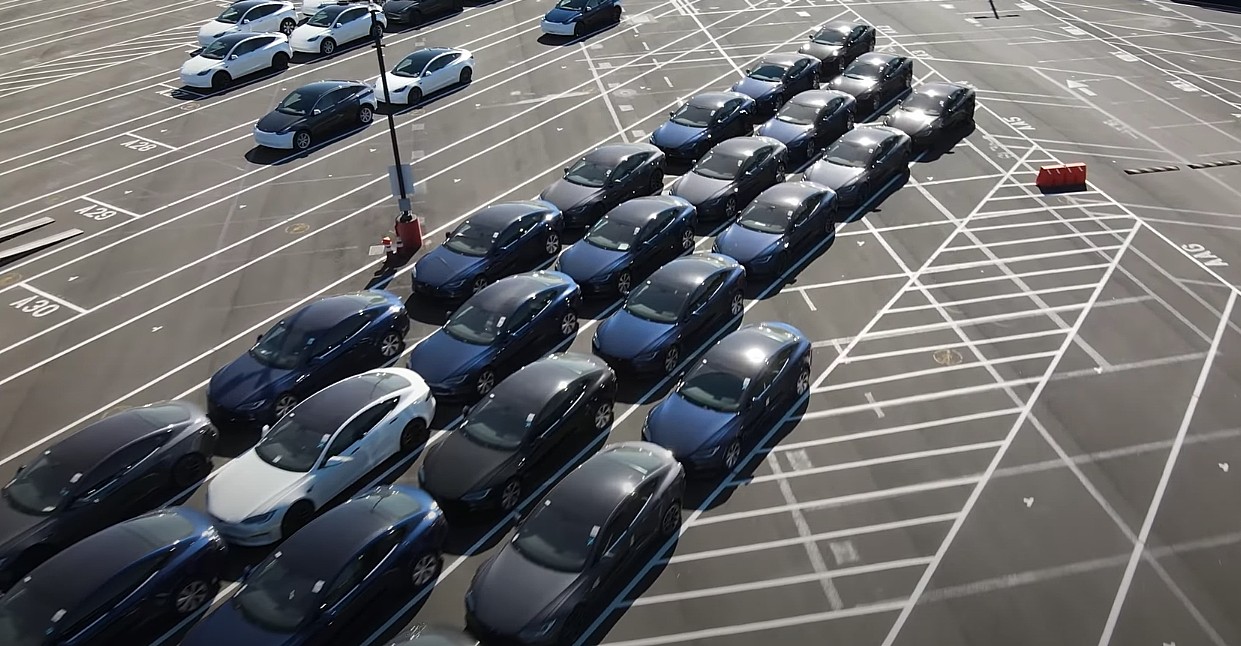 Tesla appears to have overcome the challenges that have plagued the Model S Plaid’s deliveries for the past few months. This was hinted at in a recent drone flyover of the Fremont Factory, which revealed large numbers of the flagship electric sedan seemingly being gathered for customer deliveries.

New footage of the Fremont Factory’s holding lots was provided by drone operator and electric vehicle advocate Gabeincal, who has been following the progress of Tesla’s facilities in the area for the past months. The drone operator spotted several interesting activities in his recent flyover, particularly those surrounding the Model S refresh.

As could be seen from the recent aerial footage of the site, Tesla has seemingly started to ship the new Model S from the Fremont Factory. Groups of other Model S were also being worked on in another area of the facility. This suggests that Tesla remains hard at work in ensuring that its new flagship sedan will be ready for the June 3 delivery event that Elon Musk recently announced on Twitter.

The presence of the Model S sedans all around the Fremont Factory suggests that Tesla’s second-quarter would be far different than Q1, which saw no Model S sedans produced in the entire quarter. Elon Musk explained during the first-quarter earnings call that the delays in the new Model S’ deliveries were due to the ongoing supply chain issues, as well as challenges associated with the vehicles’ updates.

Despite this, Musk noted that ultimately, things would likely go down to how well Tesla could improve the Model S’ supply chain and internal production processes. The CEO also noted that he believes the new Model S would see some strong demand among car buyers.

“I think as we ramp up, I think probably the demand for the new S/X will be quite high, it’s really just going to be a question of ramping supply chain and internal production processes. We’re going to aim to produce over 2,000 S/X per week. Perhaps if we get lucky, upwards of 2,400 or 2,500. This again is contingent on global supply chain issues, which is just a lot of factors outside of our control here. But I do think this will get solved,” Musk said.

Watch the recent flyover of the Fremont Factory in the video below.