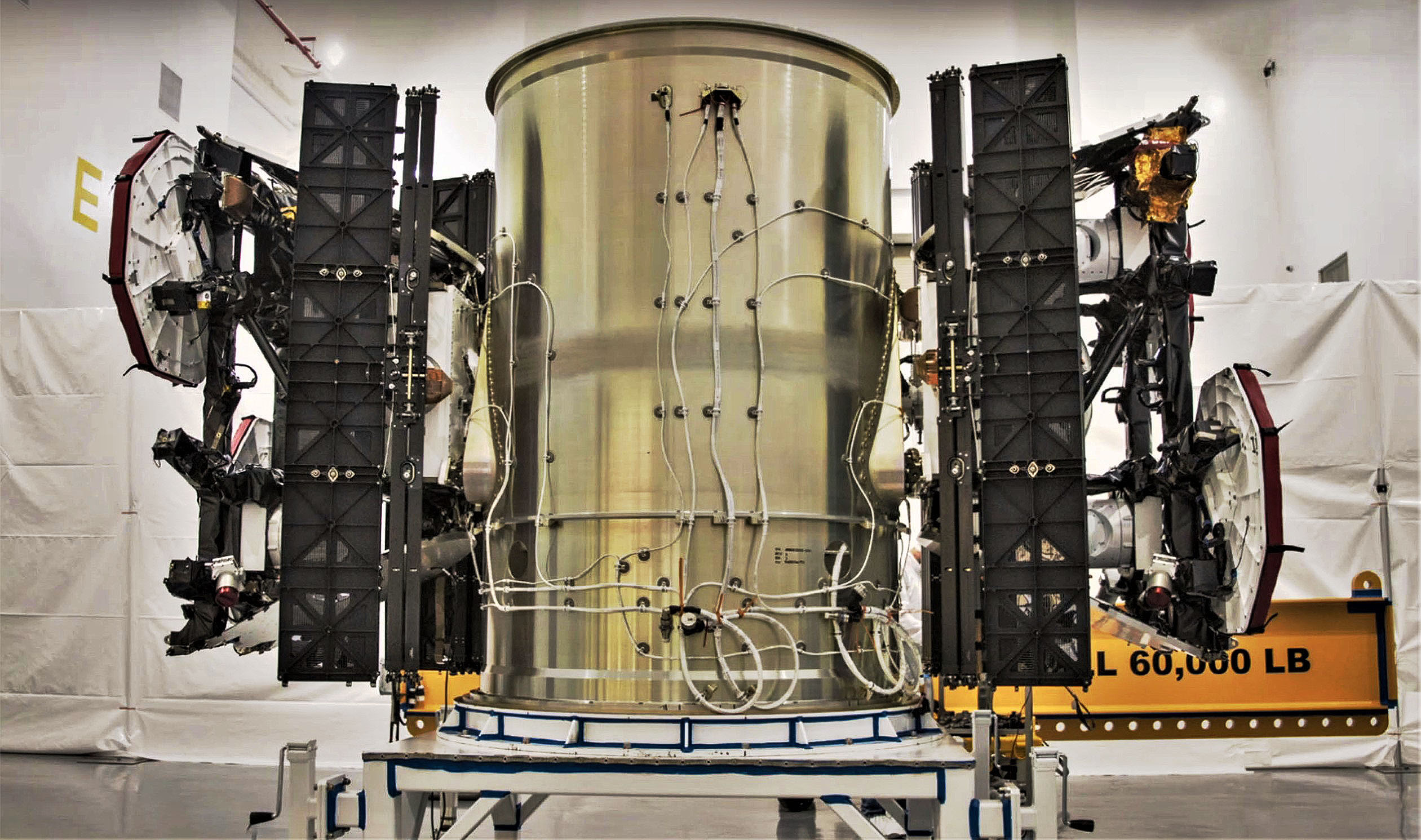 Spotted on an official SpaceX T-shirt commemorating Starlink’s first two prototype satellites and corroborated through analysis of limited public photos of the spacecraft, SpaceX appears to be testing a relatively unique style of solar arrays on the first two satellites launched into orbit, known as Tintin A (Alice) and B (Bob).

It’s difficult to judge anything concrete from the nature of what may be immature prototypes, but SpaceX’s decision to take a major step away from its own style of solar expertise – Cargo Dragon’s traditional rigid panel arrays – is almost certainly motivated by a need to push beyond the current state of the art of satellite design and production. 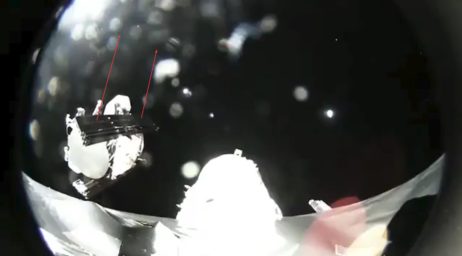 The axis Tintin solar arrays would deploy along. (SpaceX) 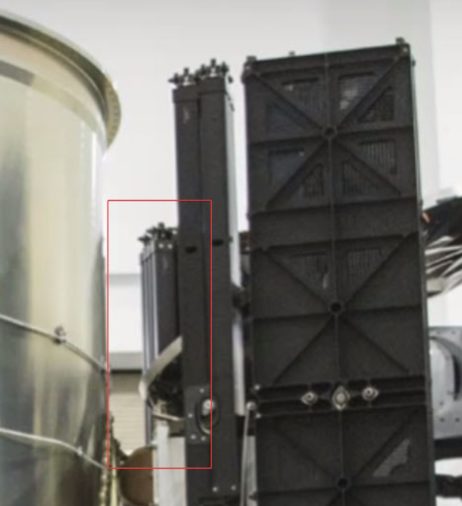 Just like a scissor mechanism, Tintin’s solar arrays have an extremely thin sandwich of what looks like four interlocking leaves. (SpaceX) 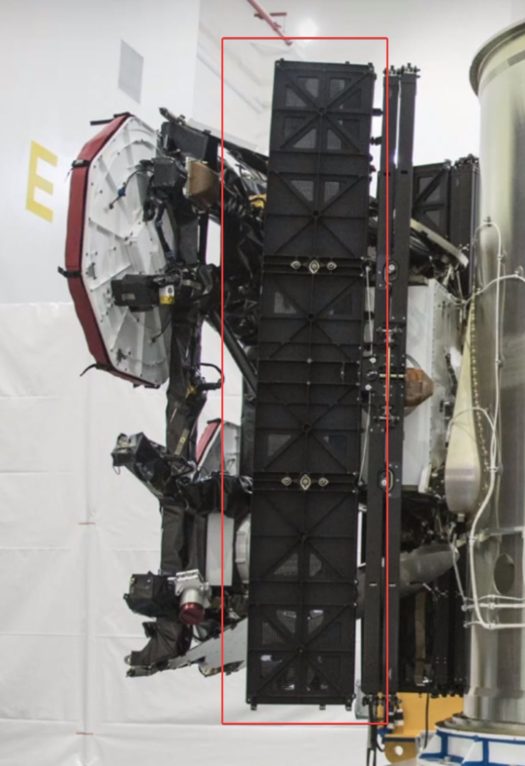 If the thin structure is a scissor deployment mechanism, the wider black section would be a housing for wiring and the solar array panels, likely thin and flexible rectangles that fold out to reach their full 6m length. (SpaceX)

Unlike any discernible solar panel deployment mechanism with a flight history, SpaceX’s Starlink engineers seem to have taken a style of deployment used successfully on the International Space Station and mixed it with a modern style of solar arrays, relying on several flexible panels that can be efficiently packed together and designed to be extremely lightweight. While a major departure from SpaceX’s successful Cargo Dragon solar arrays, the mechanisms visible on the Tintins seem to have the potential to improve upon the packing efficiency, ease of manufacturing, and number of failure modes present on Dragon’s panels.

In essence, those three motivations are indicative of the challenges SpaceX’s Starlink program must solve in a more general sense. In order to even approach SpaceX’s operational aspirations for Starlink (i.e. high-speed internet delivered from space almost anywhere on Earth), the company will need to find ways to mass-produce hundreds or thousands of high-performance satellites annually at a price-per-unit unprecedented in the history of commercial satellites, all while keeping the weight and volume of each satellite as low as possible (no more than a few hundred kilograms).

To give an idea of where the industry currently stands, satellite internet provider Viasat launched its own Viasat-2 spacecraft in 2017. Weighing in around 6500 kg (14300 lb), the immense satellite cost at least $600 million and offers an instantaneous bandwidth of 300 gigabits per second, impressive but also gobsmackingly expensive at $2 million/Gbps. To ever hope to make Starlink a reality, SpaceX will need to beat that value by at least a factor of 5-10, producing Starlink satellites for no more than $1-3 million apiece ($4.5B-$13.5B alone to manufacture the initial 4,425 satellite constellation) with a bandwidth of 20 Gbps – baselined in official statements.

Compared to the state of the art, a $1 million satellite with optical (laser) interlinks, multiple phased array antennae, electric ion propulsion, two 1-2 kW solar arrays, and bandwidth on the order of 20 Gbps is – to put it nicely – wildly ambitious. Fundamentally, SpaceX will need to revolutionize design and mass-production of all of the above subcomponents, and perhaps the unfamiliar solar arrays present on the Tintin twins are a first step towards tackling at least one of those revolutions-in-waiting.

Will do another rev before final design

According to CEO Elon Musk, another set of prototype satellites will likely be launched and tested in orbit before settling on a finalized Starlink design.