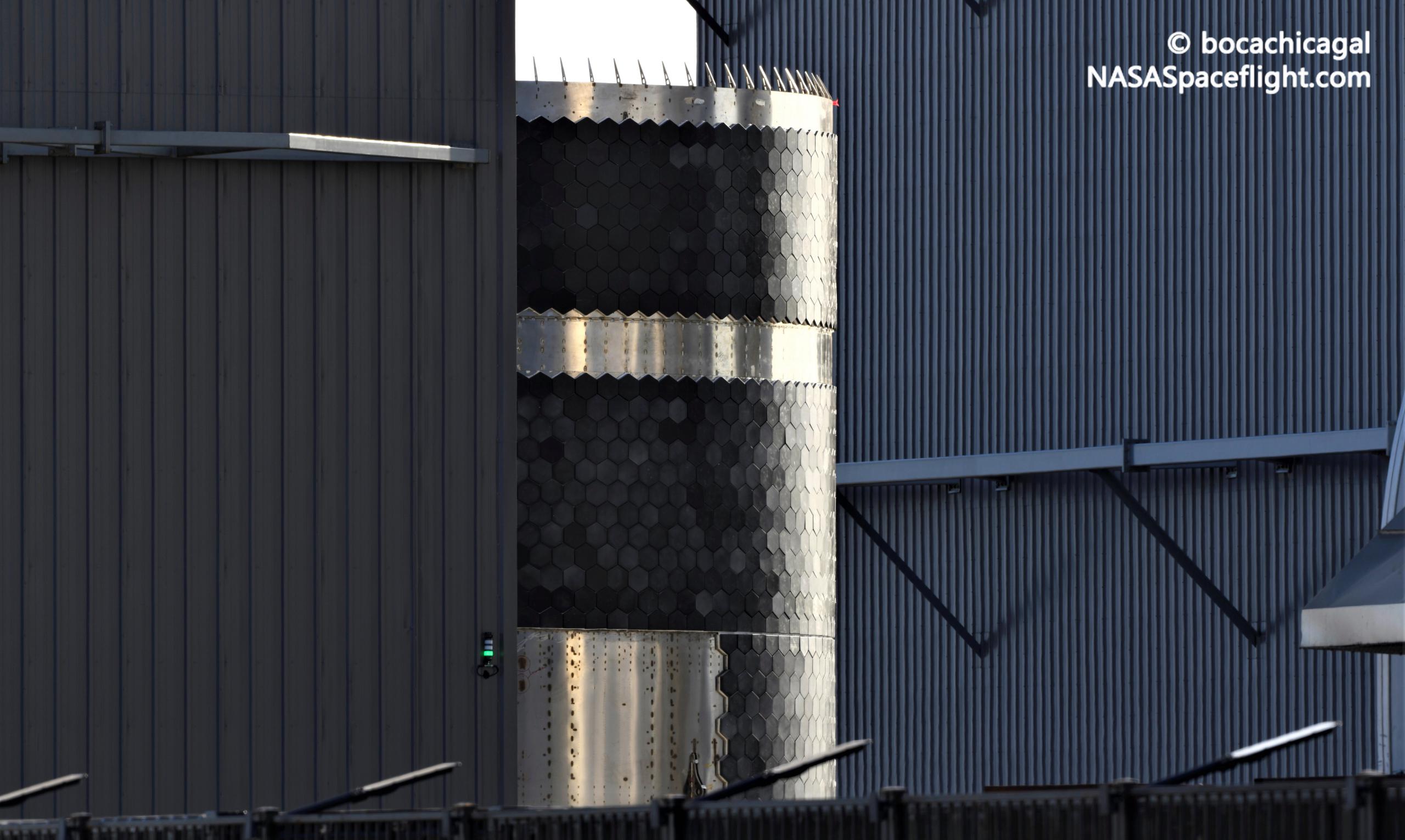 At the same time as SpaceX is assembling hardware and manufacturing dozens of Raptor engines for Starship’s inaugural orbital test flight, it’s also preparing for what will follow.

Last week, a local photographer captured photos of one of the many dozens of deliveries that arrive at SpaceX’s Boca Chica Starship factory every month – notable this time around because of package labels that reference a “heat shield” and “mini bakery.” In any other case, it would’ve been just another nondescript delivery – likely carrying the latest batch of the ceramic Starship heat shield tiles SpaceX currently manufactures in Cocoa Beach and Cape Canaveral, Florida.

However, as the photographer (@StarshipGazer) that captured the images noted, that Florida Starship heat shield factory just so happens to be colloquially known as “The Bakery” by the SpaceX team that runs it.

As the nickname would suggest, The Bakery is one of two main Florida-based facilities tasked with turning raw materials into the black, hexagonal heat shield tiles that have begun to spread across the exterior of Starship prototypes. The June 7th delivery of a “mini bakery” strongly implies that SpaceX has now begun to build out some limited capacity for heat shield tile production at Boca Chica itself – under the main Starship factory roof, in other words.

While the number of tiles present has only really begun to grow in the last six or so months, SpaceX has been building, testing, and refining Starship’s heat shield technology for more than two years. SpaceX’s custom-built ceramic tiles made their first public appearances in July and August 2019, first launching into orbit on a Cargo Dragon spacecraft and later tagging along on Starhopper’s spectacular 150m (~500 ft) hop a few weeks later. Dragon went on to reenter and splash down in the Pacific Ocean without issue about a month later, effectively marking the first successful orbital reentry of (part of) a Starship heat shield.

With Starship SN8 heralding the arrival of full-size prototype flight tests in the last few months of 2020, SpaceX began to substantially increase the number of tiles installed on Starships, jumping from a handful to hundreds within a few months. Although Starship SN15’s successful May 5th, 2021 launch and landing likely means it will never fly, Starship SN16 was outfitted with more than a thousand tiles (and SN15 flew with almost as many). While those tiles have essentially zero experience acting as a heat shield on Starship prototypes, launching them on suborbital test flights still subjects those heat shield installations to major thermal and mechanical stresses similar to (or worse than) what Starship will need to withstand during launch and after reentry.

Given that at least a few of the ceramic tiles installed on each prototype have invariably shattered at some point during testing, it’s unclear exactly how successful those coupon tests have been. Unlike the Space Shuttle, which also relied almost exclusively on catastrophically fragile ceramic heat shield tiles, Starship’s tiles are mounted directly to its hull and that hull is made out of steel instead of an aluminum frame. In theory, Starship’s structure can thus withstand – and remain functional – at temperatures approaching 800°C (1500°F), whereas the Shuttle’s heat shield had to keep the vehicle’s aluminum structure below ~180°C (360°F).

Of course, Starship has yet to even attempt to survive an orbital-velocity reentry with some 10,000 ceramic heat shield tiles mounted directly to its steel skin. If successful, SpaceX’s ultra-simple design could give Starship massive advantages over the Shuttle, which ultimately proved to be more dangerous than traditional crew capsules and about as expensive as a similarly capable expendable rocket. But Starship’s heat shield has its work cut out for it to prove that the vast spacecraft is truly up to the challenge of orbital reentry and safe, reliable reuse.