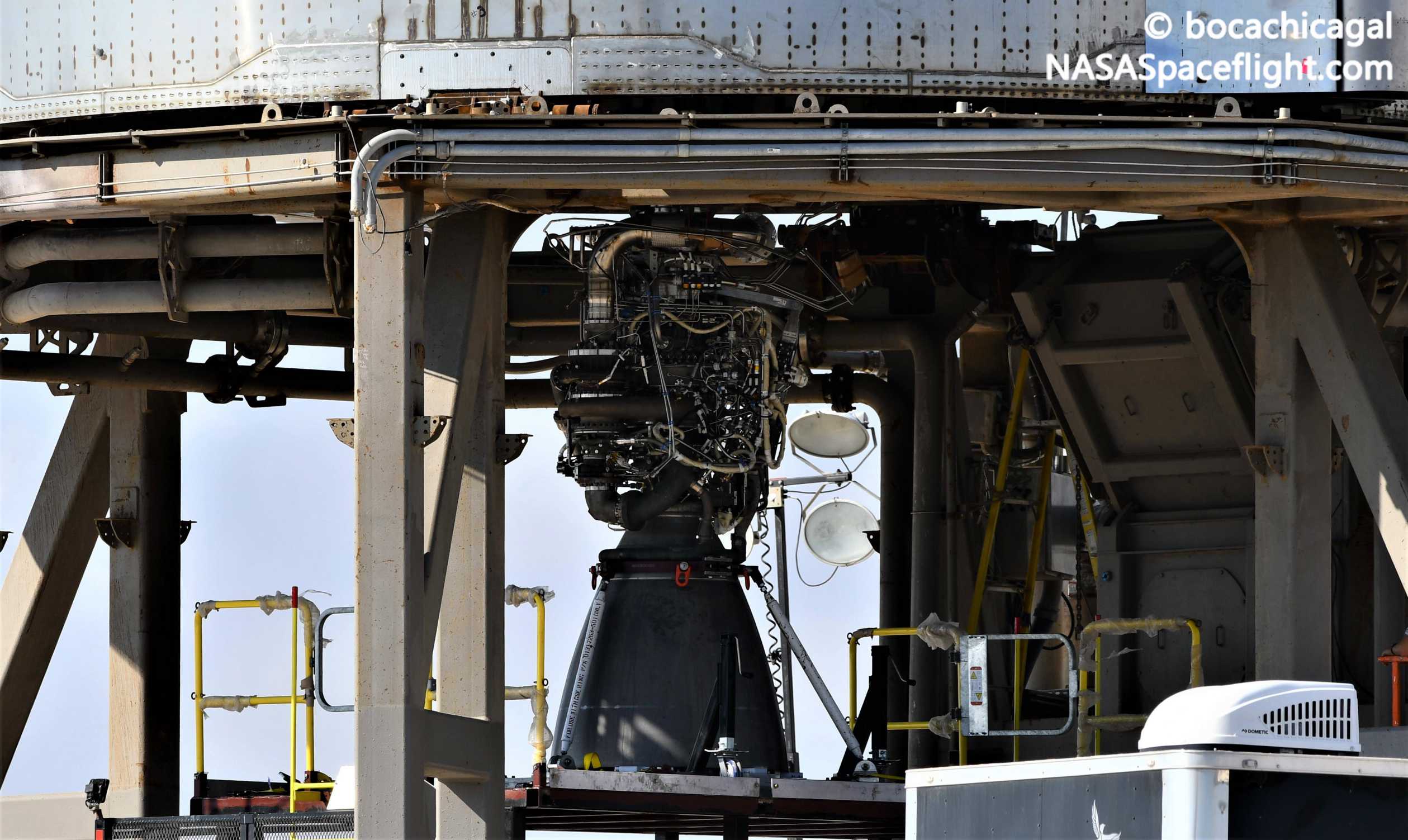 On October 9th, the CEO revealed that the first SpaceX Starship prototype bound for a crucial high-altitude test flight had successfully completed cryogenic proof testing after four full nights of work. Curiously, Musk didn’t say much else but past comments indicated that SpaceX would follow up a successful Starship SN8 cryo proof test by installing three Raptors for the first attempt at a historic engine testing milestone: the multi-engine static fire.

Recently discussed on Teslarati, Starship SN8 was the first flightworthy prototype to have functional aerodynamic control surfaces (flaps) installed, a milestone SpaceX passed on September 23rd. The rocket was rolled to the launch pad three days later but forced to sit at the pad for four days until high winds died down, at which point SpaceX was able to install SN8 on the launch mount.

“If SN8 reaches the necessary pressure and survives the stress of its cryo proof(s), it will likely become the first Starship to attempt a triple-Raptor static fire – a first for the engine, too. Starship SN8’s first cryo proof attempt is scheduled no earlier than 9pm-6am CDT (UTC-5) on Sunday, October 4th with backup windows on the 5th and 6th. The first static fire attempt – possibly beginning with one Raptor or jumping straight to three – could happen several days after a successful cryo proof.

According to Elon Musk, SpaceX will static fire SN8 twice before attempting its 15 km (~50,000 ft) launch debut. More likely than not, SpaceX will attempt a triple-engine static fire with the Starship as-is, install SN8’s nosecone and forward flaps, and attempt a second static fire while only drawing propellant from the rocket’s smaller header tanks (one of which is located in the tip of its nose). Only time (or Elon tweets) will tell.”

As speculated on October 1st, it appears that SpaceX will indeed proceed with Raptor static fire testing before installing Starship SN8’s nose section, reducing the schedule impact and cost of a hypothetical failure. Although modern computer simulations are far better than they used to be, there is still always some inherent risk present during the first multi-engine static fire of a rocket, as operating multiple rocket engines in close proximity can produce complex interactions that are hard to predict.

Based on the fact that SpaceX has already shipped two Raptors to the launch pad, it looks like Starship SN8 will begin static fire testing with three engines installed, although there’s still a chance SpaceX will sequentially proceed through one, two, and three-Raptor tests.

Regardless, SpaceX has yet to file for road closures for Starship SN8’s first static fire test campaign. Based on past tests with Starships SN4, SN5, and SN6, the first static fire attempt could happen just a few days to a week after engine installation and will be preceded by at least one or two wet dress rehearsals (WDRs) and Raptor ‘spin prime’ and/or preburner tests. Per Musk, after the first successful static fire, SpaceX will inspect the rocket (and likely install its nose section) before performing another static fire to clear Starship SN8 for flight. Stay tuned for updates!