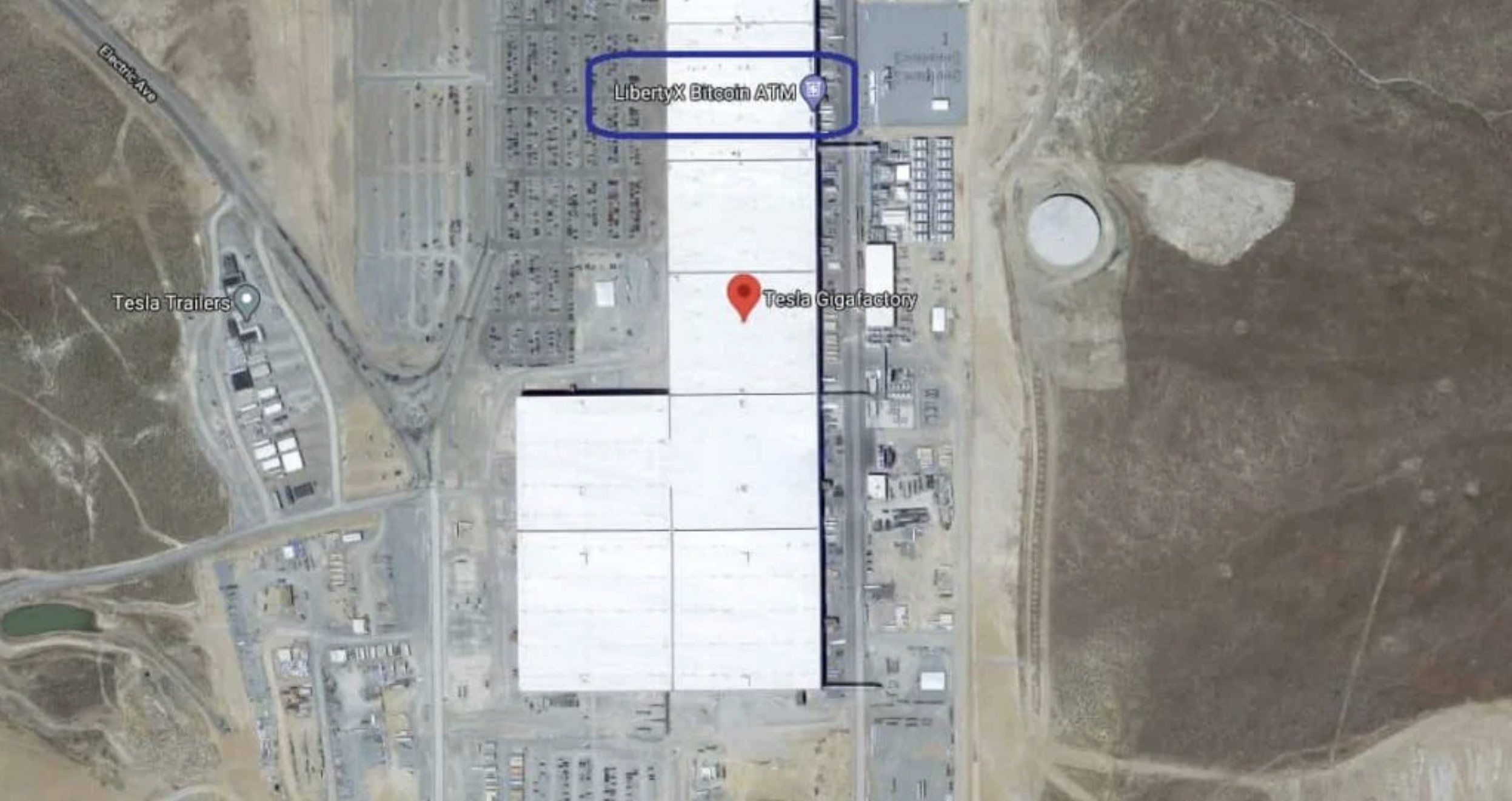 Note: In a recent post on Twitter, CEO Elon Musk has noted that he does not believe the report of Bitcoin ATMs in Tesla’s factories is accurate.

Tesla, being as forward-thinking as ever, now has Bitcoin ATMs at the Fremont Factory and Gigafactory Nevada.

One of the Bitcoin ATMs was originally spotted by Twitter user Will Reeves. LibertyX, the company responsible for the Bitcoin ATMs, reached out to Finbold and confirmed Reeves’ sighting in an official statement.

“The Tesla locations have been live since August. The ATM is currently only accessible for employees,” LibertyX told Finbold.

The Bitcoin ATM company also stated that it did not install a new kiosk at Gigafactory Nevada. It simply added Bitcoin-selling features via software to three ATMs in the facility that were already installed.

Just passed by and saw @elonmusk has a bitcoin atm at the Gigafactory. pic.twitter.com/8HpkDkFwqP

A quick search through LibertyX’s website revealed that Tesla also has a Bitcoin ATM in the Fremont Factory for employees to use.

Just this past June, crypto scammers used Elon Musk and SpaceX to steal up to $150,000 from YouTube viewers. The scammers convinced viewers to send Bitcoin to several YouTube channels by hacking legitimate accounts and rebranding them to fit their purpose.

They used archived footage of Elon Musk to broadcast a live event and convince viewers the channels were authentic. Other scammers went a step further and copied Elon Musk’s Twitter account, confusing his followers.

I’m going to keep banging on about this until twitter sorts it: When I look at a trump tweet, 1 of top replies is always scam re: an Elon Musk BTC giveaway. It has a reply from stolen verified acct, being used to pump scam, which is why I guess it appears high up. pic.twitter.com/Wi3RKyVmPN

Despite crypto scammers using his identity and his companies’ brands for their schemes, Elon Musk remains a supporter of cryptocurrencies and an influential figure in the crypto industry, according to Cointelegraph.

He has applauded Bitcoin, in particular, for having a “brilliant” structure. The installation of two Bitcoin ATMs in two Tesla Gigafactories suggests that Musk’s stance on cryptocurrencies still holds.

The Tesla CEO might not stop at installing Bitcoin ATMs in just two Gigafactories either. LibertyX stated that it has more Bitcoin ATMs ready for installation.

I still only own 0.25 Bitcoins btw

“LibertyX has partnered with the two largest ATM manufacturers (Genmega and Hyosung) to offer bitcoin software preinstalled on traditional ATMs. Once operators activate the feature, consumers can start buying bitcoin with their debit card from ATMs nationwide. We have 5,000 ATMs already live and plan to roll it out at over 100,000 ATMs over the next few years,” the company explained further.

LibertyX did not state that more of its Bitcoin ATMs would be installed at Tesla’s factories. However, it is a possibility, especially if the Bitcoin ATMs in Nevada and Fremont are popular with the employees.

They have the best coin

If the Bitcoin ATMs do become a hit, Elon Musk may start thinking of installing Dogecoin ATMs as well. After all, Musk was briefly the CEO of Dogecoin, and the cryptocurrency’s meme origins fit perfectly with his online tendencies.