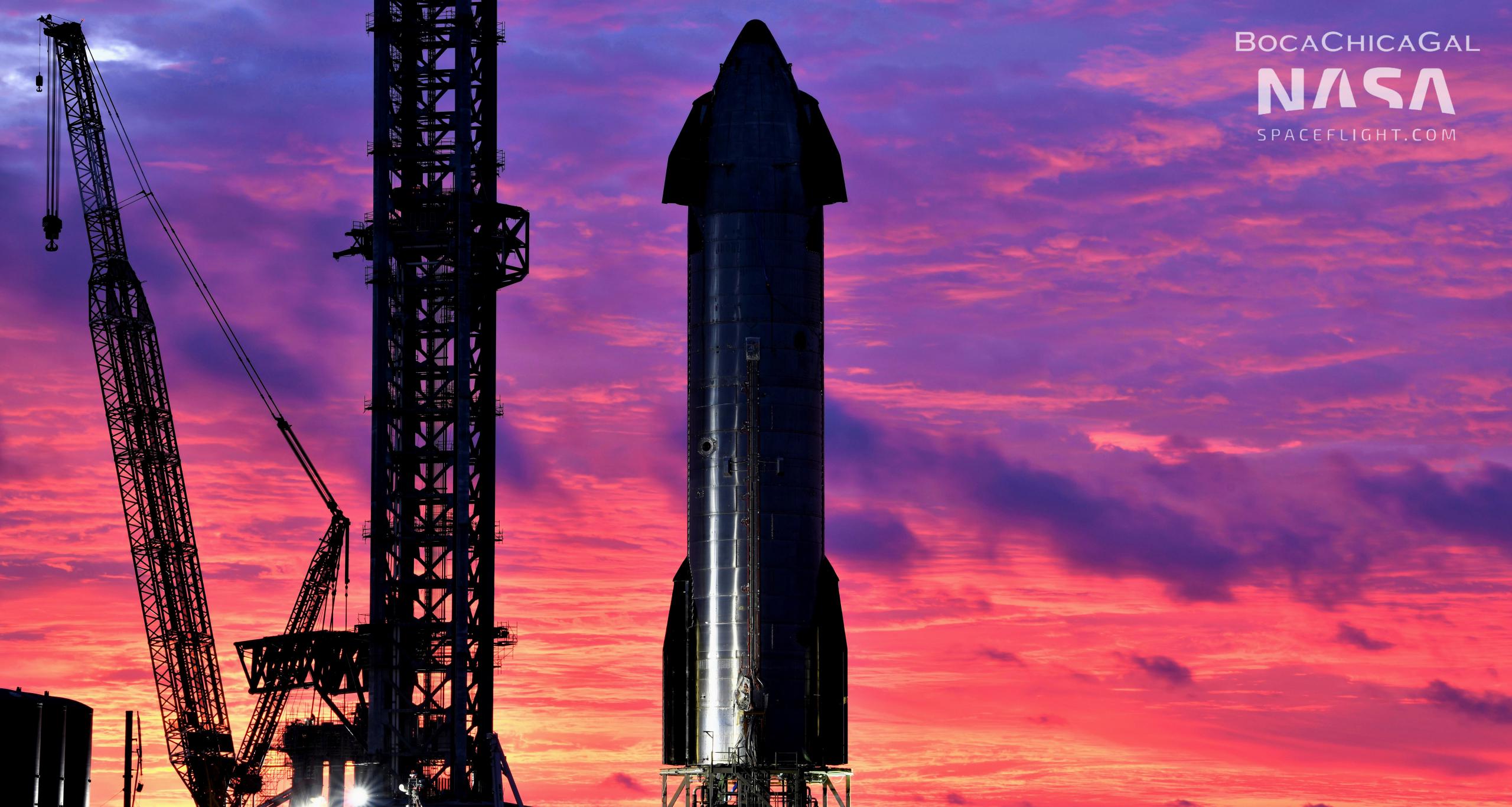 Over the weekend, SpaceX has installed the last of its first orbital-class Starship’s six Raptor engines, setting the prototype up for one or several record-breaking tests later this week.

Tentatively scheduled as early as 10am to 6pm CDT on Monday Tuesday, November 1st 2nd, the next test up on Starship 20’s (S20) docket will likely be its third static fire in eleven days. Ship 20 completed its first Raptor-involved test – known as a preburner test – on October 19th, followed by two successful back-to-back static fires – one with one Raptor and one with two – on October 21st.

Less than 36 hours later, the Starship’s two missing Raptor Center (RC) engines (of a total of three) had been installed by Friday morning, October 22nd. For unknown reasons, no testing was completed the following week it and it took SpaceX another six and a half days to deliver the final two missing engines to the pad for installation on S20. Regardless, both missing Raptor Vacuum engines were installed by 2am CDT on Saturday, October 30th, marking the second time a Starship prototype has had all six Raptors installed.

While it might be the second time SpaceX has installed six Raptors on a Starship, it’s likely the first time six engines have been fully integrated with Ship 20’s propellant tanks, gas supplies, and avionics. How exactly SpaceX plans to proceed is unclear but odds are good that Starship S20’s next static fire test campaign will involve simultaneous igniting at least four of its six Raptor engines, setting a new record for the number of Raptors simultaneously ignited.

More likely than not, though, Ship 20’s next campaign will culminate in the simultaneous ignition of all six Raptors to (hopefully) complete the first true orbital-class Starship static fire. Like SpaceX has only just begun to do with Falcon boosters, flight-proven Starships might eventually be able to skip preflight static fire tests, but it’s virtually guaranteed that SpaceX will still proof test Starship and Super Heavy before flights until ships, boosters, and Raptors have stable designs with substantial flight experience. To ensure full-fidelity testing, those static fires will always have to qualify all installed engines. That includes Starship, which is designed to burn both its sea-level and vacuum-optimized Raptors from booster separation to orbit.

At full throttle, depending on the efficiency of its three RVacs at sea level, Starship S20’s six Raptor V1.0 engines could produce ~1100 tons (~2.4M lbf) of thrust. By comparison, SpaceX’s workhorse Falcon 9 rocket produces around 760 tons (~1.7M lbf) of thrust at liftoff, meaning that Starship will likely become the most powerful single-core rocket the company has ever tested even if it never throttles above ~70%.

There’s a good chance that SpaceX will start Ship 20’s next round of tests by separately firing both sets of three Raptor Center and Vacuum engines or with a mixed three or four-engine test to follow the latest two-engine test. SpaceX could also take the most iterative approach and test three, four, and five engines at a time before the final six-engine test. Regardless, virtually all possible static fire tests Ship 20 is now configured to perform will be program ‘firsts’ of some kind.