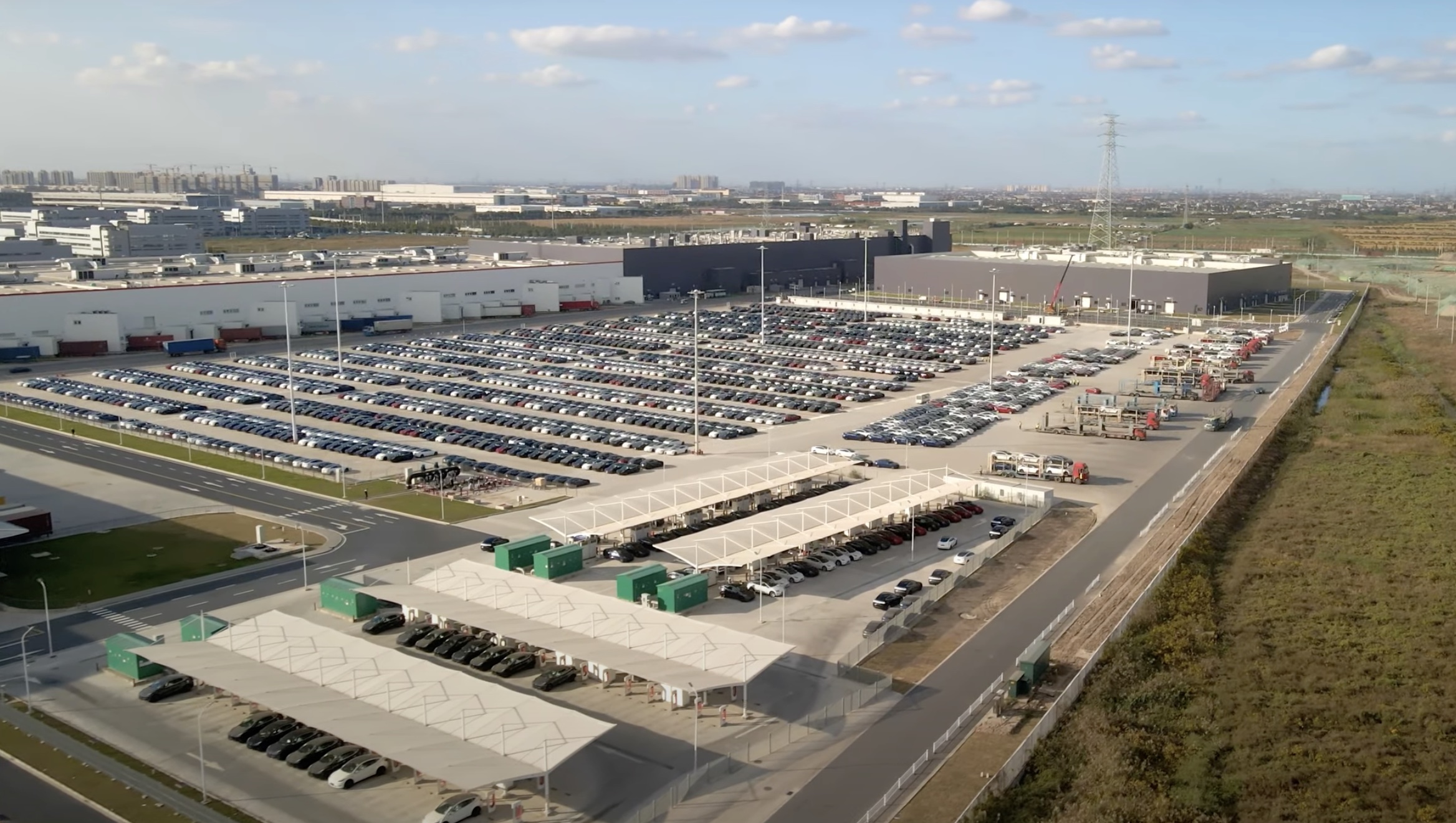 Tesla China seems ready to crush Q4 2021 deliveries. A recent video of Giga Shanghai revealed that the factory’s holding lot was filled to the brim, hinting at Tesla’s strong demand this quarter.

Tesla advocates counted a record-shattering 2,150+ vehicles parked at Giga Shanghai in an October 28th video posted by drone operator Jason Yang. The video reveals that Giga Shanghai isn’t letting up as 2021 ends. It seems like Tesla China is doing the exact opposite and pushing harder than ever.

As of September, Tesla Giga Shanghai hit a production rate of 1,600 Model Y units per day. In August, the facility reported producing 1,000 Model Y vehicles and 800 Model 3 units per day. Giga Shanghai’s updated Model 3 numbers have not been reported, but it may be safe to estimate that the factory produces at least 2,000 vehicles per day.

Tesla Giga Shanghai still seems to be increasing its production capacity. Tesla still appears to be optimizing all of its current gigafactories. As of Q3 2021, Tesla has delivered 627,350 units this year so far, beating its overall 2020 delivery numbers of 499,550.

Check out a video of Giga Shanghai below!