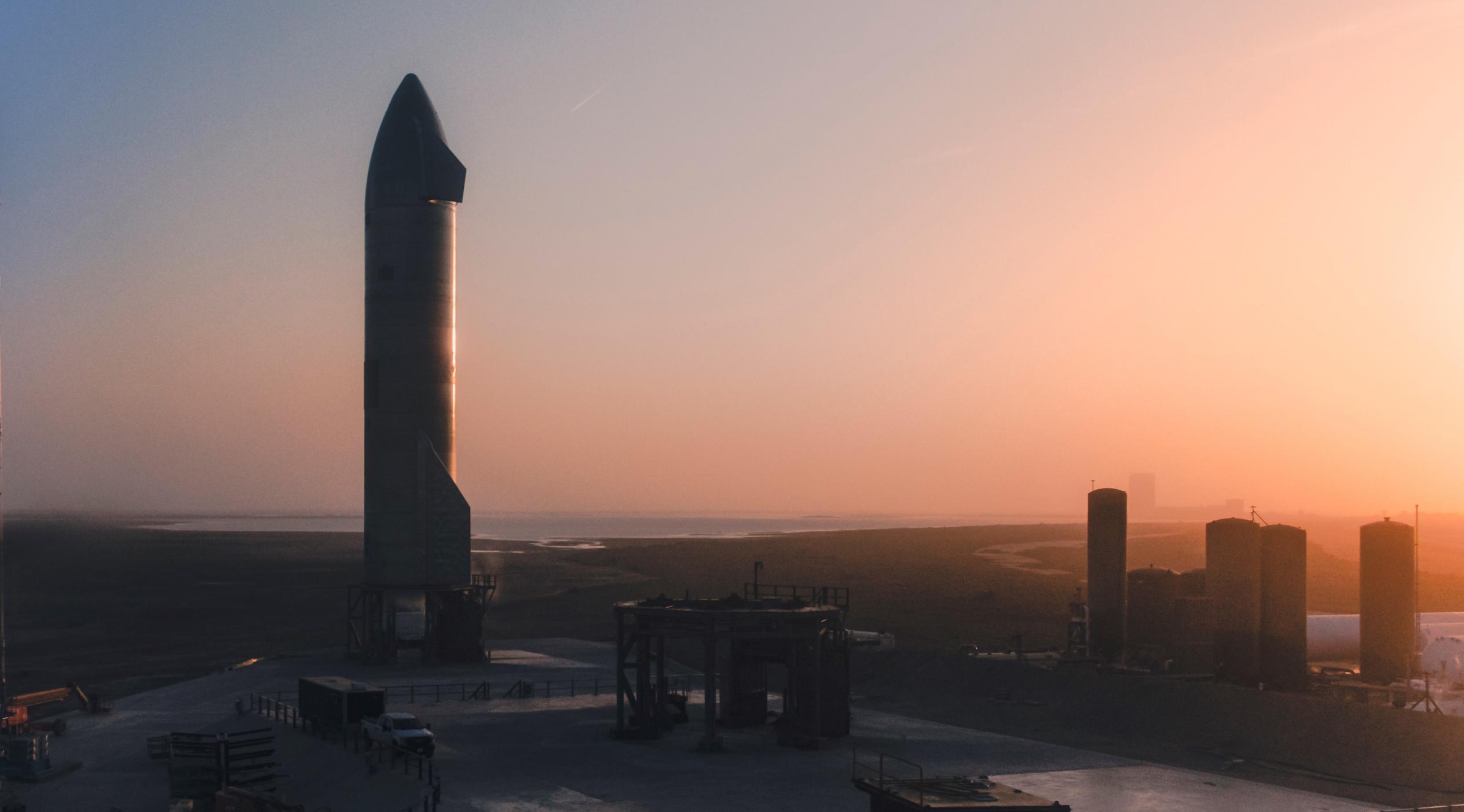 Starship SN11 is scheduled to follow in the footsteps of SN8, SN9, and SN10 as early as Friday - but only if it can complete a static fire test hours prior. (SpaceX)

Update: Starship SN11 did manage a timely static fire around 8am CDT but after hours of work, SpaceX appears to have scrubbed a Friday, March 26th launch attempt.

SpaceX’s website has yet to be updated and Friday’s FAA TFR is still active but a road closure meant to last until 7:30 pm CDT to cover the static fire and launch was retracted after the highway was reopened around 2:45 pm. It’s unclear what caused the scrub but weather or technical issues from the static fire are two likely candidates. SpaceX still has TFRs active on Saturday and Sunday, but the company hasn’t tested or flown on a weekend in months.

Lacking only an official confirmation, SpaceX appears to be readying the fourth full-size Starship prototype to attempt a Raptor static fire test and launch on the same day.

That hopeful day in question happens to be today – Friday, March 26th. If all goes according to plan, Starship serial number SN11 will fire up its three Raptors, verifying their health after an engine was apparently swapped out on Wednesday. Possibly just an hour or two later, after detanking and retanking liquid oxygen and methane propellant, the Starship prototype could lift off on SpaceX’s fourth high-altitude test flight.

Late on March 24th, SpaceX rolled Raptor engine SN46 from its Boca Chica factory to the launch pad, where Starship SN11 is installed on one of two suborbital launch mounts. The engine move and subsequent installation came as a surprise, as nobody managed to catch an implied Starship SN11 engine removal in the two or three days prior (extremely thick fog being the likeliest cause).

The implied issue with the Raptor that was removed is likely to blame for a several-day launch delay that followed Starship’s seemingly successful Monday static fire. After that test, SN11’s launch was initially scheduled as early as Tuesday or Wednesday, only to slip day by day as the week proceeded. SN11 first rolled to the launch pad on March 8th, just 18 days ago, so launch delays don’t come as a huge surprise given that the current factory-to-launch record for a three-engine Starship is 33 days, three static fires, and one engine swap.

If SN11 manages a same-day static fire and launch on March 26th, it will still crush that record by almost 50%. To an extent, the feat also isn’t unprecedented. On March 3rd, Starship SN10 aborted its first true launch attempt milliseconds after Raptor ignition when the rocket’s flight computer detected indications that they were producing too much thrust. Amazingly, instead of scrubbing the launch attempt, SpaceX loosened Starship SN10’s thrust limit parameters and tried again, successfully lifting off just three hours after the abort.

Despite the abort and immediate hands-free recycle, Starship SN10 subsequently became the first prototype of its kind to launch to 10 km (6.2 mi), free-fall back to earth, and land in one piece. Minutes later, a fire and harder landing than expected conspired to make SN10 explode, but the test flight was arguably still a massive success. Simultaneously, the flight indicated that Starships are technically capable of successfully flying hours after a post-ignition launch abort, demonstrating an extraordinary level of robustness for clustered high-performance rocket engines.

As such, while it’s probably reasonable to assume that Starship SN11 wont launch today, SN10 proved that there is nonzero chance of a static fire and launch hours apart. Additionally, given just how close SN10 go to unequivocal success (i.e. a soft and survivable landing), Starship SN11 has the best chance yet at at launching, landing, and making it through the ordeal without exploding.

Starship SN11’s third static fire and first launch attempt are both currently scheduled sometime between 7am and 7:30pm CDT (UTC-5). Stay tuned for updates as we wait for SpaceX’s official confirmation and an evacuation notice of Boca Chica Village residents.