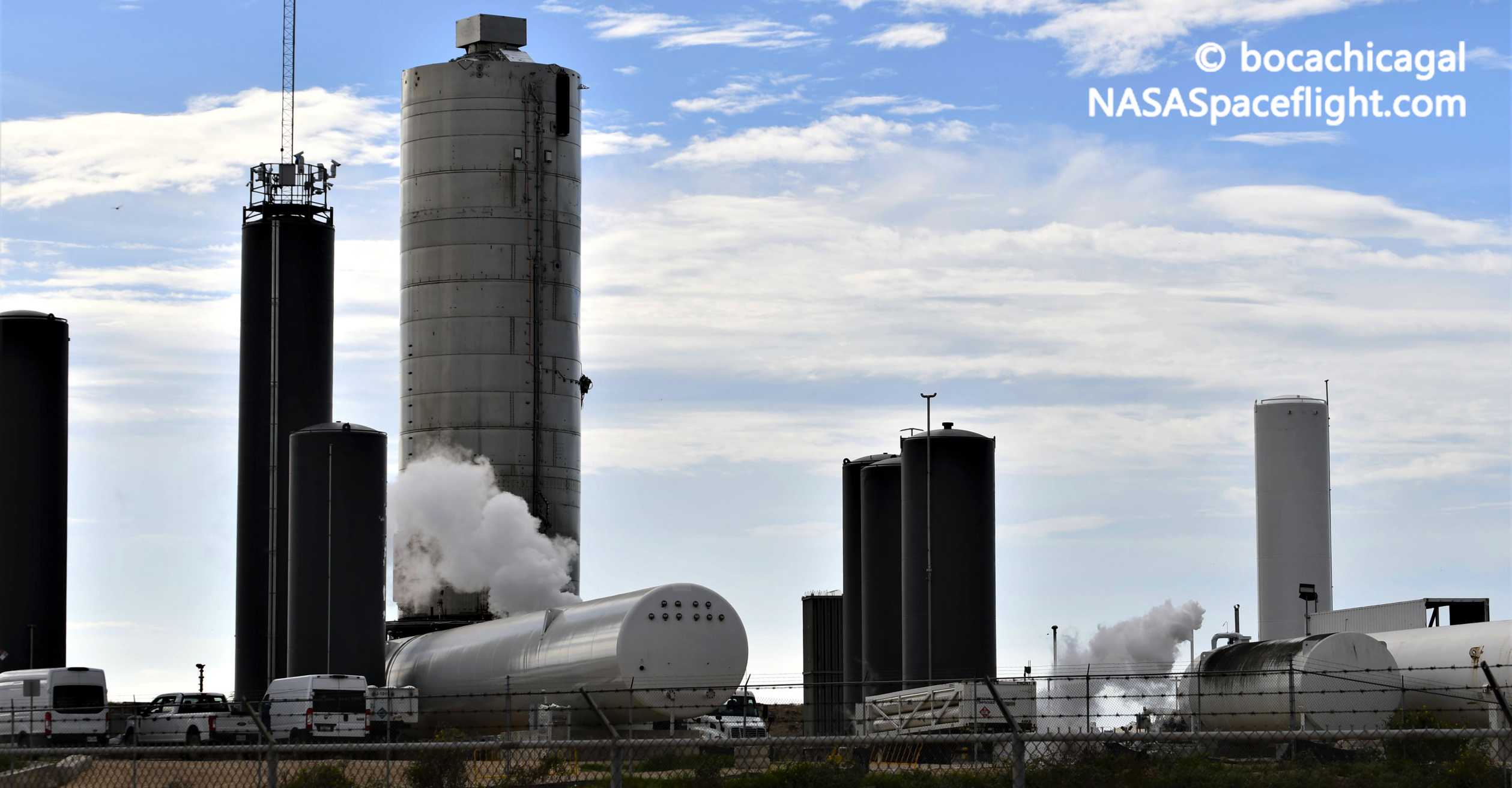 For the first time ever, a full-scale Starship prototype could be less than 24 hours from its first flight. (NASASpaceflight - bocachicagal)

For the first time ever, a full-scale SpaceX Starship prototype could be less than a day away from an inaugural flight test in Boca Chica, Texas.

Expected to target the same 150m (~500 ft) maximum altitude as Starhopper’s final flight, the hop will see the full-scale tank section of Starship SN5 attempt to follow in the footsteps of its odd predecessor. Starhopper was essentially a back-of-the-envelope proof of concept, demonstrating that a large rocket could technically be built out of common steel with facilities so spartan and basic that it defied belief.

While much shorter than a full-scale Starship, against all odds, Starhopper completed multiple wet dress rehearsals with methane and oxygen propellant, several static fires with Raptor engines, and two untethered flight tests (hops). The first of those tests saw Starhopper reach ~20m (~65 ft) on July 25th, 2019, while the stout Starship prototype went on to reach 150m (~500 ft) on its second and final flight barely a month later (August 27th). Now, a few weeks shy of one year later, Starship SN5 seeks to carry the torch forward with its own 150m hop.

This is not the first time that Starship SN5’s hop debut has seemed close at hand, however. For a number of reasons, most of which likely center around extensive damage done to SpaceX’s Boca Chica launch facilities when Starship SN4 exploded, SN5’s path to first flight has been plagued by delays. For a prototype of any kind, that’s not fundamentally unusual, but it’s been exceptional as far as SpaceX’s Starship development program goes. Prior to those delays, public road closures showed that SpaceX planned to launch Starship SN5 for the first time as early as mid-July.

For several weeks, SpaceX gradually worked the kinks of the repaired pad’s ground support equipment (GSE) and Starship SN5 itself with four aborted attempts, finally reaching a point where the rocket was able to static fire its Raptor engine for the first time on July 31st. After many, many delays and minor issues, the static fire test went extremely smoothly – possibly the smoothest-looking Starship test SpaceX has thus far completed.

The private results from that test must have also looked great because SpaceX initially wanted to turn Starship SN5 around for its hop debut on Sunday, August 2nd – barely two days later. Yesterday’s window came and went, though, and SpaceX ultimately pushed its hop test plans back by 24 hours and added a new backup window on August 4th.

The window for Starship SN5’s 150m hop debut now stretches from 8am to 8pm CDT (13:00-01:00 UTC) on Monday, August 3rd. It’s currently unknown if SpaceX will offer its own live coverage of the test flight but several unofficial streams will likely be available from NASASpaceflight.com, LabPadre, SPadre, and more. Stay tuned for updates!