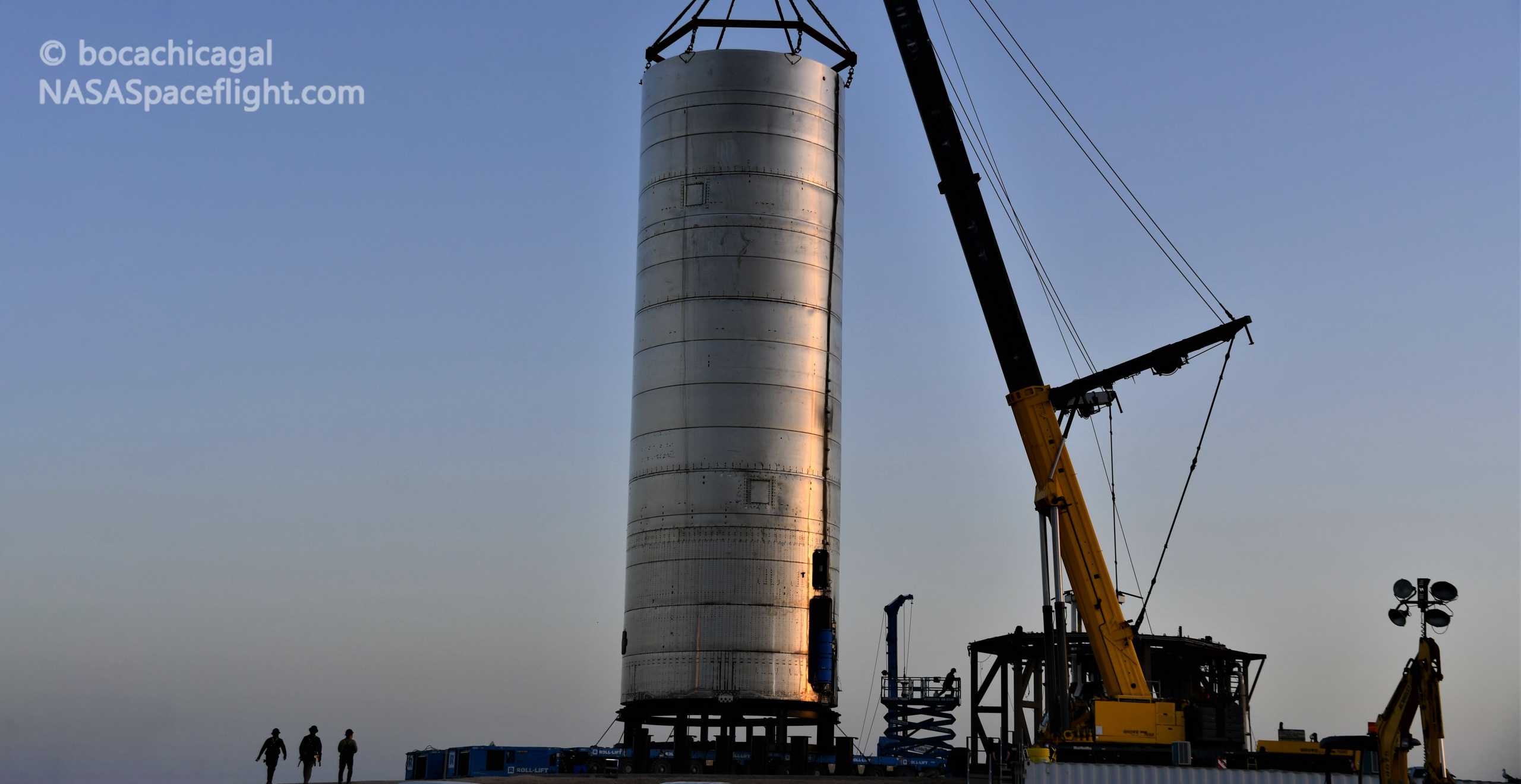 SpaceX rolls next Starship prototype to the launch pad

SpaceX is back on the road to its next Starship hop test barely a week after Starship SN5's debut. (NASASpaceflight - bocachicagal)

SpaceX’s sixth full-scale Starship prototype has rolled from its Boca Chica, Texas factory to a nearby launch pad in a sure sign that preparation for a second hop test is well underway.

Barely a week after Starship SN5 became the first such prototype to take flight, SpaceX has transported the rocket back to an assembly bay and replaced it at the launch pad with Starship SN6. Just shy of a carbon copy of SN5, SN6 was built at the same time with only a few small design tweaks. While SN6 is not exactly the significant upgrade promised to start with Starship SN8, the ship is nevertheless brand new and ready to begin testing.

SN5’s spectacular hop debut – while a major success – still resulted in some minor damage and CEO Elon Musk says that SpaceX will try to reuse the prototype, but it likely needs at least a week or two of inspections and repairs. Thanks to SN5’s success, though, sister ship SN6 has become much more valuable, whereas a failed SN5 hop could have easily consigned both prototypes to the scrap heap to give Starship SN8 priority. Instead, Starship SN6 is now next in line.

Hours after Starship SN5 rolled from pad to factory to take Starship SN6’s place beside SN8 in the assembly bay, the flight-proven rocket’s sister ship hit the open road and arrived at the launch pad after a few-mile journey.

After a brief night spent sitting on its transporter, Starship SN6 was lifted by crane onto the pad’s launch mount – briskly refurbished after SN5’s launch debut just eight days prior – on the afternoon of August 12th. Work to install the rocket on the launch mount continued into the night.

Notably, SpaceX has yet to file additional road closures after two used on August 11th for Starship SN5 and SN6 transport operations. Technically, with Starship SN6 now on the launch pad, SpaceX could feasibly file road closures for SN6’s first major tests just a day or less prior to their start, but it’s more likely that the company is planning to kick off the test campaign late this week or early next.

Like its predecessors, SpaceX will begin by putting SN6 through an ambient-temperature pressure test with nitrogen gas to check for leaks and verify general functionality. Once complete, Starship SN6 will have to pass a cryogenic proof test combined with the simulated ~250-ton (~550,000 lb) thrust of a Raptor engine. By using liquid nitrogen instead of actual methane and oxygen propellant, SpaceX removes the risk of a catastrophic explosion or fire were the unproven ship to leak or burst. Finally, with a proof test complete, teams can install a Raptor engine on SN6 and turn the ship around for its first methalox wet dress rehearsal (WDR), engine preburner, and static fire tests – possibly all in one go if all systems cooperate.

With any luck, SN6 – building off of experience gained from SN5 operations – will have a more streamlined test campaign, culminating in the second-ever hop of a full-scale Starship prototype. According to Musk, SpaceX’s new goal is to perform multiple hop tests until flying Starships (at least at low altitudes) is more or less routine.

SpaceX rolls next Starship prototype to the launch pad