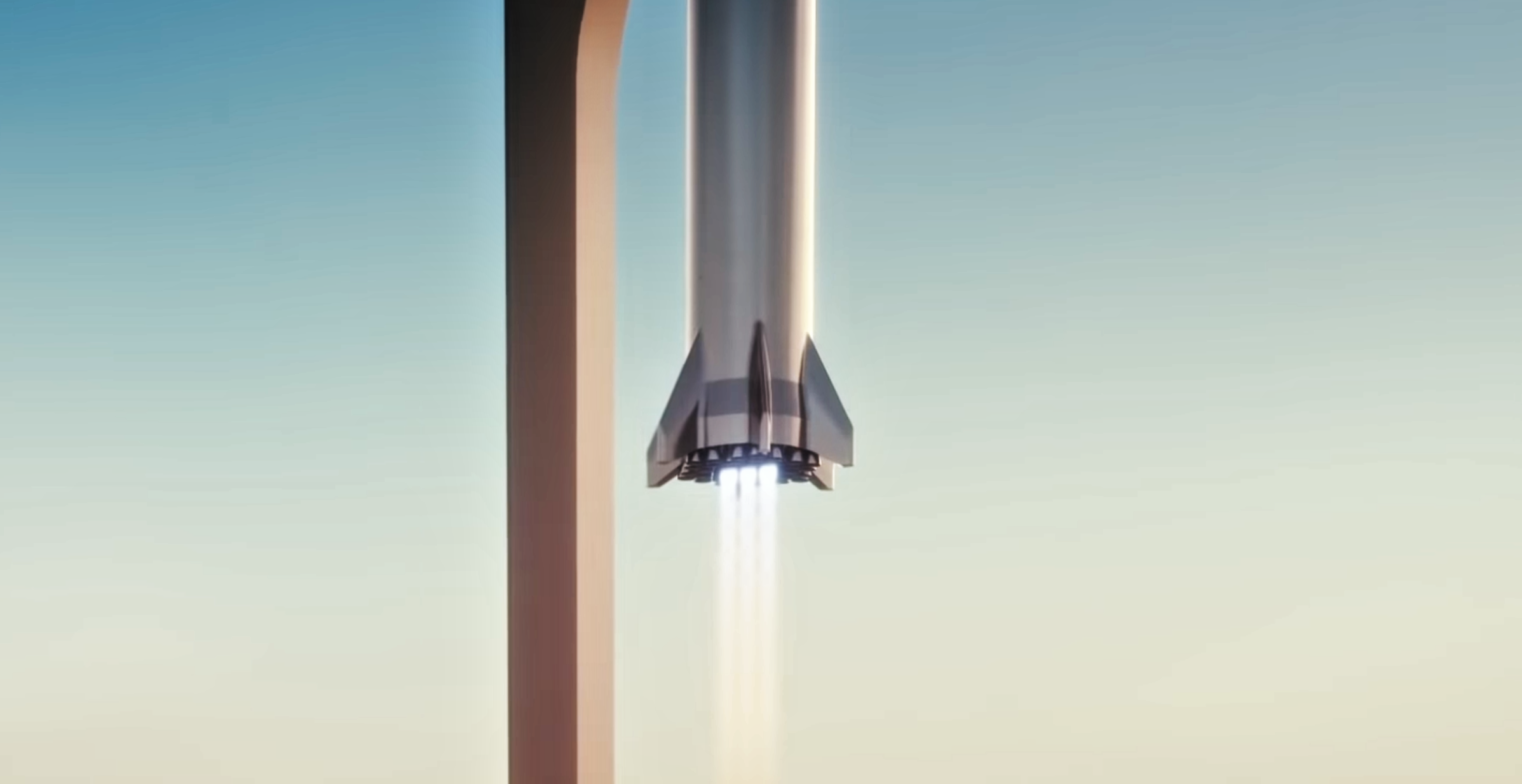 As previously discussed on Teslarati, the Super Heavy booster tasked with carrying a ~1400-ton (~300,000 lb) Starship around 25% of the way to orbit will be the largest rocket stage ever built – and by a large margin.

“Standing about as tall as an entire two-stage Falcon 9 rocket at 70 meters (230 ft) tip to tail, the Super Heavy booster tasked with getting Starship about a quarter of the way to orbit will be the largest rocket stage ever built. Outfitted with up to 28 Raptors capable of producing more than ~7300 metric tons (~16.2 million lbf) of thrust at liftoff, Super Heavy will also be the most powerful rocket ever built, respectively outclassing Saturn V and SpaceX’s own Falcon Heavy by a factor of more than two and three.”

Prior to today, December 30th, SpaceX’s plan was to more or less recover Super Heavy boosters in a similar fashion to Falcon 9 and Falcon Heavy, landing them either far downrange on an ocean-based platform or returning to touch down as close as possible to the launch pad. Ever since the first iteration of SpaceX’s Mars rocket was publicly revealed in 2016, SpaceX and CEO Elon Musk have also maintained a consistent desire to land Super Heavy boosters directly on top of the launch mount after a great deal of refinement.

Launch mount recovery would require unprecedented precision and accuracy and add a new element of risk or a need for extraordinarily sturdy pad hardware. However, the benefits would be equally significant, entirely eliminating the need for expensive recovery assets, time-consuming transport, and even the time it would take to crane Super Heavy boosters back onto the launch mount from a pad-adjacent landing zone.

Instead, Musk says that SpaceX might be able to quite literally catch Super Heavy in mid-air, grabbing the booster before it can touch the ground by somehow slotting an elaborate “launch tower arm” underneath its steel grid fins. Although such a solution sounds about as complex and risky as it gets, it would technically preclude the need for any and all booster recovery infrastructure – even including the legs Super Heavy would otherwise need.

While true, catching Super Heavy by its grid fins would likely demand that control surfaces and the structures they attach to be substantially overbuilt – especially if Musk means that the crane arm mechanism would be able to catch anywhere along the deployed fins’ 7m (23 ft) length. Even more importantly, it seems extraordinarily unlikely that such a complex and unproven recovery method could be made to work reliably on the first one or several tries, implying that early boosters will still need some kind of rudimentary landing legs.

In other words, much like direct-to-launch-mount landings, mid-air-crane-catch recovery is probably not a feature expected to debut on Super Heavy v1.0.