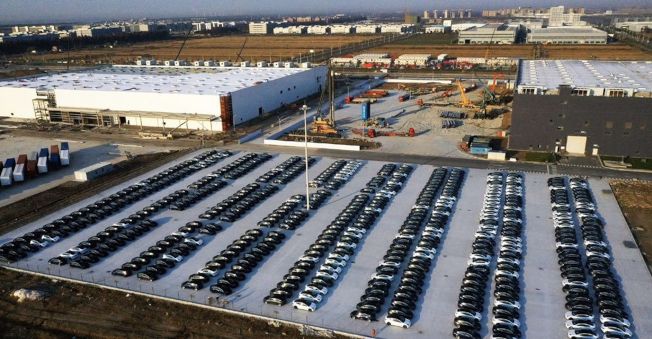 Tesla’s (NASDAQ: TSLA) road to its ambitious 500,000 vehicle goal was broken down by Wedbush analyst Dan Ives, who believes the company is well on its way to accomplishing the lofty feat.

Ives, a TSLA bull, has a neutral rating on the stock and has his price target sitting at $715. His bullish-scenario price target sits all the way up at $1,000. Still, Ives is more than convinced that the electric automaker is poised to accomplish its 500k goal, even though it was nearly impossible to reach after multiple shutdowns of production plants due to the COVID-19 pandemic.

Tesla needed around 180,000 deliveries in Q4 to reach its goal, and demand has been more than healthy. Several reports from Tesla owners have indicated that showrooms are empty or handling as many as 200 deliveries in the final few days of the year. Ives believes this, along with “underlying strength” in Europe and China, is more than enough proof that Tesla will reach its goal.

“With 180k for 4Q the line in the sand, we believe given the underlying strength we are picking up in China as well as a late push in Europe and the US that 190k-200k is well within reach,” Ives wrote in a note to investors.

Tesla On Track To Beat Its Ambitious Delivery Target Of 500,000 Deliveries For 2020 | Wedbush$TSLA pic.twitter.com/k8lYnWtwWD

Acknowledging the shutdowns of both the Fremont factory and Giga Shanghai in the pandemic’s early days, Ives said that the 500k goal was “not even on the map for the Street going back to the late spring/early summer timeframe.” However, the analyst also said that China is really Tesla’s “story,” and that “global EV demand continues to around white hot demand coming out of China.”

Tesla stands to benefit greatly moving forward as a new presidential campaign with Joe Biden at the helm is set to begin. Ives believes Biden’s focus on “markedly increasing” EV tax benefits and incentives will benefit Tesla due to its notoriety and reputation as a strong force in the adoption of electric cars.