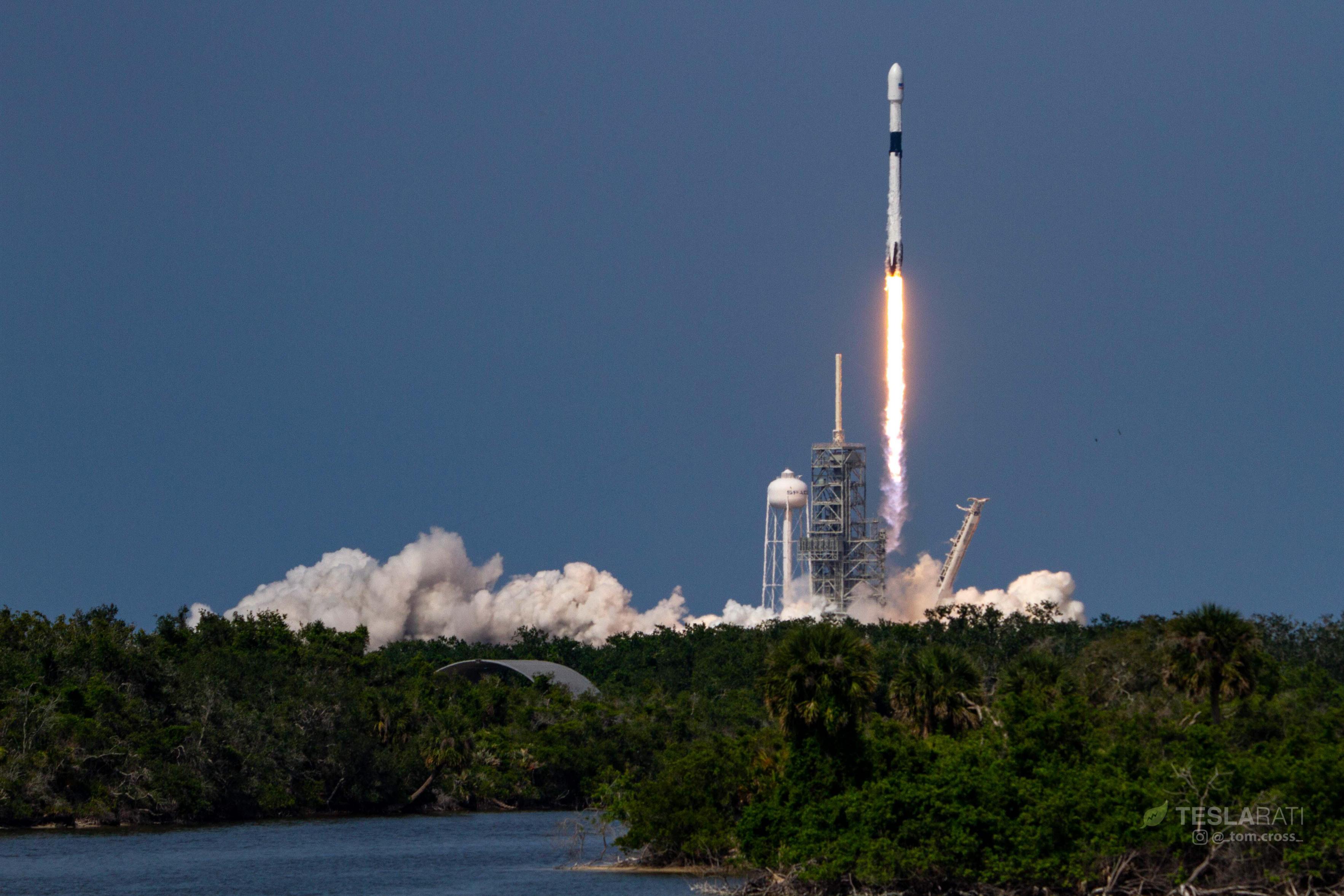 Following a brief software bug-triggered abort during the first attempt, SpaceX has successfully debuted its first Falcon 9 Block 5 rocket from Florida’s Kennedy Space Center, marking the true beginning of a new era of highly reusable commercial rocketry, as well as Bangladesh’s official entry into satellite communications with the Bangabandhu-1 satellite.

Followed minutes later by the first landing of its next-generation booster aboard the ocean-going drone ship Of Course I Still Love You (OCISLY), many more Falcon 9 Block 5 launches can now be expected to follow later this year as SpaceX ramps up the manufacture and shipment of new boosters, upper stages, and payload fairings to its test and launch facilities.

Fundamentally, this launch is a historic achievement for SpaceX. According to CEO Elon Musk, barring unforeseen discoveries during the pathfinder booster’s post-recovery teardown, Falcon 9 Block 5 as it stands today is nearly capable of ushering in a new era of truly reusable rockets, and is designed to (nominally) fly as many as ten times in a row with the barest minimum of refurbishment. While it is all but guaranteed that small optimizations and upgrades will continue to be made throughout the launch vehicle, today’s mission – the 25th successful booster landing and 55th launch of Falcon 9 – by all appearances successfully flight-tested almost every single one of the rocket’s dramatically upgraded systems, ranging from entirely new avionics to uprated and upgraded Merlin engines and landing legs. 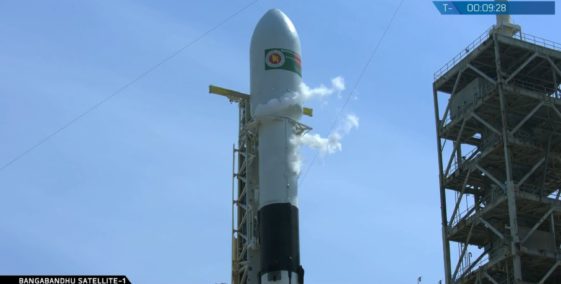 F9 B1046 venting ahead of its inaugural launch. (SpaceX) 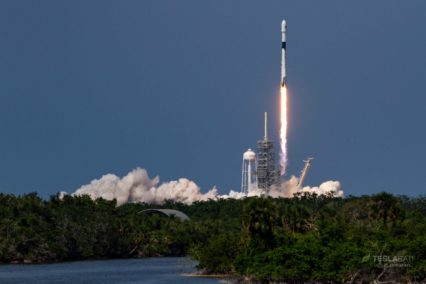 Somewhat fittingly, the only problem visible on the company’s webcast of the rocket’s critical debut was with the webcast itself, in the form of some odd shaking and connectivity issues on the first stage (and the second stage to a lesser degree). Thankfully, this “bug” is skin-deep – its only negative impact was mild annoyance among the many thousands watching live, a small price to pay to such an extraordinary show. Falcon 9 B1046 and its upper stage performed nominally, landing aboard the drone ship Of Course I Still Love You and flawlessly placing Bangladesh’s first geostationary communications satellite into a transfer orbit. 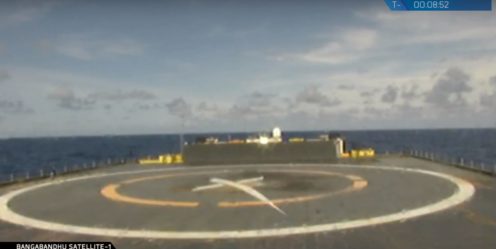 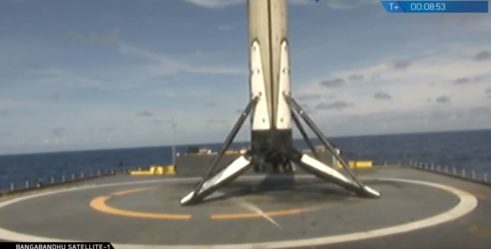 B1046 completes successfully landed aboard OCISLY; hopefully the first of many more to come. (SpaceX)

With its debut complete, SpaceX’s first Block 5 booster will now head back to Port Canaveral after being safely secured by everyone’s favorite rocket-grabbing robot. After its return to land, it’s extremely likely that SpaceX will choose to transport the rocket back to either Hawthorne or McGregor to conduct an extremely thorough teardown analysis of the booster, checking to ensure that each component and system made it through a high-energy reentry with minimal impact. While small changes are all but guaranteed, this teardown will hopefully confirm SpaceX’s extensive modeling and ground-testing – in other words, Block 5’s design will hopefully be shown to be ready for rapid reusability and extreme reliability. More likely than not, B1046 will then be reassembled, perhaps followed by extensive static-fire testing in Texas, after which it will likely return to SpaceX’s operational rocket fleet, potentially conducting dozens of launches over the next several years. Perhaps SpaceX will choose to turn it into a new historic monument after several reflights.

Finally, congratulations to Bangladesh on the successful launch of their first geostationary communications satellite. 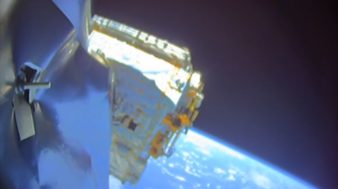 Bangabandhu-1 was successfully deployed just over half an hour after lifting off from the coast of Florida. (SpaceX)

Launch photographer Tom Cross is planning to be there in person for OCISLY and B1046’s arrival in Port, and will hopefully be able to document the historic recovery and the booster’s (fingers crossed) resilience, as well as the first use of Octagrabber with a Block 5 Falcon 9. Remote camera pickup is currently scheduled for tomorrow morning.