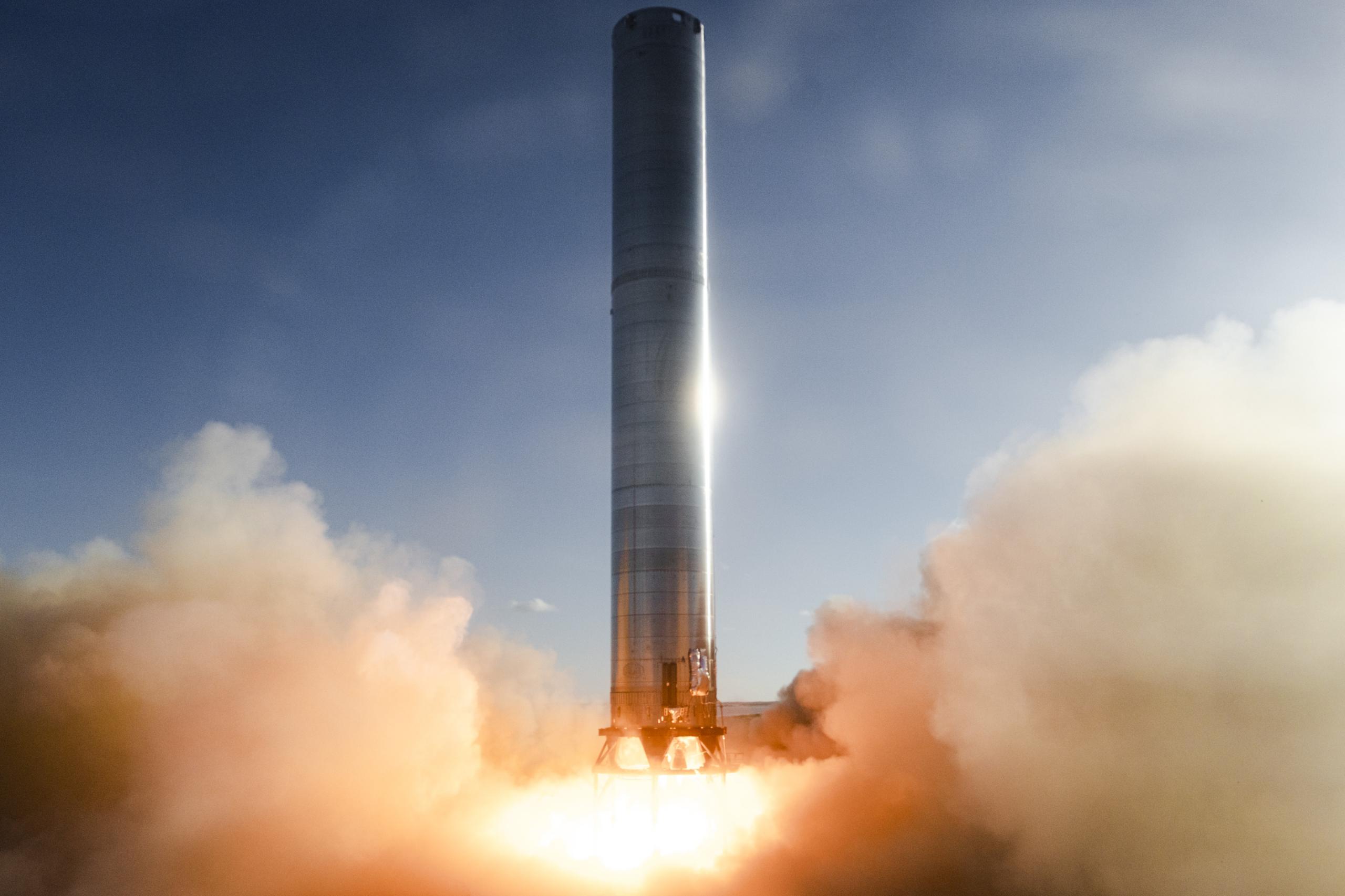 CEO Elon Musk says that SpaceX has successfully fired up Super Heavy – the largest rocket booster in the world – on the first try, potentially opening the door for a significantly more ambitious ‘static fire.’

Known as Booster 3 (B3), SpaceX completed Starship’s first functional Super Heavy prototype around July 1st and rapidly rolled the rocket out and installed it on a customized mount previously used for testing and launching Starship prototypes. After a bit less than two more weeks spent finishing up Booster 3’s avionics and plumbing and installing one Raptor engine, Super Heavy sailed through its first cryogenic proof test attempt on July 12th.

Rather than flammable liquid methane and oxygen propellant, Super Heavy was loaded with liquid nitrogen – providing roughly the same extremely cold temperature and mass without risking a massive explosion. In the week after that success, technicians rapidly installed two more Raptor engines and completed final closeout work on the building-sized rocket. On July 19th, Super Heavy B3 came alive for the second time.

Unlike virtually all Starship prototypes ever tested, including the first fully-assembled ships’ first multi-Raptor static fires, Super Heavy Booster 3 – the first functional prototype of its kind – completed its first static fire ever on the first try. In the history of Starship testing, initial prototypes have never smoothly sailed through cryogenic proof or static fire tests on the first attempt. Almost without fail, minor to major issues have arisen either before or during initial test attempts as SpaceX worked through the basics of operating Starship tests.

Instead, despite the fact that B3 is quite literally the largest rocket booster prototype ever built in the history of spaceflight and the first of its kind, Super Heavy appeared to run into no obvious issues at all after it was properly prepared for its first two major tests. Put simply, Super Heavy’s smooth testing makes it abundantly clear that SpaceX’s Starship launch vehicle design, production, and operations are rapidly maturing as the company speeds towards its first orbital launch attempt.

Meanwhile, Elon Musk says that SpaceX “might try a 9 engine firing on Booster 3” depending on how Booster 4 production progresses – presumably over the next week or two. By all appearances, SpaceX began stacking Super Heavy B4 – the booster tasked with supporting Starship’s first orbital launch attempt around July 16th. Based on B3 assembly, Booster 4 could be complete by mid to late August.

With nine Raptors installed, Super Heavy B3 could produce up to 1800 tons (~4 million lbf) of thrust during a brief static fire – just ~20% less than Falcon Heavy. Stay tuned for updates on Booster 3 and Booster 4!