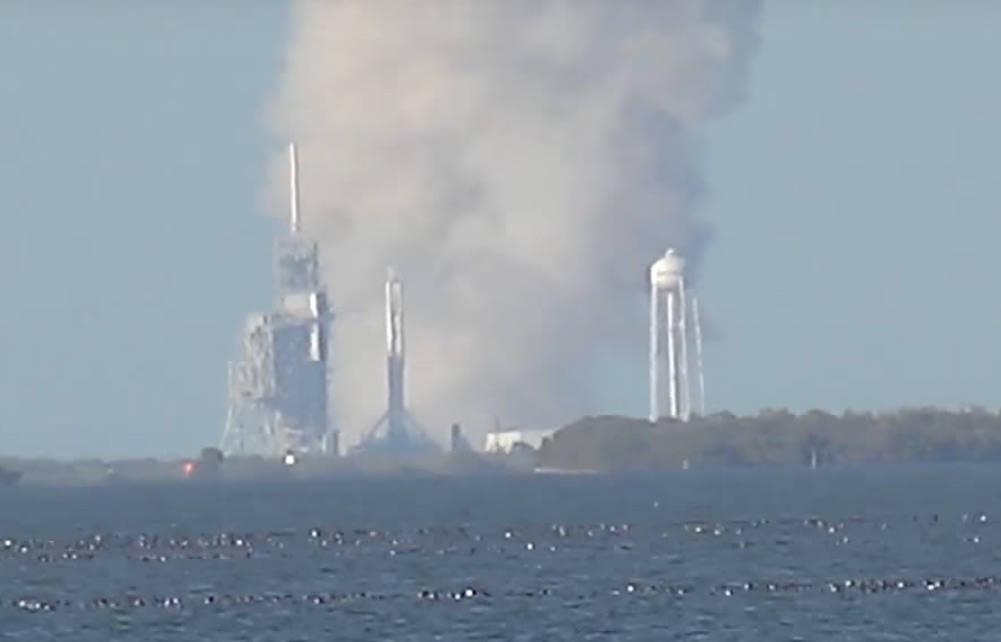 SpaceX successfully completed a pre-launch static fire test yesterday of its Falcon 9 rocket ahead of this week’s resupply mission to the International Space Station. With the rocket clamped in place, all 9 of the Merlin-1D engines fired off for 3.5 seconds, sending a plume of smoke up into the sky.

First static fire test of Falcon 9 at historic launch complex 39A completed in advance of Dragon's upcoming mission to the @Space_Station.

Saturday’s Dragon launch would be the first SpaceX flight to make use of the historic Kennedy Space Center Launch Complex-39A which was built specifically for the Apollo program. All of the manned Apollo missions with the exception of Apollo 10 utilized LC-39A as did the first 24 space shuttle missions.

SpaceX signed a 20 year lease with NASA for Launch Complex-39A in 2014 and proceeded to modify the pad to support planned launches of Falcon 9 and Falcon Heavy.

It was a static fire test accident at the nearby Launch Complex-40 on September 1, 2016 that forced SpaceX to accelerate refurbishment plans of Launch Complex-39A to maintain East Coast launch capabilities. In the meantime, SpaceX utilized Space Launch Complex 4E at Vandenberg Air Force Base in Central California for the January Falcon 9 launch.