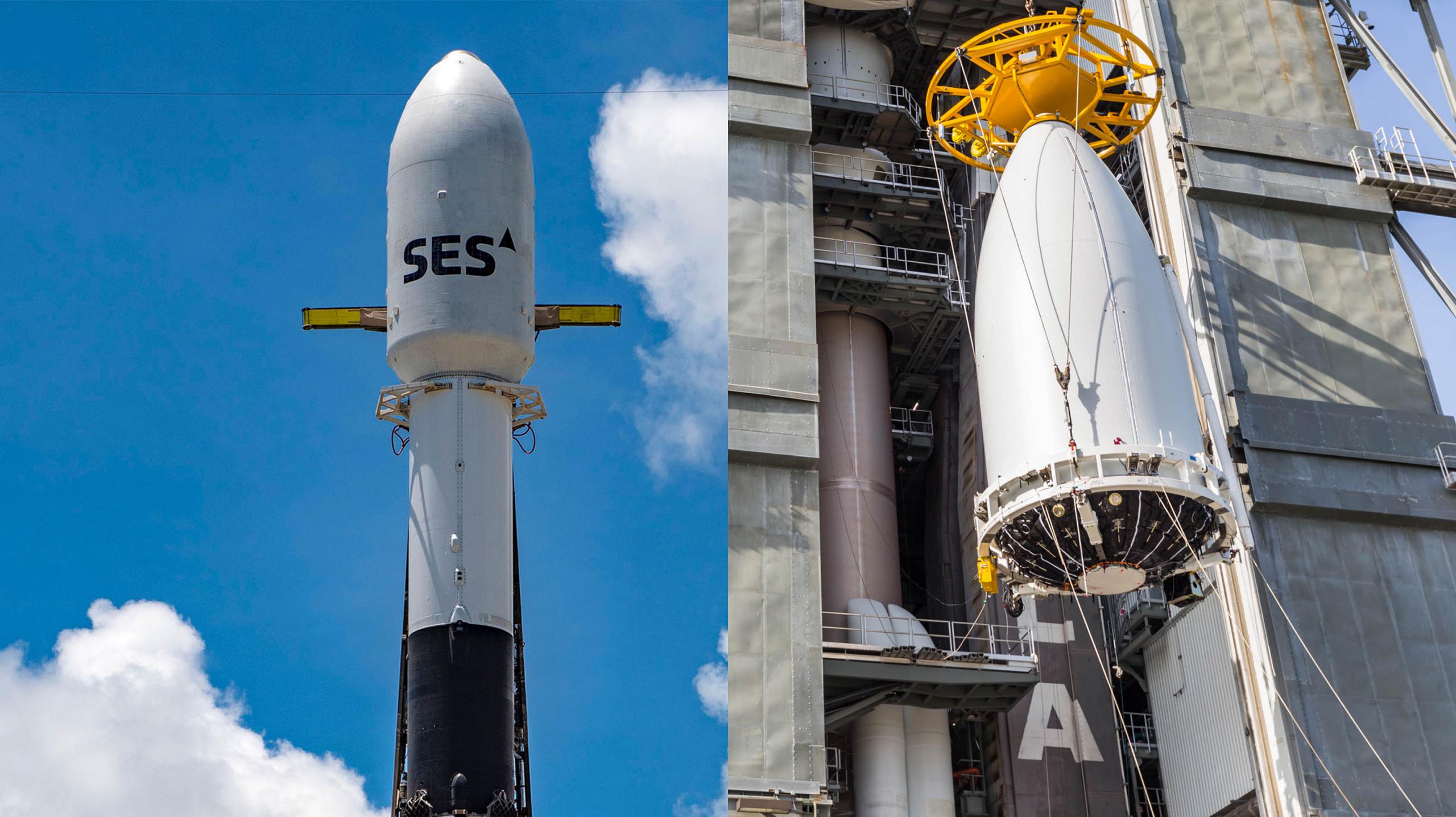 SpaceX and competitor United Launch Alliance (ULA) are on track to launch their Falcon 9 and Atlas V rockets less than 25 hours apart.

Slightly delayed from its initial target of June 27th or 28th, SpaceX confirmed on Tuesday that a Falcon 9 rocket is ready to launch the European-built SES-22 no earlier than (NET) 5:04 pm EDT (21:04 UTC) on Wednesday, June 29th. Just 1.5 miles (2.4 km) to the north of SpaceX’s Cape Canaveral Space Force Station (CCSFS) LC-40 pad, ULA says it’s also on track to launch an Atlas V 541 rocket carrying a batch of rideshare payloads for the US military as early as 6pm EDT (22:00 UTC), Thursday, June 30th.

Both Falcon 9 and Atlas V will be carrying satellites destined for geostationary orbit (GEO), a location roughly 36,000 kilometers (~22,250 mi) above Earth’s surface where spacecraft orbit at the exact same speed as Earth’s rotation. As a result, spacecraft in GEO effectively hover in one spot in the sky to a ground observer, which makes the orbit optimal for some kinds of Earth observation and communications missions. SES-22 is a relatively ordinary commercial GEO communications satellite. ULA’s USSF-12 mission will carry a Wide Field Of View (WFOV) missile launch detection satellite and a mysterious secondary payload called the “USSF-12 Ring,” which ULA says is “a classified mission to demonstrate future technology for the Department of Defense.”

USSF-12’s Atlas V rocket will cost the military roughly $175 million and, like all other Atlas launch vehicles, is fully expendable. The Atlas V booster uses refined kerosene (RP-1) fuel and liquid oxygen oxidizer and is powered by a Russian-built RD-180 engine. The rocket’s Centaur upper stage uses liquid hydrogen (LH2) and LOx propellant and can be powered by one or two US-built RL-10 engines. ULA augments that basic Atlas V variant’s relatively poor performance by adding anywhere from 1-5 solid rocket boosters at its base, which can double the total payload a given Atlas V can launch to most Earth orbits.

Thanks in large part to the greater efficiency of Atlas V’s hydrolox Centaur upper stage, the high-end variants of the rocket with four or five SRBs are capable of launching a significant payload (~3.9 tons or ~8600 lb) directly to GEO, which is where USSF-12 will be heading. Falcon 9 will launch SES-22 to a less challenging geostationary transfer orbit (GTO), which leaves a small portion of the orbit-raising process to the payload.

In return, SpaceX will be able to recover and reuse Falcon 9’s booster and payload fairing and SES will pay more like $50-70 million (and a few extra months) to get its satellite to GEO. It’s quite likely that Falcon 9 would be able to launch a few tons directly to GEO in a fully-expendable configuration, but SpaceX’s Falcon Heavy rocket is able to offer even better direct-to-GEO performance for a similar price by expending one of its three Falcon 9-derived boosters, so the company has never tried to sell that service for Falcon 9.