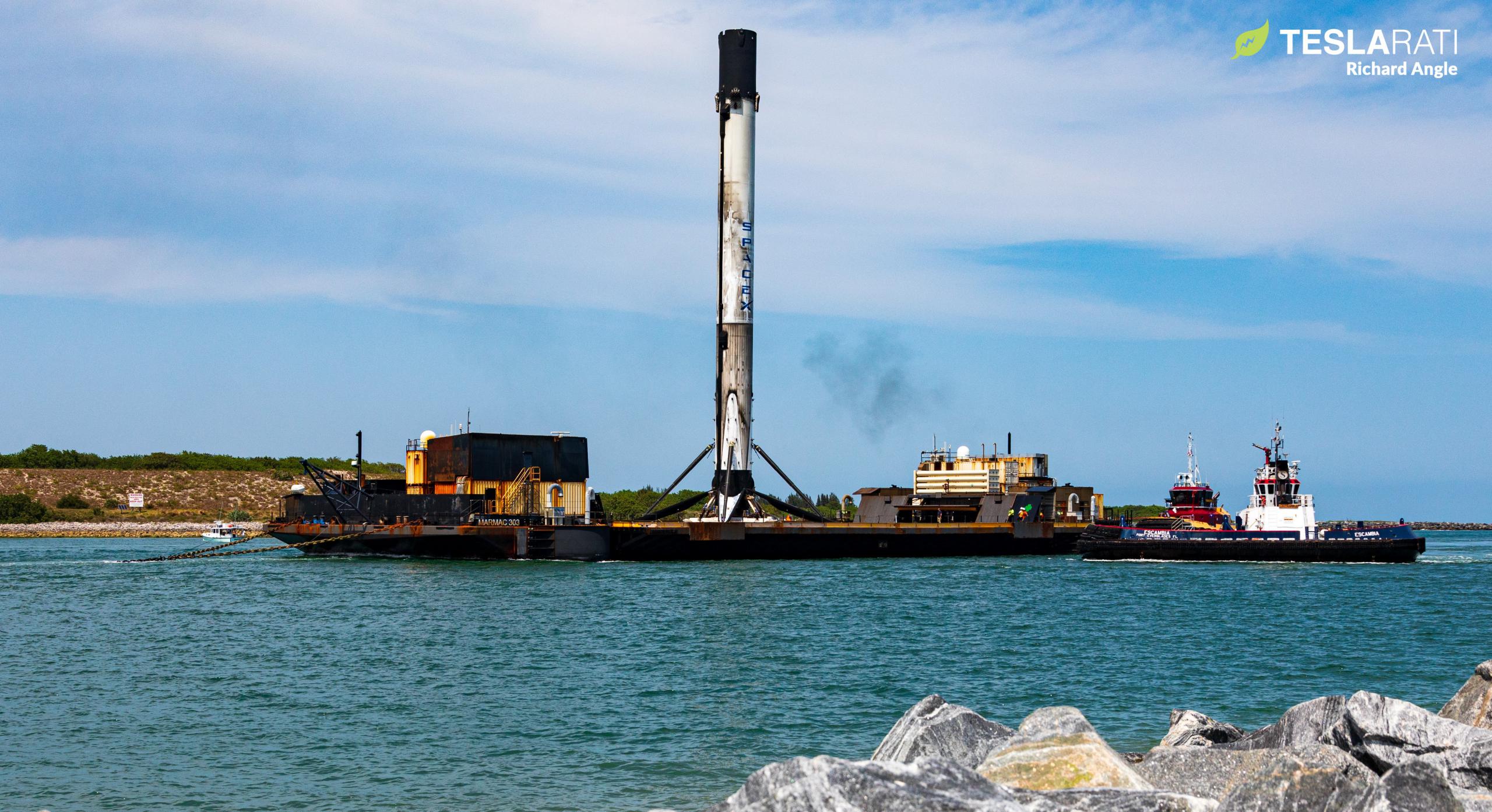 SpaceX to surpass weekly launch target in first half of 2022

SpaceX is on track to surpass CEO Elon Musk’s weekly launch target in the first half of 2022 with one final launch scheduled in June,

While still awaiting SpaceX’s official confirmation, the company appears to be on track to launch one last time before the start of the second half of the year. Drone ship A Shortfall Of Gravitas (ASOG) departed Port Canaveral on June 24th and headed around 666 kilometers (~413 mi) east of the Florida coast, where it will support a Falcon 9 booster landing after the launch of the geostationary SES-22 communications satellite. Originally scheduled to launch in July as of March, SpaceX ultimately managed to squeeze SES-22 into its June manifest.

With the launch fast approaching, SES-22 has slipped slightly from a June 27/28 target to no earlier than (NET) 5:04 pm EDT (21:04 UTC) on June 29, leaving SpaceX two attempts to launch the satellite this month. SES-22 is a geostationary communications satellite of an unknown mass (possibly around 3.5 tons or 7700 lb) designed to supply TV, radio, and other communications services to customers in the United States. It will be the first SES satellite launch in response to the US Federal Communication Commission’s (FCC) C-band auction, which paid existing operators to clear a portion of the “C-band spectrum” (radio waves between 4-8 GHz) that is optimal for ground-based 5G networks.

Built by Europe’s Thales Alenia Space alongside SES-23, SES-22 was originally meant to be a spare for SES-18, 19, 20, and 21, which are being manufactured by Northrop Grumman and were scheduled to launch in pairs in H2 2022. SOme of the Northrop Grumman-built satellites, however, have suffered significant delays. Strangely, while SpaceX’s SES-18/19 launch schedule has become indeterminate, SES-20/21 are reportedly on track to launch on a ULA Atlas V rocket as early as August. As a partial result, SES recently announced that SES-20 will replace SES-22 as an on-orbit spare, freeing up SES-22 to begin operating just a month or two after launch.

SES-22 will be SpaceX’s 27th launch of 2022 and last launch of the first half of the year, an average cadence of one orbital launch every 6.7 days. Technically, SpaceX’s relatively abrupt cadence surge began in late 2021, and the company has now completed 34 launches – also more than one per week – in the last eight months.

To meet CEO Elon Musk’s February target of one launch per week in 2022, SpaceX ‘only’ has to repeat the extraordinary feat it has already achieved in the first half of the year. For a rolling annual average of one launch per week, however, SpaceX is already two-thirds of the way to the finish line and has 18 launches to go over the next ~20 weeks.

Barring delays, SES-22 will be SpaceX’s 17th commercial launch since November 2021 – a clean 50:50 split with the 17 internal Starlink launches SpaceX has completed in the same period.

SpaceX to surpass weekly launch target in first half of 2022