SpaceX has been given initial approval by the Port of Los Angeles to acquire and develop a massive vacant lot into a facility capable of manufacturing the first BFR prototypes and refurbishing the company’s reusable Falcon 9 boosters. This approval is without a doubt the biggest step forward yet for the company’s ultimate goal of sending massive spaceships to Mars.

A request summary completed on March 6 details SpaceX’s proposal, laying out a bright future of rocket manufacturing for the abandoned 18-acre lot at Berth 240, one that might soon support “composite curing, cleaning, painting, and assembly [of commercial transportation vessels]” that “would need to be transported by water due to their size.” This description meshes almost perfectly with past discussion of BFR manufacturing plans from SpaceX executives like Elon Musk and Gwynne Shotwell, both of which have in the recent past affirmed the need for any BFR manufacturing facility to be located adjacent to a large body of water due to the difficulty of transporting rocket hardware as large as BFR. 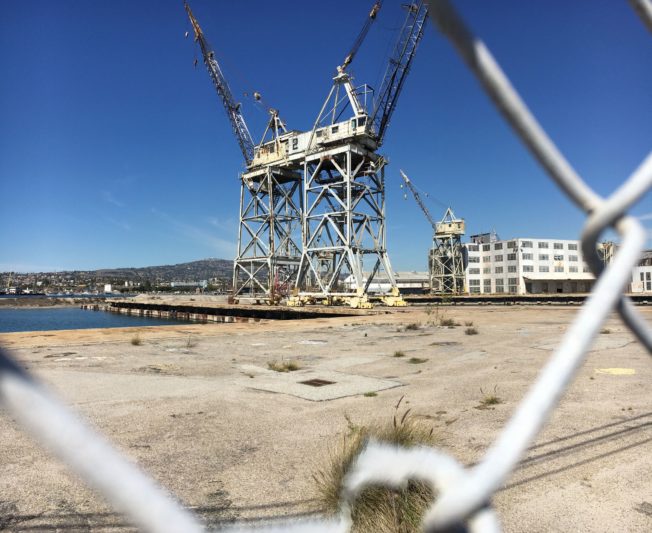 Teslarati photographer Pauline Acalin took a trip down to the Port to take a look at the vacant lot. (Pauline Acalin) 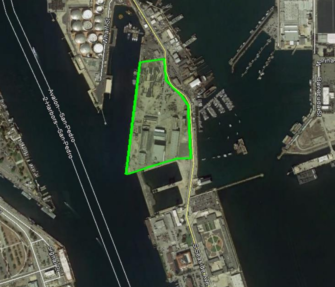 An outline of the Port of San Pedro lot SpaceX hopes to develop. (Port of LA)

On March 15, around a week after the environmental impact assessment gave a green light for SpaceX’s facility, Port of Los Angeles’ Board of Harbor Commissioners approved the proposal, effectively giving SpaceX permission to begin serious demolition and construction activities at Berth 240, an abandoned lot located on the San Pedro side of the greater Port of Los Angeles, which refers to both Ports of San Pedro and Long Beach. To provide context, SpaceX’s primary manufacturing facilities in Hawthorne, CA occupy 10-15 acres of urban real estate – in other words, even partial development of Berth 240’s 18 acres would mark a huge expansion of the company’s available manufacturing and refurbishment space, an absolute necessity for the construction of a launch vehicle as large as BFR.

The construction of such a facility would make it significantly easier for SpaceX to build its first BFR/BFS prototypes, avoiding the massive disruption and cost that transporting the 9m-diameter vehicle through downtown LA. Rather than dealing with that nightmare, SpaceX would instead be able to simply crane an assembled booster or spaceship onto a barge (perhaps a drone ship?) that would then ship the rocket hardware through the Panama Canal to the company’s facilities in Cape Canaveral, FL or Boca Chica, TX.

While it is likely to take a fair amount of time to prepare the lot for the construction of a facility capable of manufacturing advanced composite rocket components, the wording in the Port documentation also suggests that SpaceX means to transfer its Falcon 9 recovery work to the new berth as soon as it’s available. Indeed, the comparatively massive space would give SpaceX far more room for recovery operations with the drone ship Just Read The Instructions (JRTI), and could potentially become a one-stop-shop for booster recovery and refurbishment. As of now, boosters recovered on the West Coast are transported to the Hawthorne factory for all refurbishment work, operations that themselves already require brief road stoppages to accommodate the sheer size of Falcon 9. As of 2018, SpaceX is planning for BFR to be 50% taller and close to three times as wide as Falcon 9 (350 feet long and 30 feet in diameter).

Although SpaceX is specifically named in the study, the company appears to have created a distinct LLC to lease the lot, referred to as “WW Marine Composites” by the authors. At the point of publishing, WW Marine Composites does at least appear to exist, but that is the sum of all info available on the circa-2016 LLC. This obscure, stealthy LLC appears to continue SpaceX’s habit of purchasing and leasing land through shell corporations, a common behavior of businesses thanks to its tax benefits and protection against liability. Finally, an additional document from December 2017 hints that SpaceX is still working closely with Janicki Industries, a globally-renowned carbon composite structures manufacturer that SpaceX tasked with the creation of the first 12m-diameter composite tank, revealed to the surprise of almost everyone in 2016 and soon after tested to destruction in 2017. 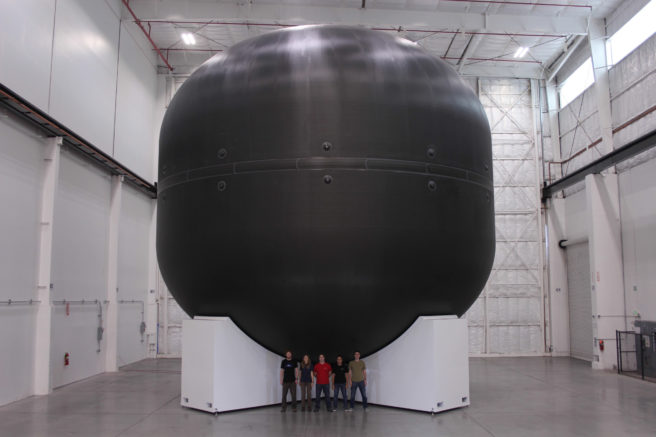 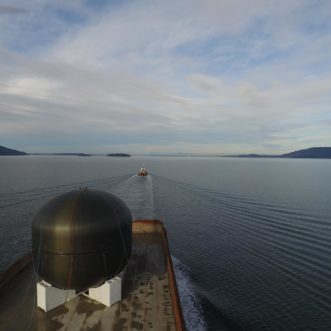 Regardless, it will be exciting to watch SpaceX develop what will likely become its newest property acquisition. BFR is a massive rocket and will require commensurately massive manufacturing hardware, hardware that is likely to be spotted by any number of eagle-eyed SpaceX fans and observers in the LA area. Berth 240 may also uniquely lend itself to some incredible photos of the company’s progress, thanks in part to the fact that it’s all but surrounded by shoreline that is accessible to the public. Teslarati photographer Pauline Acalin visited the site just after receiving insight on the latest development to get a feel for the location.

It’s liable (and perhaps probable) to change, but curious observer can currently walk up right beside Berth 240, a location that might soon support SpaceX’s first BFR manufacturing. (Pauline Acalin)