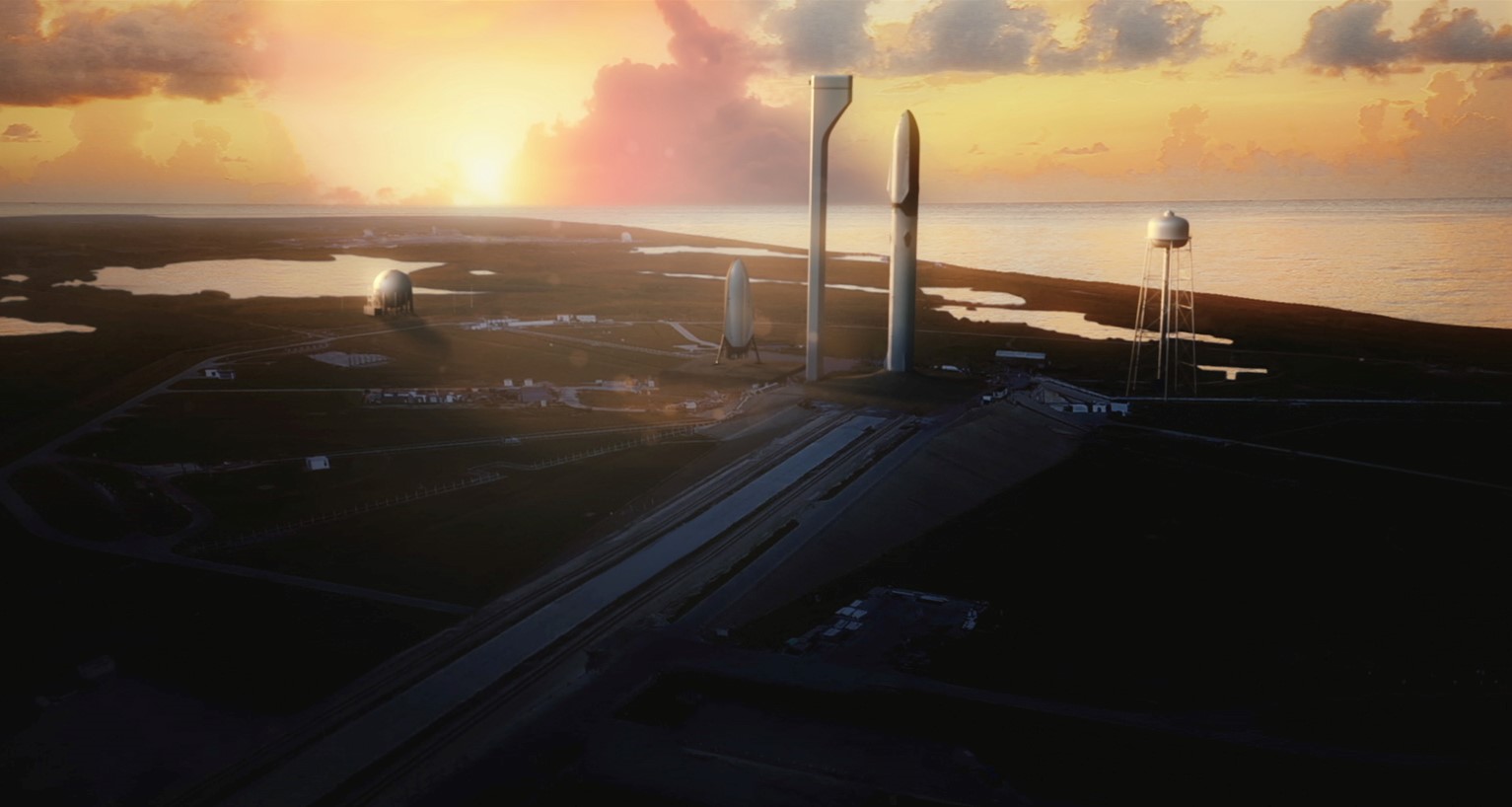 Following a highly informative discussion at the ISS R&D conference, Elon Musk revealed that the updated, leaner version of SpaceX’s Mars architecture would likely have a diameter of around 9 meters.

A 9m Interplanetary Transport System, while precisely 25% smaller than the 12m diameter version revealed last year, would have to either lose the outer ring of full scale Raptor engines, or pivot to a smaller version of Raptor in order to preserve the 42 engine configuration shown at the IAC. Given Musk’s adamant and harsh judgement of the complexity of 27 Merlin 1D engines simultaneously firing on Falcon Heavy, moving to a 21 engine first stage for SpaceX’s Mars vehicle is a fair bet, so long as the full scale Raptor engine is still planned. Extremely speculative calculations based on the limited information available suggest that this smaller ITS could launch a bit less than half the payload of the original, still almost double the capability of Saturn V. 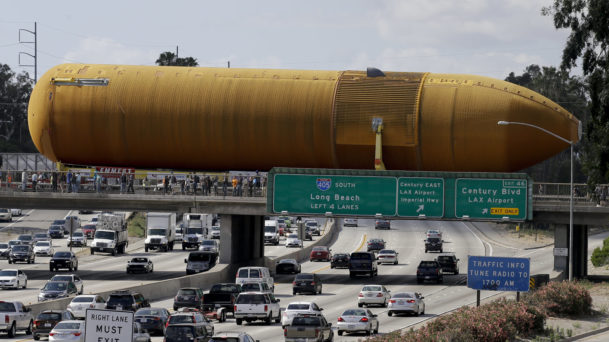 A Space Shuttle’s external tank makes its way through downtown Los Angeles in 2011. The ET had a diameter of 8.4m. (AP/Chris Carlson) 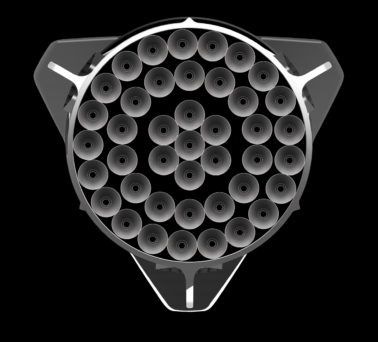 The base of SpaceX’s ITS booster, circa 2016. Current plans make it likely that the outside ring of engines will be subtracted and the vehicle made leaner. (SpaceX)

Possibly the most significant information to come out of this tweet is the implication that SpaceX and Musk are now looking to utilize current manufacturing facilities for the construction of a smaller ITS. While it adds considerable expense, the transport of a Space Shuttle’s external fuel tank through the streets of Los Angeles in 2011 sets a precedent for it being possible for SpaceX to transport a 9m vehicle from its factory in Hawthorne, CA to a nearby port. If SpaceX is able to use the same facilities it currently has for developing its Mars vehicle, it would experience immense savings compared to the cost of developing entirely new factories and testing facilities. This matches up perfectly with Musk’s repeated statement that the updated ITS is focused on improving the economic case for the vehicle and making it significantly cheaper to develop.

A 9m diameter vehicle fits in our existing factories …

Possibly the most crucial keystone of this economical update relates to the launch pad or pads that will be necessary to launch a rocket as large as either ITS. An oft-overlooked feature of the current LC-39A launch pad SpaceX leases and operates in Florida is that it and its LC-39B sibling were developed with a far larger and more powerful version of Saturn V in mind, known as Nova at the time. SpaceX is well aware of this, and is also painfully aware of just how expensive the construction of launch pads can be after having to undertake deep repairs of LC-40. Mockups of potential solutions for a dual vehicle setup at LC-39A. With this arrangement, SpaceX would be able to continue crewed and Falcon Heavy launches from the pad while conducting initial tests and launches of their ITS. (Jay Deshetler, in addition to Cameron Byers and John Archer, based on notes from KSC pad engineers)(NASASpaceflight)

Buried in a fascinating article by Chris Bergin of NASASpaceflight.com fame, Bergin has revealed that documents and rumblings behind the scenes indicate that SpaceX is seriously considering either co-launching from LC-39B or modifying LC-39A with a second launch mount. This would require considerably modifications to the venerable pad, but it would not require the costly and time-consuming construction of an entirely new launch pad. Speculative renders and mockups (above) created by the skilled forum members of NASASpaceflight demonstrate this nicely, showing the launch mount for ITS and Falcon side by side.

Combined with Musk’s past statements about this updated version of ITS, the future is looking increasingly bright for what was initially a somewhat crazy architecture. Easier transport, recycled development facilities, and co-location on an already-constructed launch pad show that SpaceX are completely serious about their ambitions for Mars and are willing to do what is necessary to get to the Moon, the Red Planet, and beyond.