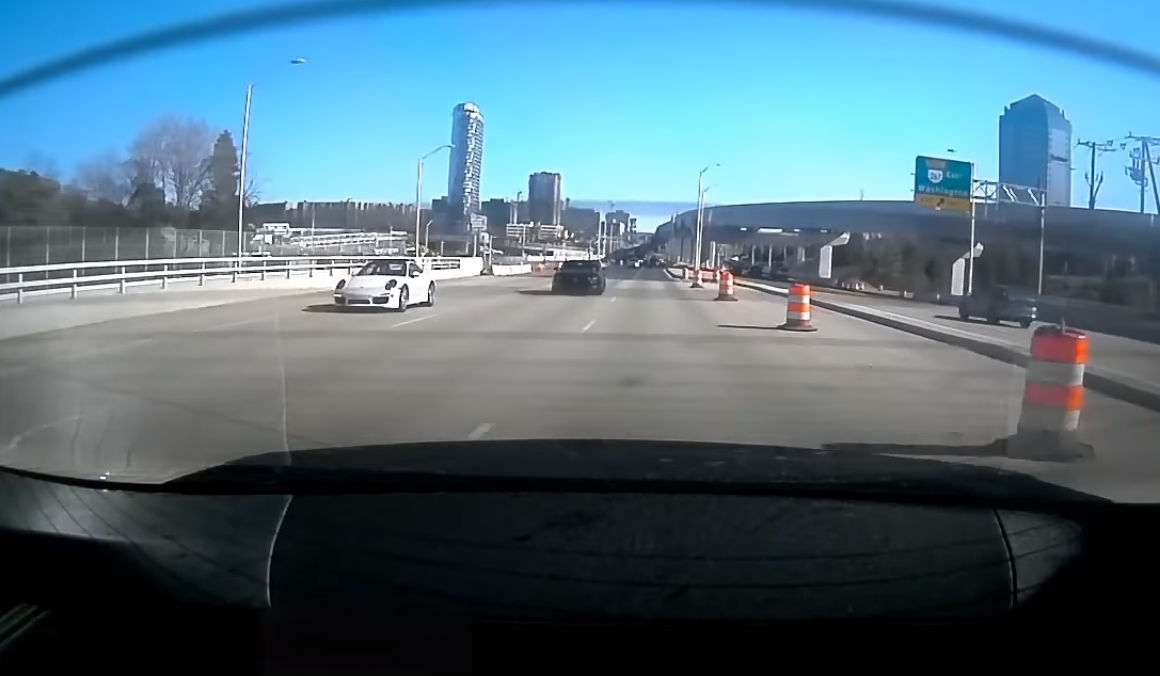 A Tesla Model S 100D recently surprised a Ford Mustang and a Porsche engaging in an on-the-spot street race. As the two high-performance cars took off, the Model S 100D silently breezed past both vehicles, leaving the American muscle car and the German sports car in the dust.

A video of the impromptu street race was shared by Model S owner Kevin Sadeghian in the private Tesla Owners Worldwide Facebook group. According to Kevin, he was in Northern Virginia this past weekend when he chanced upon the two cars just as their drivers were revving their engines and preparing to race. As soon as the light turned green, both the Porsche and the Mustang launched off the line, both cars’ engines roaring as each tried to out-accelerate the other. And then the Model S 100D passed them. Stealthily. Silently. But with authority.

In the short 19-second clip, which has since been uploaded to YouTube, Kevin’s Model S 100D could be seen accelerating and immediately overtaking the Mustang and Porsche. Just a few seconds into the video, the Model S 100D looked like it was already a few car lengths’ ahead of both vehicles. As he left the two impromptu ICE street racers behind, Kevin could not contain his laughter.

In all fairness to the Porsche, it was beating the Mustang before it was unceremoniously overtaken by the Model S 100D. In the latter half of Kevin’s video, the drivers of the American muscle car and the German sports car appeared like they just decided to give up on their race. Considering that both were smoked, or more accurately, non-smoked, by the Model S 100D, stopping the street race party at that point definitely seemed like the appropriate thing to do.

The Model S 100D is not Tesla’s fastest electric car. That honor goes to its Performance-branded sibling, the Model S P100D, a full-sized electric sedan capable of humiliating supercars like Ferraris and Lamborghinis on the drag strip. The Model S 100D is no slouch, however, especially after Tesla improved the car’s performance through an over-the-air update last year. Tesla listed the 100D’s 0-60 mph time as 4.1 seconds, though a test from YouTube’s drag racing enthusiast, DragTimes, revealed that the electric car’s 0-60 time was actually much faster at 3.6 seconds, thanks to the instant torque provided by its two electric motors.

As we noted in a previous report, a Tesla Model X recently went head-to-head against another muscle car recently, after it accepted a challenge from a Chevy Camaro 350 IROC-Z to a classic tug-of-war battle. The video, which could very well be dubbed as a battle between old-school ICE and new-school electric American muscle, ultimately ended in the Model X’s favor, despite the Camaro burning out its tires in an attempt to pull the electric SUV.