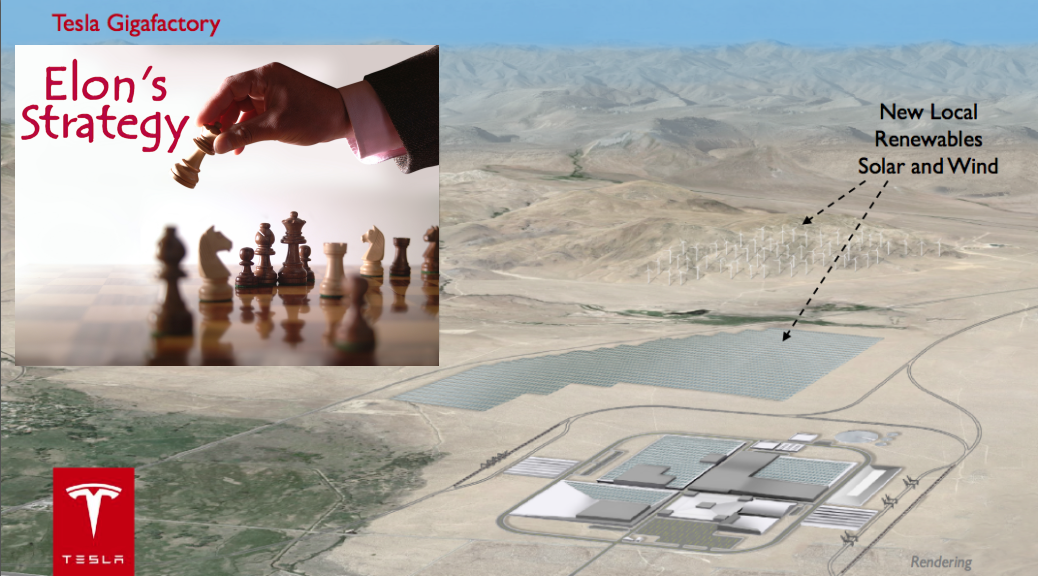 By now, everyone who has any interest at all in Tesla Motors has heard about their plans for a Gigafactory. Since the plan was introduced in February, the discussion groups and forums have been filled with thoughts on the implications of the huge battery making installation. Four potential sites were named: New Mexico, Nevada, Arizona and Texas.

Speculation about how this would change things became rampant. Nicolas Zart asked how it would affect Tesla’s long-standing relationship with Panasonic, who provides the batteries being used in the Model S and that will likely be used in the upcoming Model X. Yet a more persistent question in the peanut gallery has been why Tesla would choose the states it mentioned as candidates for the factory.

To be straightforward, there was a lot of strategic thinking that went behind the choice of the four states mentioned, and there’s a good reason that a couple of those states, deemed as “Tesla-unfriendly,” are on the list. The states chosen are all within a specific logistical area. They’re warm weather states, have little seismic activity, are within easily-accessed and well-established transportation corridors (trains, highways, etc.), have low-cost land available, and have a surplus of most energy types.

This means that transport of materials and finished products to and from each of these locations is relatively easy and requires minimal work to customize. All of them are in sunny locations (a primary requirement for a solar farm as large as Tesla proposes) and they all have access to low-cost energy at surplus should the wind and solar plans take longer to establish or not perform as expected.

Costs and Baskets of Eggs

Each of the four states named also have highly conducive political environments for business. California, love it or hate it, is one of the worst places in the nation to attempt to start a manufacturing business in terms of bureaucracy, costs, and red tape. Choosing California would also mean Tesla would be putting all of their eggs into one basket, as it were, geographically and politically. This would directly affect our next point. We’ll discuss that in a moment.

All four of the states listed have low or no corporate income tax, have relatively low property taxes (even for industrial use), and are about as business-friendly as a state’s government can be without giving away the farm. Nevada and Arizona also have corporate-friendly incorporation laws, should Tesla need to use them.

Now for the real meat of it. Tesla has already leveraged California for about everything it can in terms of concessions and breaks. California would likely be willing to do a lot to help Musk get his Gigafactory built, but it’s just as likely that the other candidates would do just as much on top of their already-friendly atmosphere, industry-wise.

Further, two of these states (do we need to name them?) have been less than friendly to Tesla during the dealership vs direct sales battles. Dangle the “create a green factory and employ a lot of your citizens” carrot, though, and suddenly the discussion might begin to change a little.

You don’t have to be Richard Nixon to see that the prospect of one of the world’s largest automotive battery factories being located in your state will have a hundred benefits to every loss you might politically incur for turning your back on your friends at the auto dealer’s association.  Especially if you’re a governor with hopes of getting into the White House (ahemRickPerryahem).  It’s things like the Gigafactory that can build legacies for those with the savvy to utilize the PR potential.

Putting it together, the strategy behind the Gigafactory’s geographic location is very astute. Musk and Co gain more by naming enemies in their list of potentials than they would going the relatively safe route of staying in their west coast comfort zone.