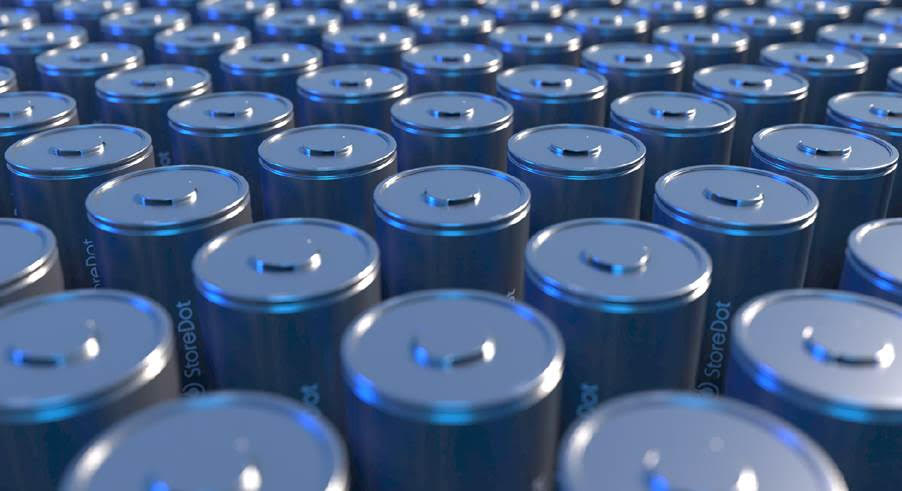 Tesla’s 4680 battery cell will revolutionize electric vehicle batteries through more energy density, longer life cycles, and increased power. However, StoreDot, an Israeli lithium-ion battery company claims it has replicated the 4680 cell with one kicker: it can be fully charged in ten minutes.

The ten-minute charge time 4680 cell has been in development for three years, according to StoreDot CEO Dr. Doron Myersdorf. “Achieving the goal of extreme fast charging a cylindrical cell in only 10 minutes has been on StoreDot’s technology roadmap from day one,” Myersdorf said. “After three years of vigorous development and testing, leveraging multiple vectors of our world-class researches, I am hugely proud at the effective collaboration across our globe that enabled this important achievement. It’s highly significant that we can offer Electric Vehicle manufacturers the choice of cell formats, utilizing our XFC technology that will overcome the current barriers to EV ownership: range and charging anxiety.”

Tesla unveiled their 4680 cell at Battery Day last September, a groundbreaking new battery chemistry that would launch the automaker toward price parity with gas cars and would increase the effectiveness of the company’s batteries. Currently, Tesla is building the cells in-house at the Kato Road facility in Northern California, but it is also seeking third-party suppliers to help produce the cells as they will be used in Tesla’s high-volume vehicles, like the Model Y.

StoreDot’s 4680 cells appear to be similar, but the big difference is the claim about the charge rate. While Tesla’s 4680 cells are rumored to charge in fifteen minutes, according to Keith Ritter of PE Engineer Compliance (via InsideEVs), StoreDot’s cells are capable of a ten-minute charge.

The company said in a press release:

“StoreDot’s extreme fast charging cylindrical cells utilize a 4680 format, the one increasingly favored by global car makers, and have been in development for over three years. Pioneering work for these breakthrough technologies was kicked off at Warwick University in the UK with collaboration with StoreDot’s strategic partner – BP. It has been further developed harnessing experts from across the globe. The work is covered with five patents in the area of cell design and uses StoreDot’s continuous tab technology. Such cell design increases throughput and addresses safety and performance issues typically associated with the hard case structure of cylindrical cells. Testing at StoreDot facility has shown promising low levels of internal resistance. Cylindrical cell samples are now ramping up the production lines at EVE Energy, StoreDot’s manufacturing partner in China.”

StoreDot said it is in discussions with leading automotive manufacturers, although it did not detail specific brands. The increase of 4680 cells on the market could make the EV sector more competitive if large-scale companies have access to the batteries, but they won’t enter scale production until 2024.