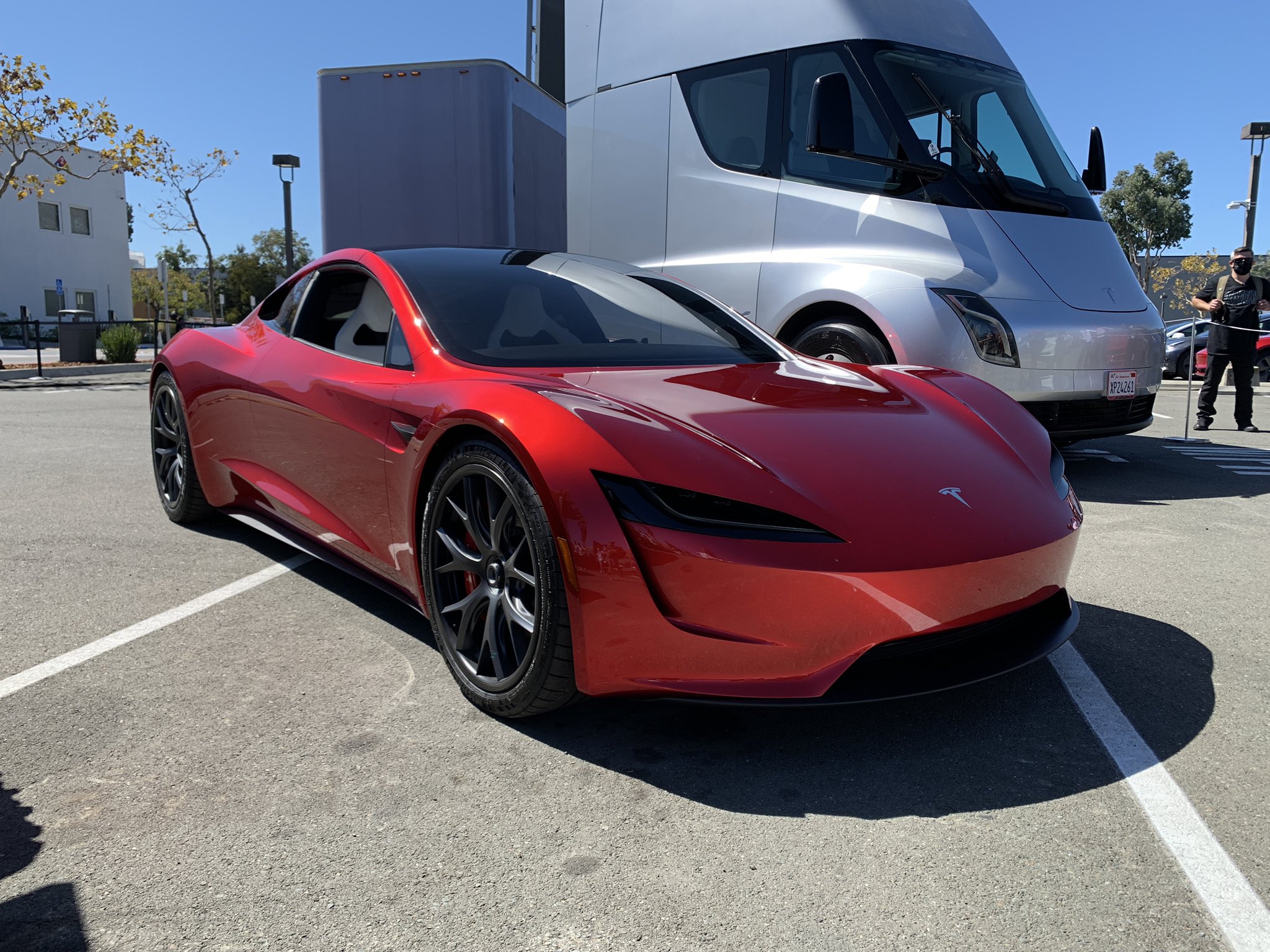 Tesla CEO Elon Musk said the electric automaker could ship the next-generation Roadster in 2023, as long as 2022 is not filled with “mega drama” in terms of supply chain shortages.

The Roadster was due to be delivered for the first time in 2020. The second generation of Tesla’s first-ever vehicle has been plagued by setbacks due to battery constraints and other challenges, including the ramping of Tesla’s mass-market Model 3 and Model Y. Simply put, Tesla has a lot of projects in the pipeline, and the Roadster is not necessarily the most important element of the company’s goal to accelerate the transition to sustainable energy.

Tesla and Musk have remained relatively quiet regarding Roadster production, with the CEO’s last updates coming in early 2021 during an appearance on the Joe Rogan Experience Podcast. Musk highlighted his want for the Roadster to equip the cold-gas SpaceX thrusters that could make the vehicle hover and have insanely-fast 1.1-second 0-60 acceleration rate and white-knuckle performance. Due to the challenges with production and supply chain restrictions, there hasn’t been a set timetable for Tesla to release the Roadster.

However, Musk tweeted on Wednesday that the Roadster could finally arrive in 2023, as long as 2022 doesn’t present massive bottlenecks in production. “Assuming 2022 is not mega drama, new Roadster should ship in 2023,” Musk said.

2021 has been the year of super crazy supply chain shortages, so it wouldn’t matter if we had 17 new products, as none would ship.

The supply chain shortages that have plagued much of the automotive industry have not affected Tesla as badly as other automakers. Tesla detailed its ability to develop 19 in-house microcontrollers that helped the company avert the massive shortage of semiconductor chips. This development has helped Tesla avoid lengthy production outages, keeping assembly lines rolling and increasing delivery and production figures through a tumultuous 2021.

The Roadster has been highly anticipated by many Tesla fans, especially those who earned the vehicle through the company’s Referral program. The vehicle is sure to turn heads with its lightning-fast 1.9-second 0-60 MPH acceleration rate. If Tesla can actually make the vehicle hover as it plans to, the company could be looking at one of the most revolutionary automotive inventions ever, although Musk has said that there will be a limitation on how long the vehicle will be able to “fly.” Regardless of its unconfirmed capabilities, the long-awaited Roadster could be here in less than two years if Musk’s calculations are correct.