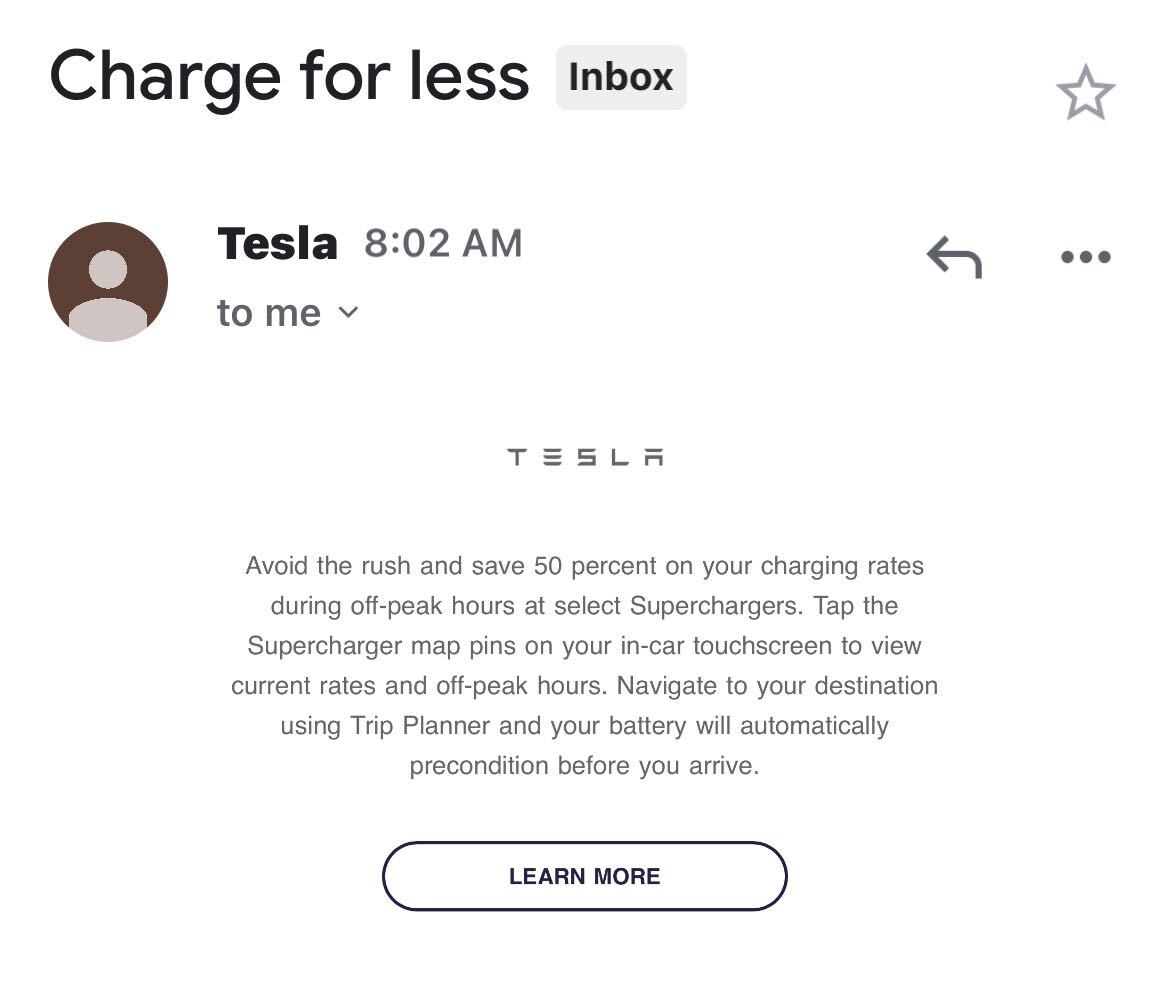 Tesla is giving 50% off discounts at select Superchargers in Texas during off-peak hours. I suspect this is to help the Texas grid cope with the intense heat wave affecting the Deep South. Gail Alfar shared on Twitter that when she checked her screen, Tesla had alerted her to the half-price charging before 11 AM and after 8 PM.

Thank you for the email @Tesla or I honestly would not have known that this great deal existed 💗✨ pic.twitter.com/DOtrsLJgbR

The discounted Supercharging rates will encourage Tesla owners to charge their vehicles during off-peak times which will help the Texas grid.

Whether or not Tesla is extending this discount to other states suffering from the heatwave isn’t known.

I would assume not since Texas has its own grid and Tesla’s now headquartered there. Tesla is also working with the state’s utility to help reduce the load on the grid.

In 2021, Tesla offered the same deal to California customers with a focus on busier Superchargers to help reduce the cost.

When I asked Gail to share her thoughts, she told me,

“From my perspective, the half-price charging is an effort by Tesla to encourage people to charge at off-peak hours. I feel this is a direct response to yesterday’s announcement by ERCOT, to conserve power between 2 PM and 8 PM because of record hot temperatures, which are driving high power demand in my state of Texas.”

“My hope is also that ERCOT will welcome VPPs (virtual power plants) and incorporate Tesla customer Powerwalls into supporting the grid (on a volunteer basis).”

Yesterday, the Electric Reliability Council of Texas (ERCOT) issued a conservation appeal. The utility asked its customers to voluntarily conserve electricity yesterday between 2-8 PM. ERCOT and the Texas Public Utility Commission (PUC) are also working with Tesla to help stabilize the grid.

On July 11, Tesla, ERCOT, and the PUC held a workshop to address the consideration of a distributed energy resource pilot. There have been some updates and that is coming in another article.

If Tesla can convince the PUC and ERCOT to allow Tesla Powerwall customers to send power back to the state grid, this will help the grid deal with the extreme heat and other weather events.