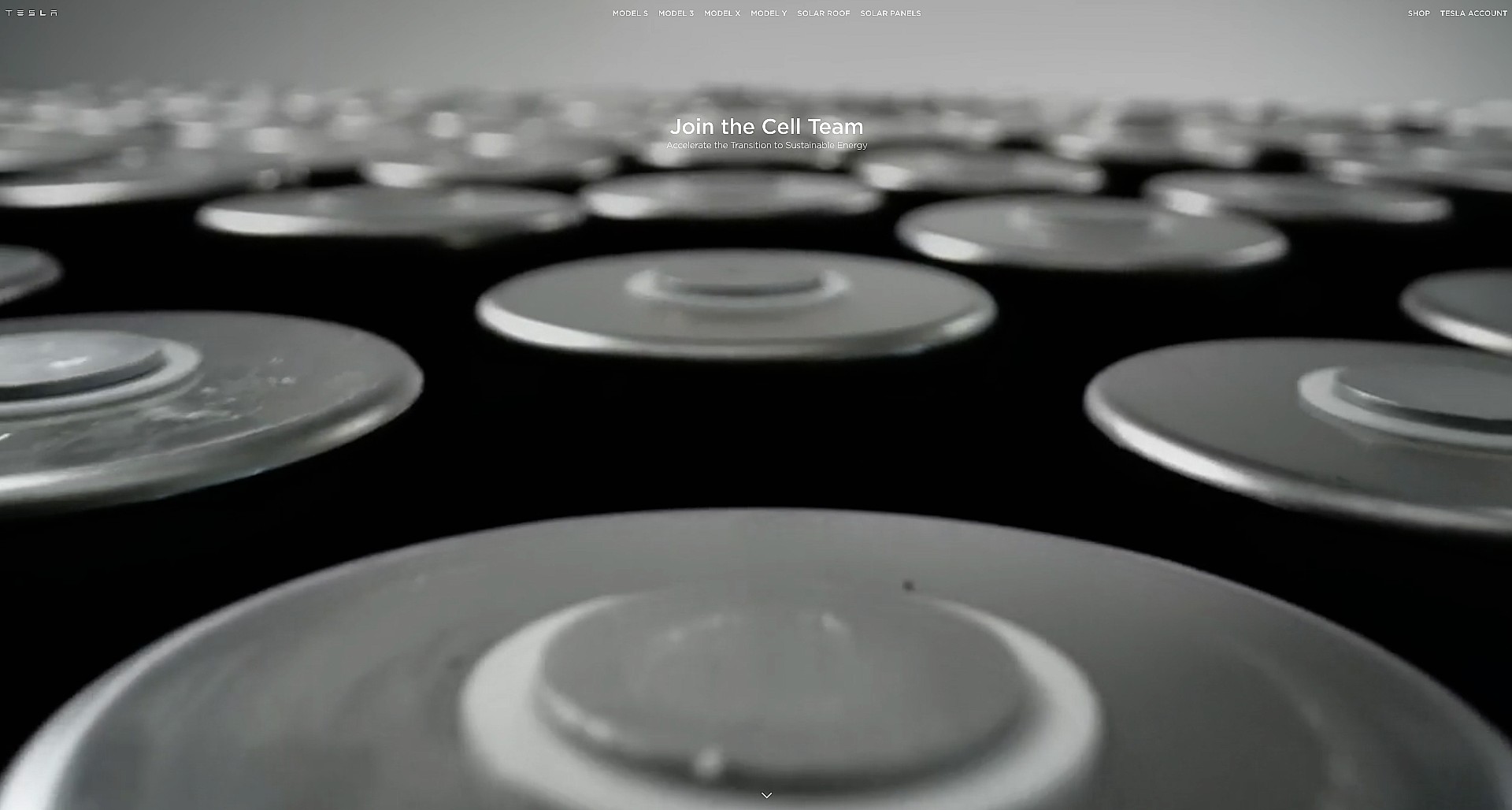 Tesla has officially launched a new Battery Jobs portion of its website, inviting engineers, manufacturing, materials, equipment, and operations workers to join its monumental push toward a “terawatt-scale battery production” effort. “Tera is the new Giga,” the page’s catchphrase says.

It is no secret that Tesla has been working to ramp the production and manufacturing processes of its battery cells ever since the company outlined its plans during the Battery Day event in September. Now, the company has added a page to its official website at Tesla.com, which invites anyone who is interested in accelerating the transition to sustainable energy to join the team.

The header of the page outlines the complete process of manufacturing a Tesla battery pack. After unraveling the new structural pack that the company designed and revealed during the Battery Day event, numerous snippets of film show parts of the battery cell manufacturing process, including the rolling process of the cell which lines the cathode, the separator, and the anode, together to create a battery. Tesla called this the “jelly roll” during the event.

Additionally, the site shows the plan to increase range by 54%, decrease the price of production per kWh by 56%, and the 69% investment per GWh reduction. All of these factors contribute to a more affordable electric car that will offer more range, more efficiency, more power, and more energy.

Tesla has been trying to recruit high-level engineers to solve manufacturing bottlenecks as well. CEO Elon Musk has stated in the past that too many intelligent people go into finance or law, and not enough end up working in manufacturing to create solutions to problems. As Tesla has stated in the past, the company will eventually be matched by other automakers in EV quality. Still, it plans to be “head and shoulders” above everyone else in terms of manufacturing efficiency, which will ultimately set it apart from its competitors.

Cell manufacturing could lead to Tesla’s ultimate long-term success as a car company. While many legacy automakers have been forced to adopt electrification methods as Tesla has revealed the environmental dangers of gas cars and shown that EVs can be a fun consumer product, these companies have failed to begin designing battery sourcing methods. Failure to begin strategizing these methods could ultimately lead to a company’s downfall, as EVs will eventually be more popular than gas vehicles.

Tesla plans to use in-house battery manufacturing to control its destiny, which is more than other companies will be able to say. While sourcing cells from third-party manufacturers can be advantageous in the short-term, it will cost greatly in the long-term and could cut into margins. If a company has plans to mass-produce electric vehicles, Tesla’s route is likely best. Ford has admitted it, even after labeling Tesla’s battery methods as non-advantageous.

Tesla’s ultimate focus on the base of any EV, the battery, will lead to domination in a market that it already controls. With some of the top engineers designing production methods for the company, Tesla’s future appears to be extremely bright in an everchanging automotive sector.