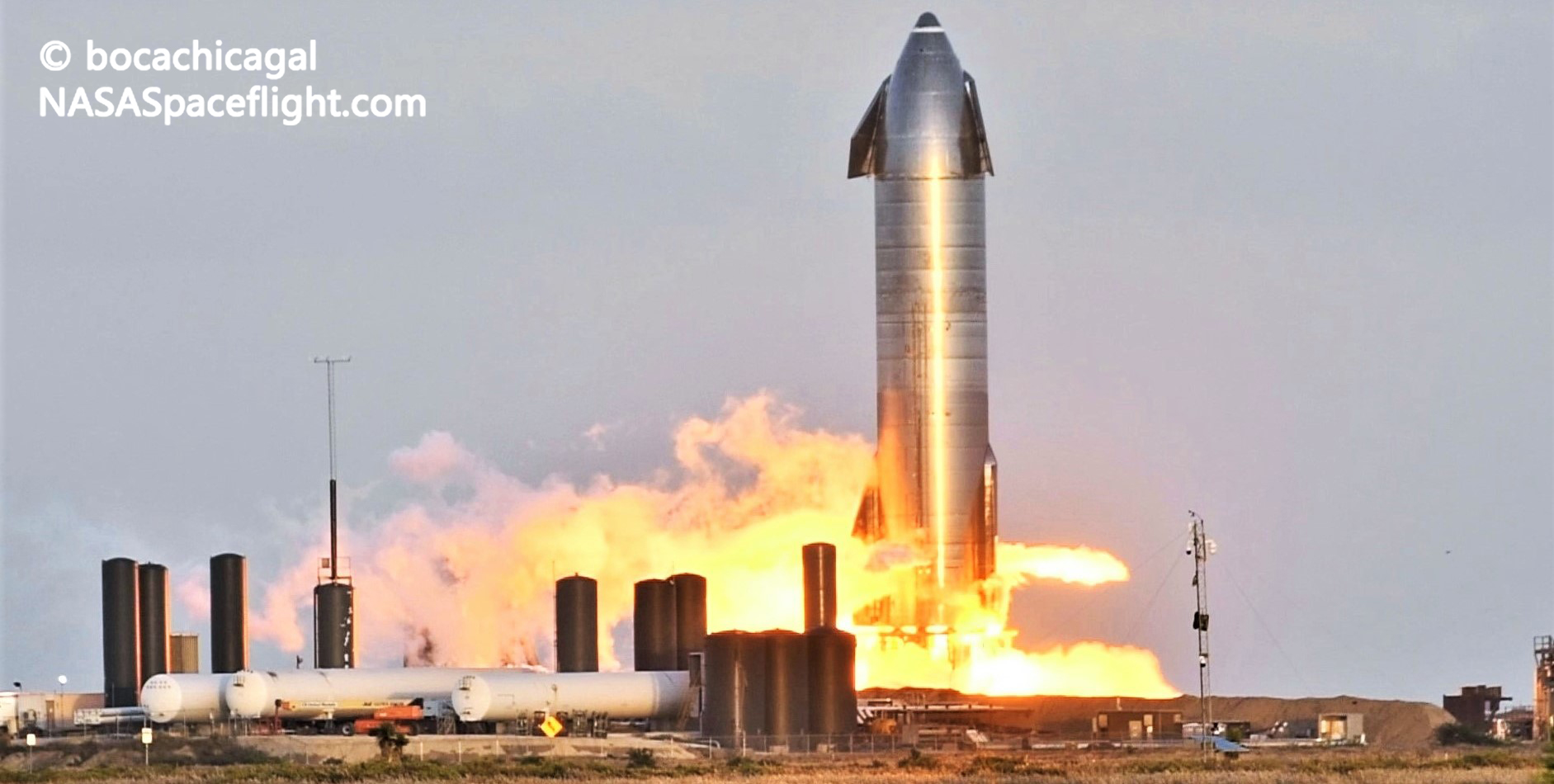 Back on November 13th, an otherwise successful one or two-engine static fire nearly ended in catastrophe when the hypersonic Raptor exhaust kicked up blade-like debris that severed crucial control cables and triggered an apparent engine meltdown. Thanks to a “burst disk” failsafe, Starship SN8 – unable to actuate valves needed to depressurize – was saved from what could have been catastrophic damage. Believed to be SN32, the damaged Raptor was subsequently removed on November 14th and replaced with SN42 on November 16th.

As such, SN8’s November 24th static fire was the first with that particular set of three engines, although it was technically the rocket’s second three-engine test. SN42 now (hopefully) proven to be flight-ready, it remains to be seen if SpaceX will attempt more static fires before Musk’s promised 15 km launch debut.

As of November 25th, SpaceX still has a static fire backup window open open from 8 am to 5 pm CST, while Starship SN8’s launch road closures remain in effect from 7 am to 6 pm on November 30th with backups from 8 am to 5 pm on December 1st and 2nd.

Having now spent more than a month at the launch pad, it’s increasingly unlikely that SpaceX will continue to choose caution first for upcoming Starship SN8 tests. As Musk recently noted and easily visible from public roads, SpaceX’s Boca Chica factory is developing an extraordinary backlog of giant steel rockets. Just today, November 25th, Starship SN9 (featuring “small improvements”) was stacked to its full 50-meter (~165 ft) height after SpaceX kicked off nose section installation. In simpler terms, if SN8 is destroyed during testing, Starship SN9 will likely be ready to roll to the launch site almost as soon as the pad is clear.

Meanwhile, Starship SN10 is likely just 7-10 days away from a similar nosecone stacking milestone and Starship SN11’s tank section is just one stack away from completion, likely putting it less than two weeks behind SN10. In other words, insofar as speed is a priority and each prototype is anywhere close to as cheap as Starship’s majority-steel bill of materials might suggest, SpaceX is building the rockets so quickly that it almost doesn’t make sense to spend more than a few weeks working through any given ship’s bugs for as long as prototypes remain firmly suborbital.

Musk also says that Starship SN15 will be the host of some mysterious “major upgrades”, likely implying some substantial manufacturing improvements and design refinements. Given that large portions of Starship SN15 (and likely SN16, too) are already visibly in work in Boca Chica, it makes even less sense to spend outsized amounts of time on a much earlier prototype.

It doesn’t come as a huge surprise, then, that Musk has given SN8 – warts and all – a 33% chance of successfully launching, ‘skydiving’ back to Earth, reigniting one or more Raptors, and landing in one piece. The only real certainty is that regardless of the outcome, Starship’s high-altitude launch debut is guaranteed to be spectacular. Stay tuned for updates as we get closer to SpaceX’s November 30th target.