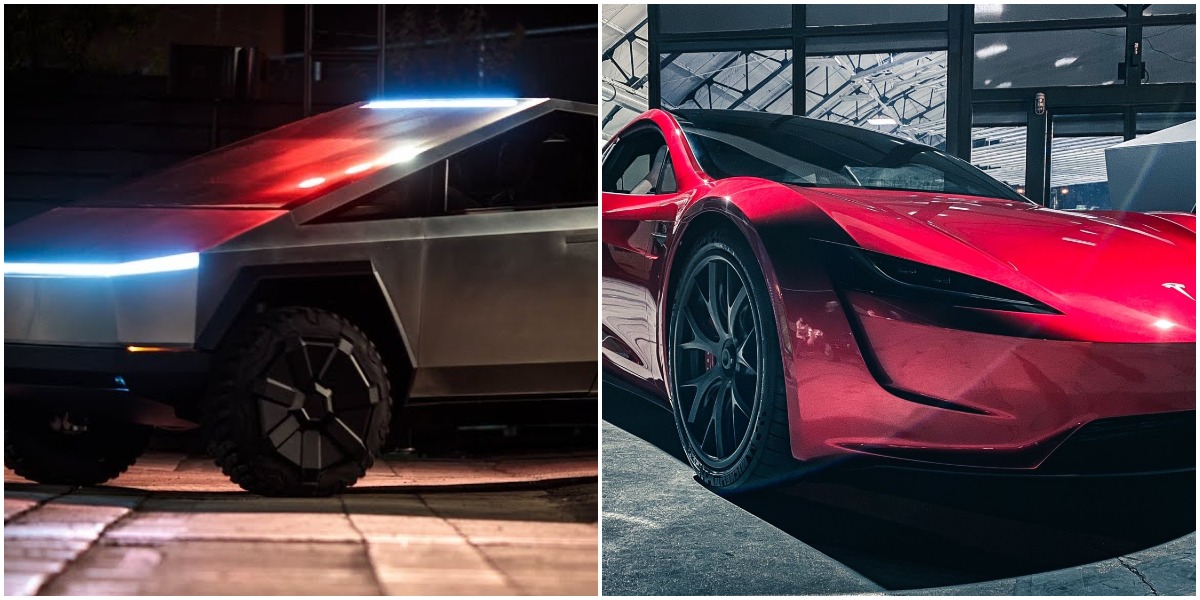 Tesla has continued to attempt to improve its battery packs and cells despite being the industry leader in EV battery tech. Interestingly enough, the electric car company located in Silicon Valley has had some of the best vehicles in terms of EV range in the past ten years. While other car companies were struggling to equip their attempts at electric cars with 100 miles of usable range, Tesla was and has been pushing the envelope since the original Roadster in 2008.

But even though the company has facilitated several vehicles in its fleet to have over 300 miles of range, and one with over 400 miles, it hasn’t been enough to let Tesla’s battery engineers rest. Even though the Model S Long Range Plus configuration packs 402 miles of electric range, which is plenty for most drivers, Tesla has several cars in the works that pack considerably more range than that. These are also not your “run of the mill” EVs, either. They are the Tri-Motor Cybertruck and the next-gen Roadster.

Batteries are what drive an EV to be all that it can be. They are responsible for the range and the performance of the car, along with the motors and engineering of the chassis and body. However, battery tech is ultimately what decides if a vehicle is going to be a successful electric car or just another one to add to the list of underperforming automobiles.

The problem with batteries is that there are no two cells that are the same when the materials that are used within are concerned. Not only that, but sometimes the elements that make some batteries stable and help with energy density are controversial. This is the case with cobalt.

But before I go into a spiel about Tesla’s use of cobalt and how the company responsibly sources it, let’s stay on topic.

Tesla’s battery teams in Canada, led by Jeff Dahn at Dalhousie University, released a new paper this week that indicated an electrolyte solution could contribute to increased battery energy density, and could lead to an extended lifespan.

The solution would be used to combat the effects of degradation, and would ultimately lead to a longer life span and increased energy density. Enter the Tri-Motor Cybertruck and Roadster.

Both of these cars have range ratings that are well above the Model S Long Range Plus variant. The Cybertruck’s Tri-Motor will have 500+ miles of range, and the Roadster will have 620 miles.

Starting with the Cybertruck, which has an estimated range of “500+ miles,” according to Tesla’s website. Currently, Tesla does not have a battery pack released that is capable of that kind of range, so the batteries must improve. The Tri-Motor setup will certainly help with the towing capacity and acceleration. Still, the battery pack within the Cybertruck has to work efficiently to not only supply power to those motors, but it also has to maintain energy so it can keep range at a reasonable level.

With the Roadster, things are slightly different. This car will (more than likely) not be towing things or have excessive amounts of cargo in the back, so there isn’t as much involved with maintaining range through laborious work. However, it is one of the fastest cars ever made, and Elon Musk has said in the past that the range of the Roadster will be over 1,000 kilometers or 621 miles.

Ultimately, the development of Tesla’s cells has to continue to improve. Obviously, the battery packs for both of the vehicles that were talked about in this article will have battery packs that are larger than the 100 kWh packs that Tesla puts in the Performance variants of the Model S and Model X. But there is a chance that Tesla equips the Cybertruck and Roadster with smaller, more energy-dense batteries like the 2170 cells that are used in the Model 3 and Model Y.

Lucid’s reveal of the 517-mile range that their new EV, the Air, has, certainly must have lit a fire under the rear-ends of Tesla’s battery engineers. Tesla has had a reputation of being the EV company with the best range, and now that Lucid “technically” has the title for that, even though the car isn’t in production, Tesla will likely be gearing up for a takeback of that label.

Tesla’s battery strategy from here on out will be interesting considering other auto companies have proven they are capable of competing in terms of EV range. There is still the fact that Tesla is actually producing these cars on a massive scale and we know that the company’s cars can perform, we don’t know this about the other vehicles yet.