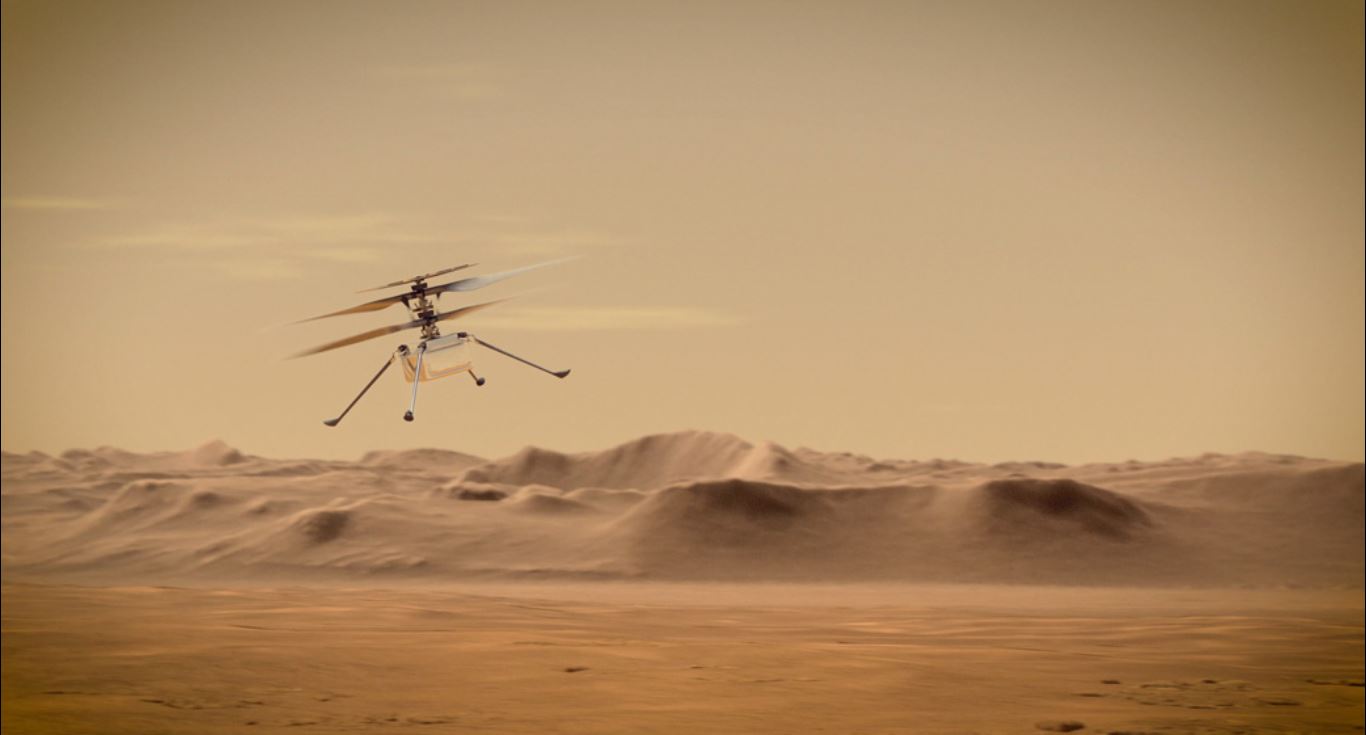 NASA’s Perseverance Mars rover is racing through space towards the red planet, and one of its onboard companions just completed an important mission milestone. The team running Ingenuity, a tiny helicopter set to be the first craft to fly on another world, powered systems up on August 7 and brought its six lithium-ion batteries up to 35% charge using Perseverance’s nuclear power supply. This was the first time the rotorcraft has been turned on since entering space at the end of July this year after its launch aboard a ULA Atlas V rocket.

“This was a big milestone, as it was our first opportunity to turn on Ingenuity and give its electronics a ‘test drive’ since we launched on July 30,” noted Tim Canham, Ingenuity’s operations lead at NASA’s Jet Propulsion Laboratory (JPL) in California. “Since everything went by the book, we’ll perform the same activity about every two weeks to maintain an acceptable state of charge.”

Ingenuity and Perseverance are currently about 28 million miles from Earth and have around 264 million miles to go before reaching Mars. The mission is expected to land on February 18, 2021, in the Jezero Crater, a dried lake bed slightly north of the planet’s equator. While there, the rover’s instruments will be focused on astrobiology, namely in looking for signs of ancient life. 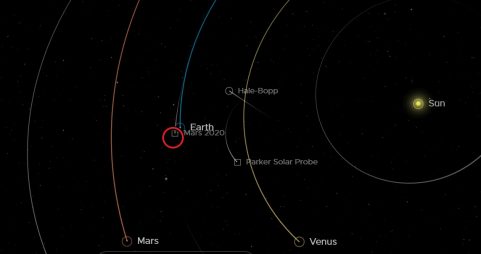 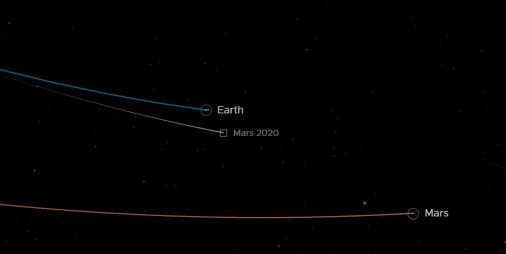 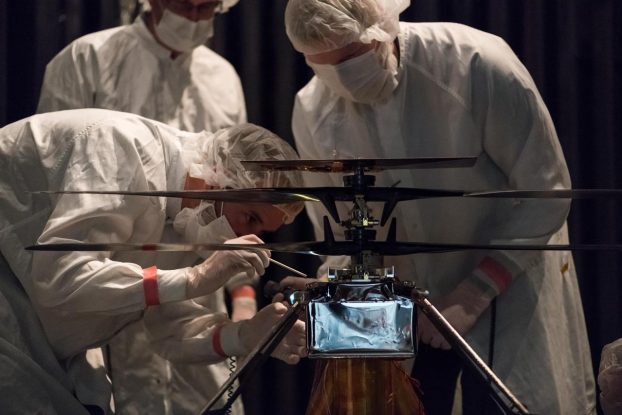 Members of NASA’s Mars Helicopter team attach a thermal film enclosure to the fuselage of the flight model (the actual vehicle going to the Red Planet). The image was taken on Feb. 1, 2019, inside the Space Simulator, a 25-foot-wide (7.62-meter-wide) vacuum chamber at NASA’s Jet Propulsion Laboratory in Pasadena, California. (Image Credit: NASA/JPL) 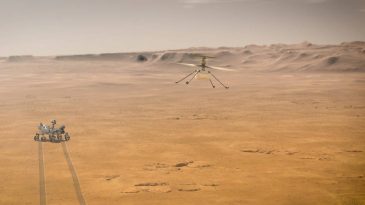 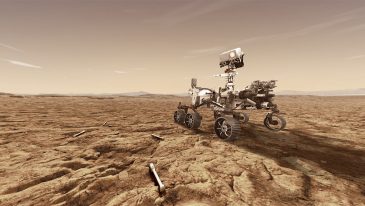 After Ingenuity reaches Mars, its power source will switch to a solar panel installed on its tiny four-pound frame. It will then have about 31 days of testing to prove that rotorcrafts can be used for serious off-planet science in the future by adding an aerial dimension to exploration capability.

“This [helicopter battery] charge activity shows we have survived launch and that so far we can handle the harsh environment of interplanetary space,” MiMi Aung, Ingenuity’s project manager at JPL, said in NASA’s announcement of the milestone. “We have a lot more firsts to go before we can attempt the first experimental flight test on another planet, but right now, we are all feeling very good about the future.”

The Mars-bound helicopter isn’t the only interesting instrument tagging along with Perseverance. An experiment named MOXIE (Mars Oxygen In-Situ Resource Utilization Experiment) will produce oxygen using the existing carbon dioxide in Mars’ atmosphere as a technology demonstration. Both science fiction aficionados and multi-planetary colonization enthusiasts will be pleased to see this real-world test succeed.

You can watch NASA’s JPL video about Perseverance’s and Ingenuity’s landing spot on Mars below: