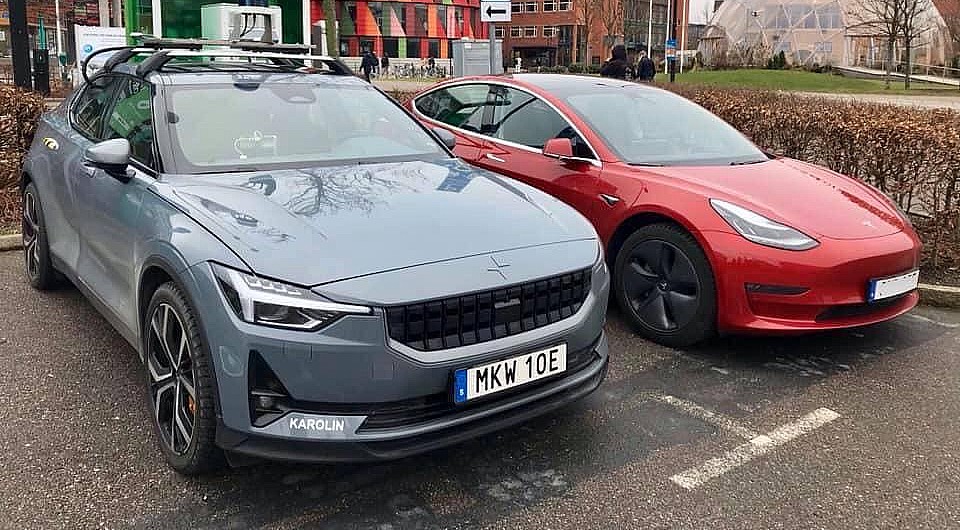 The battle for the top of the midsize electric vehicle segment just got a bit spicier, as a Polestar-backed study recently deemed the Tesla Model 3 as the “least efficient” vehicle following a “real-world” test against two variants of the Polestar 2, the Audi e-tron, and the Jaguar I-PACE. The study came to this conclusion despite the Model 3 going the farthest distance while having the smallest battery pack.

The tests were conducted by FT Techno, an independent automotive research group based in Michigan whose services include vehicle evaluation like IIHS and NCAP standardization. As noted in a Jalopnik report, Polestar was actually the source of the study.

Polestar’s test aimed to determine the efficiency of five electric vehicles that are currently on sale in a setting that is equivalent to a “real-world” environment. This allowed FT Techno of America, LLC to examine and evaluate how much of a vehicle’s claimed range could be achieved during sustained highway speeds. The vehicles included a standard Polestar 2, a Polestar 2 with Performance Package, a Jaguar I-PACE, an Audi e-tron, and a Tesla Model 3 Performance.

The “real-world” test conducted by FT Techno involved the vehicles traveling at 70 mph on an oval track to mimic a road trip. Climate control was set at 72 degrees, and outside temperatures were at 85 degrees. Regenerative braking was disabled or changed to its least-aggressive setting for the purposes of the test, and each car was pushed until its battery was completely depleted.

The Polestar 2 with Performance Package was able to achieve 79% of its estimated 250-mile EPA range, traveling 197 miles before running out of charge. At the bottom of the pile was the Tesla Model 3 Performance, which ran out of battery after 234 miles, or just 75% of its EPA range of 310 miles. With this in mind, the Polestar-backed study deemed the Model 3 the least efficient EV among the cars it evaluated.

Interestingly enough, FT Techno has not highlighted the miles per kWh for each vehicle, nor did the firm emphasize the distance traveled by the vehicles compared to the respective sizes of their battery packs. Both these factors could have skewed the test a bit towards the Model 3’s favor, considering that it has the smallest battery pack and it was still able to reach the farthest distance before its battery was fully drained.