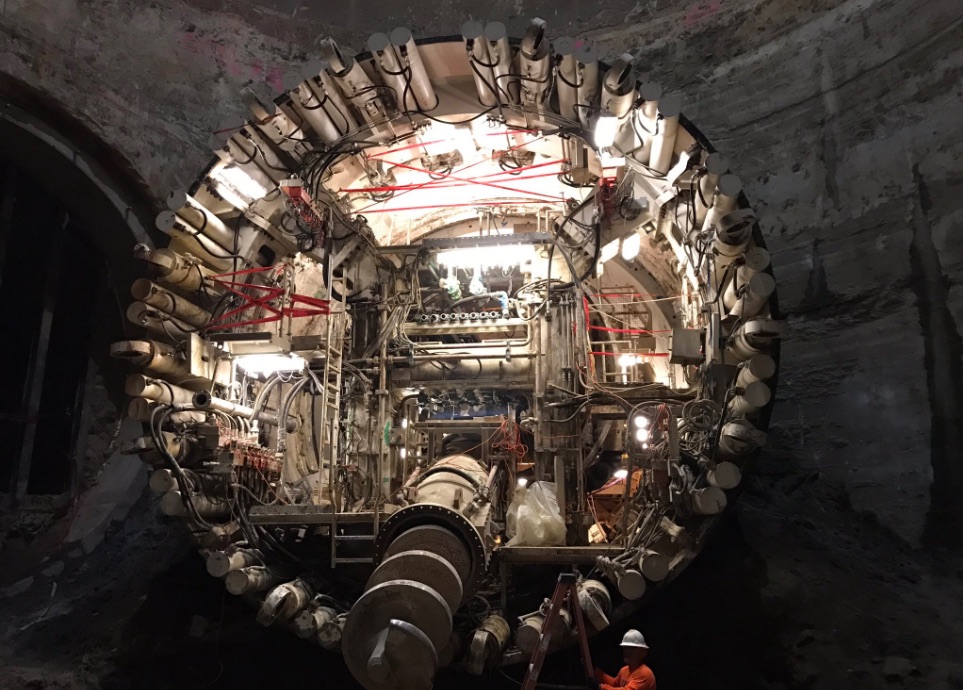 While the rest of America is gearing up for Super Bowl Sunday, Elon Musk is tweeting about the tunnel project that has begun at SpaceX headquarters. The Tweet, posted late Friday night, shows a worker with a step ladder deep underground as the business end of a tunnel boring machine is being configured. There is but one word in the tweet, a typically cryptic, “Minecraft.”

Interestingly, there appears to be another completed  tunnel in the photo. The camera seems to be located in a vertical shaft which is presumably located somewhere on SpaceX property. Musk tweeted on January 26 that the first tunnel would be “Starting across from my desk at SpaceX. Crenshaw and the 105 Freeway, which is 5 mins from LAX.”

Musk shared during the recent Hyperloop Pod Comptition that the first tunnel had already been dug beneath Crenshaw Boulevard, which runs alongside  SpaceX headquarters in Hawthorne, California.”It’s right there, you can check it out. That’s going to be the hole for the tunnel boring machine.” said Musk. “We’re just going to figure out what it takes to improve tunneling speed.”

The serial tech entrepreneur hasn’t offered many clues to why he suddenly is interested in digging tunnels, but one could presume that it might have something to do with constructing pathways for the Hyperloop transportation corridors of the future. Purchasing the land needed for new surface transportation infrastructure costs a lot of money. Boring underground could be quite inexpensive by contrast.

It may also be associated with the colonies Musk plans to build on Mars. The surface of that planet is inhospitable to human habitation. Creating a network of tunnels beneath the surface of the Red Planet could allow people to live there without ferrying building materials for external shelters from earth. Sending one boring machine to Mars could be a much less costly alternative.