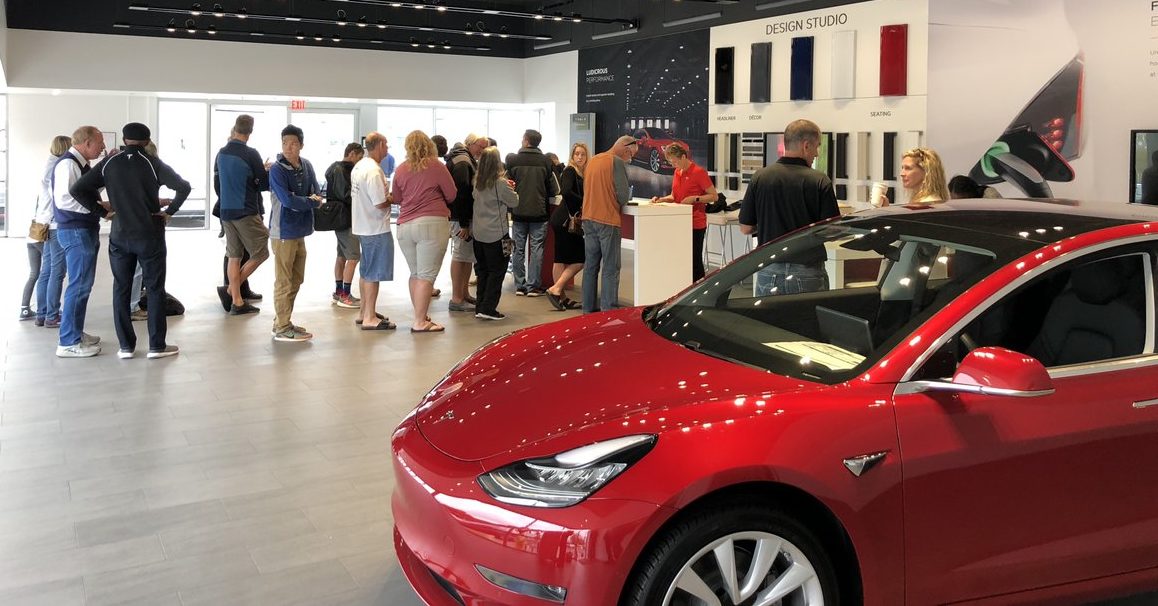 Tesla is hours away from the end of the third quarter, and the carmaker is still pressing hard on its end-of-Q3 delivery push. While the past quarters have been all about the company’s challenges in production, Q3 appears to be all about the electric car maker’s capability to get its vehicles to as many reservation holders as possible. Tesla has adopted a series of programs that allow it to expedite deliveries, from extended operating hours in delivery centers, conducting handovers at customers’ homes, to allowing volunteer owners to aid the company by orienting newcomers with the features and functions of their electric vehicles.

Elon Musk himself has noted that Tesla has gone straight from “production hell” to “delivery logistics hell.” Considering recent estimates about Tesla’s production figures this Q3, this definitely appears to be the case. Even notable Tesla skeptics, after all, have noted that the company would likely reach its self-imposed and arguably ambitious target of producing 50,000-55,000 Model 3 this quarter. Thus, for Q3, at least, it appears that Tesla’s main challenge is really its capability to deliver the vehicles it produces.

Based on social media activity from members of the Tesla community, it appears that the company’s volunteer-boosted delivery initiative continues to be strong. While volunteer Model S, 3, and X owners are not able to help with paperwork, the assistance they provide to new owners is looking to be quite invaluable. This was perfectly captured in a picture shared by the N TX Tesla Owners group on Twitter, which depicted every volunteer helping new owners download the Tesla app even before they are checked in.

@elonmusk this is our favorite photo from today. Every existing owner is helping new owners download the app, before delivery or answering questions while waiting to be checked in. #goteamtesla #dallasdeliveries pic.twitter.com/gkaaFjBQKz

Tesla owner-enthusiasts in Colorado, including social media influencers, have also returned this weekend to aid the company in delivering vehicles. Posts on Twitter from some volunteer groups even mentioned that owners have been taking shifts to assist as many new owners as possible.

#Denver @tesla dominated deliveries this week. Unconfirmed reports of 200+ cars delivered both Friday, Saturday alone. Along side Tesla were 30 volunteers providing 40+ hours helping deliver and teach new owners, including a new #Model3 for @kimbal. Props to @elonmusk and team! pic.twitter.com/bmIaCZQNdg

First and second volunteer shift at @Tesla North Houston. Lots of happy new owners even with the rain! pic.twitter.com/8kVnO0Jshx

Even in Canada, Tesla’s volunteer owners are out in full force. A Tesla owner from Ontario  even noted that the electric car maker is adopting a pretty clever strategy in one of its delivery facilities to enable quick handovers.

#Tesla craziness in Ontario – four car carries arrived while I was attempting to volunteer – cars come in one side, get detailed, matched with the owners and drive out the other side of the complex pic.twitter.com/dUrQTm2vD6

Day 2 at the delivery centre helping with orientations on the Model 3. #weekendvibes pic.twitter.com/QCeBI9r60Z

Tesla has only been in the auto business for 15 years, and as such, it is still a neophythe compared to veterans such as Ford and GM. Despite its short tenure, though, Tesla has developed a following that is almost comparable to some of the tech industry’s most iconic brands such as Apple. The company’s no-compromises approach with its cars, for one, has ultimately allowed it to grow from a niche carmaker that manufactures a small, two-seater electric sports car into a company that is creating what could very well be the electric-powered, second coming of the Ford Model T.

There is no doubt that Tesla still has a lot to learn, as evidenced by the “delivery logistics hell” that the company is currently addressing. But just like its CEO, as Tesla continues to fall forward, it becomes ever closer to achieving goals that were previously thought of as impossible.