It is difficult to deny that Tesla is a company with a dedicated following. Over the years, its electric cars and energy storage products, together with Elon Musk’s rockstar CEO status, allowed Tesla to become one of the most recognizable brands in the automotive industry. This has also allowed the company to garner a strong consumer base that is willing to pay it forward.

Tesla is facing what Elon Musk dubs as “delivery logistics hell” due to the sheer number of customer deliveries that need to be done before the end of Q3 2018. Tesla has stepped up to the challenge, reportedly conducting deliveries in its centers until 10 p.m. and adopting processes such as a 5-Minute Sign & Drive system to expedite the handover process. As the end of the third quarter nears, though, it has become evident that the company could use a helping hand.

A suggestion for a solution to help Tesla’s Q3 deliveries was suggested by IGN journalist and Ride the Lightning podcast host Ryan McAffrey on Twitter, who noted that he and a lot of Tesla owners would be willing to volunteer their time to help out with deliveries. While Tesla owners cannot help with the paperwork, they could help orient newcomers about the functions and features of their new electric car. Elon Musk loved the idea, stating that any help would be appreciated.

Wow, thanks for offering to help! The coming week is incredibly intense. If any current Tesla owners who’d like to help educate new owners could head to Tesla delivery centers during midday on Sat/Sun & morning/evening on weekdays, that would be super appreciated!

All across the social media sphere, the Tesla community immediately came alive. In Twitter alone, several owners volunteered to help out, from those who have driven the company’s vehicles since the days of the original Roadster, to those who have just received their Model 3 recently. Influencers who command a strong following in social media, as well as members of dedicated Tesla clubs, announced that they would pitch in as well. Some even noted that they would be bringing food and drinks.

It is rare to see a car company command such a dedicated following, but considering Tesla’s place in the auto industry today, the strong brand loyalty exhibited by its consumer base is not very surprising. Over the years, Tesla has pretty much transformed itself into an entity that is more than a regular car company or an energy storage provider. In a way, Tesla has become a movement of sorts, a brand that symbolizes a few embers of optimism in a world that is growing more disillusioned by the day. It would be rather easy to criticize Elon Musk for being a leader that still shows a degree of naivette from time to time, but in the case of Tesla, his leadership is arguably one of the reasons why regular electric car owners are willing to spend their personal time to help out the company. 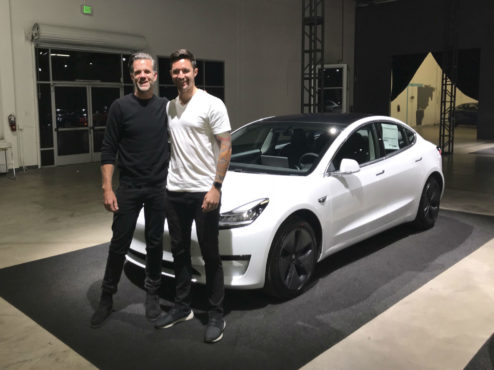 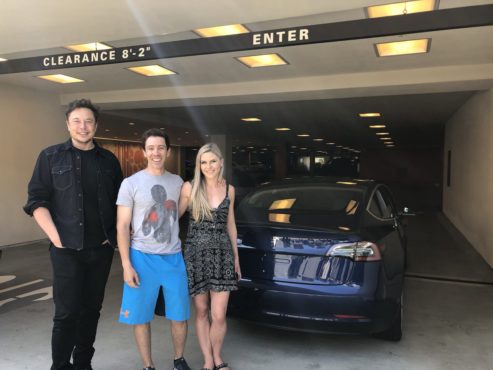 While aggressive critics of Tesla would be quick to state that the company commands a “cult” following, it’s not like its customers’ loyalty is misplaced. In the electric car market alone, it is starting to become evident that Tesla, a young carmaker that has only been around for 15 years, holds a significant lead in the EV market. Toni Sacconaghi of Bernstein, an analyst who quite literally incited Elon Musk’s frustration in an earnings call, recently pointed out that contrary to a persistent bear thesis, there is “no actual flood of competition coming” for Tesla’s vehicles, even from established legacy carmakers.

Tesla’s strength and its strong consumer loyalty are reflected in the company’s Net Promoter Score (NPS), which stands as among the highest in the auto industry. Last year alone, Tesla earned a 97 in its NPS, the highest score among automakers currently active in the US. As noted by ConsumerGauge in its analysis of Tesla’s rating back in 2017, the company’s industry-leading NPS seems to be influenced by the company’s radical approach to vehicles and the car buying experience, as well as Elon Musk’s bold, hands-on approach to the company.