Consumers Union, the advocacy division of Consumer Reports, recently called on Tesla to publicly release detailed Autopilot data behind the company’s safety claims. In a statement published on Thursday, the advocacy group stated that Tesla must improve Autopilot’s safety systems, considering that another life was lost while the driver-assist feature was engaged.

Experts from CR have determined that Tesla’s current safety systems for Autopilot is inadequate. The CR experts also noted that Tesla’s contingencies for Autopilot “fails to effectively address the safety risks of foreseeable uses of the system,” unlike other driver-assist features involving automated steering and braking.

“After another tragedy involving Autopilot, Tesla should commit to put safety first—and to stop using consumers as beta testers for unproven technology. While the results of the crash investigations will be critical to understanding all that contributed to this tragedy, previous NTSB findings already showed that Autopilot should do more to protect consumers. We see no excuse: Tesla should improve the safety of Autopilot without delay.

“Tesla markets itself as an innovator. It should not put lives at risk, damage its reputation, or risk the success of its systems—or driver assist technology as a whole—by failing to take steps that would better protect consumers’ safety. Further, the company should not make either specific or broad safety claims without providing the detailed data to back them up. They should show, not just tell, us how safe their system is,” Friedman said. 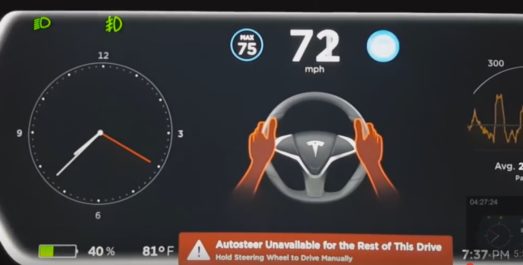 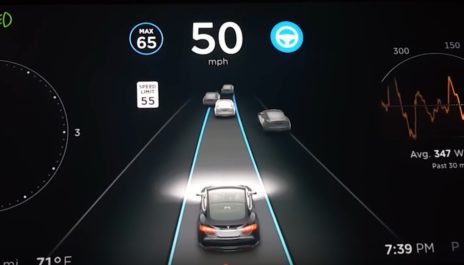 Friedman also criticized Tesla’s response to the ongoing NTSB investigation into the fatal Model X accident last month near Mountain View, CA. According to the Consumers Union executive, Tesla should improve Autopilot’s design instead of issuing defensive statements that put the blame on the driver of the ill-fated electric SUV.

“Instead of issuing a defensive Friday evening blog post or statements blaming the victim, Tesla should fix Autopilot’s design and be transparent about their safety claims. The company should publicly provide detailed data to demonstrate conditions for which its Autopilot system can safely operate.

“It should limit Autopilot’s operation only to those conditions and have a far more effective system to sense, verify, and safely react when the human driver’s level of engagement in the driving task is insufficient or when the driver fails to react to warnings. If other companies can do it, Tesla should as well.”

Just yesterday, Tesla and the NTSB issued statements about the Elon Musk-led company’s departure from the investigation into the fatal Model X accident. According to the NTSB, Tesla was removed from the probe due to the company’s insistence on releasing data to the public despite the investigation not being complete. 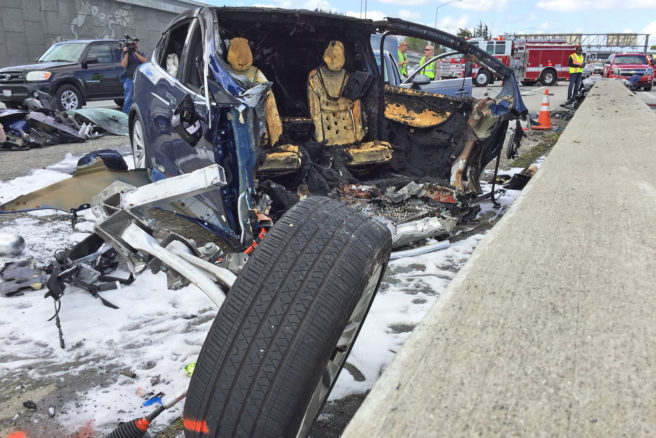 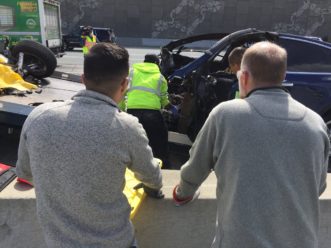 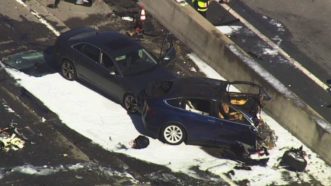 Responding to these reports, Tesla issued a statement stating that it has chosen to withdraw from the NTSB’s investigation due to the agency’s handling of the probe. The electric car maker and energy company also noted that it would be issuing a Freedom of Information Act request on the NTSB’s apparent focus on Tesla. Here are excerpts from Tesla’s statement.