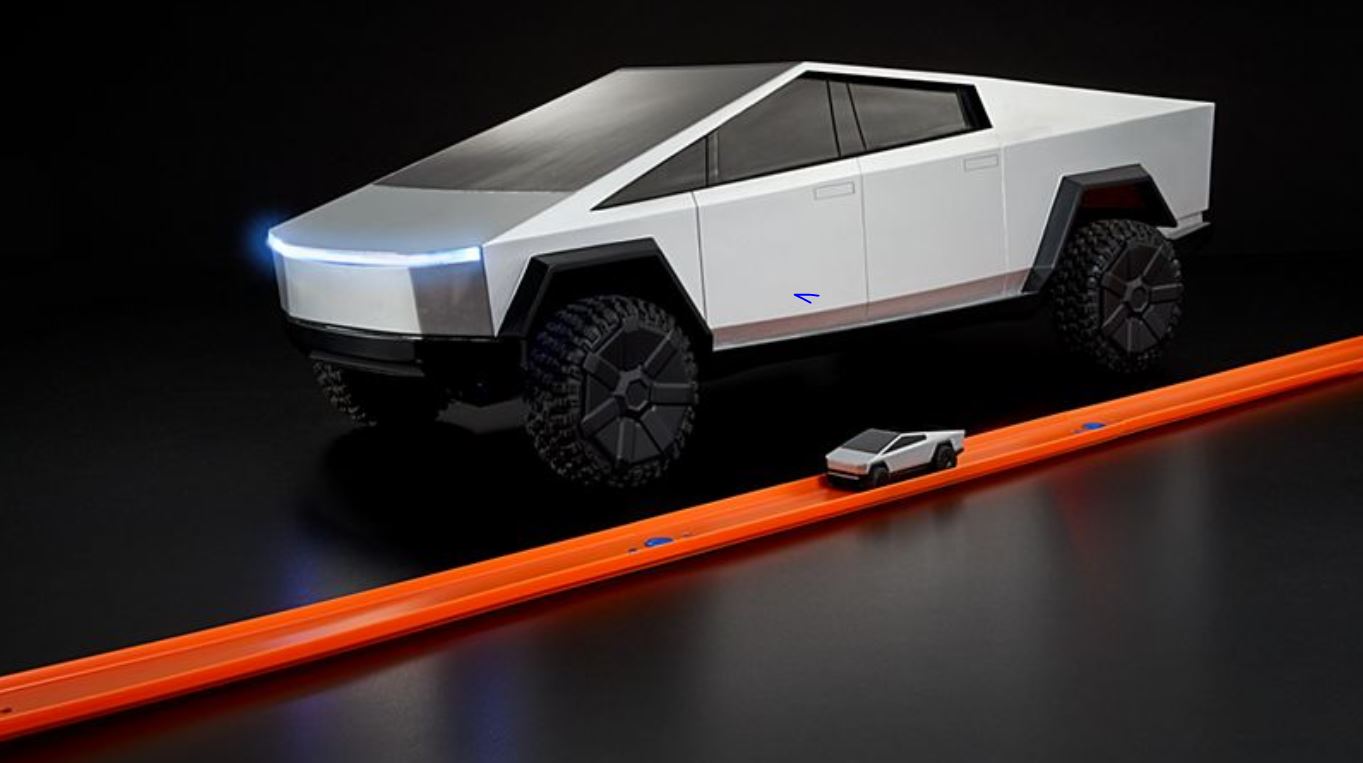 The toy for the big boys remote-controlled Cybertruck was unveiled during the Toy Fair 2020 at the Javits Convention Center in New York. The $400 scaled version of the Cybertruck instantly became the darling of the fair. Primarily designed for collectors, the RC Cybertruck comes with functioning headlamps and taillights, full suspension, all-wheel drive, and, of course, sports the eye-catching dystopian design of Elon Musk’s much-awaited pickup truck. The toy Cybertruck will also feature an operational tonneau, a telescoping tailgate and a loading ramp. It will even have a removable exterior so one can appreciate the interior design of the vehicle.

“The CyberTruck was unveiled November 21, 2019 and on the 22nd we went to work. We started looking at internet references and screen grabs and we mocked up our best stab for a prototype,” Director of Product Design at Mattel Gerry Cody said in an interview with Fatherly.

Mattel and Hot Wheels’ partnership with Tesla is not new by any means as the toymaker started with the Tesla Roadster. In fact, they have a toy Tesla Roadster on the dash of the electric sportscar that Musk sent into space. It has also created products based on the Model S, Model X, and Model 3.

The two companies know Tesla well to the point that they were allowed to produce a reusable broken window glass vinyl that toy collectors can put on their scaled-down Cybertruck.

“When we started building the prototypes, my team and I started asking: what are the features, what are the specs, and we thought about the glass. We weren’t sure what Tesla’s sensitivity was going to be regarding that moment,” Cody said. “We said ‘How about a reusable vinyl sticker?’ And they were into it. It’s not full-time, you users can take it on and off, but it’s something that’s just a great little detail.”

According to Cody, the Cybertruck RC is the fastest item for Mattel that zoomed past idea pitch to pre-sale in a matter of 90 days. They’re also amazed how the mini Cybertruck sold out so fast in a few hours.

Only serious toy collectors and Tesla fans would spend hundreds of dollars to get their hands on a scaled version of the Tesla Cybertruck and this further proves the dedicated following of the company within the electric vehicle community.

Elon Musk’s authenticity also reflects on how the company handles unexpected events such as the breaking of the Cybertruck’s windows during its unveiling. Tesla turned it to a marketing opportunity and even released a Cybertruck “bulletproof” t-shirt. A genius move.

Tesla’s collaboration with Mattel and Hot Wheels is a way to extend its showrooms to the rest of the globe. A child holding a 1:64 fast Cybertruck RC or a Tesla fan showcasing a 1:10 scaled model of the electric pickup truck can ultimately help spread the word about the vehicle and the company as a whole.

Of course, the limited-production Cybertruck Hotwheels RC went viral and built up more awareness about the real Cybertruck, which according to Elon Musk had 250,000 orders a few weeks after its unwrapping and roughly 500,000 preorders based on a recent take of an unofficial tracker created by Tesla fans.